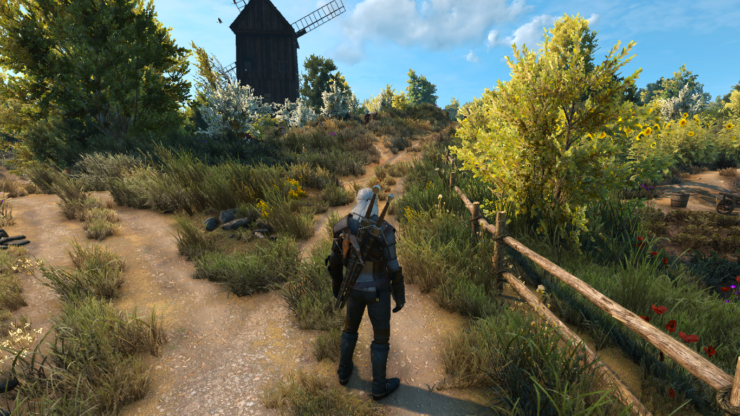 Since its release back in 2015, The Witcher 3 has received on PC a variety of mods which change the game's lighting system. While some are impressive, like the Super Turbo Lighting mod, they bring some unwanted issues due to the excessive brightness of textures. From today, however, this issue will be no more.

Zupremo recently released the Reduced Texture Brightness mod, which adjusts the brightness of textures when a lighting mod and ReShade are used. The improvements are quite noticeable, so make sure to take a look at the mod if you want to experience The Witcher 3 like you never did before.

I adjusted the brightness and sharpened 2.6gb of texture files in the game to reduce the unwanted glow when adding brightness to the game by using ReShade or mod.

Earlier this week, another The Witcher 3 mod has been released online, introducing enhancements to the Motion Blur effect.

Vanilla motion blur is inconsistent throughout the game’s different zones and badly configured imo. This mod enhances it by decreasing its strength far away and increasing it near the player, also making it identical in B&W, Velen and Skellige. So it becomes nicer for the eyes, smoothing the 30 fps experience, and adding a mere layer of realism too.