The Repopulation Switches To UE4; Survival Multiplayer ‘Fragmented’ Due Soon 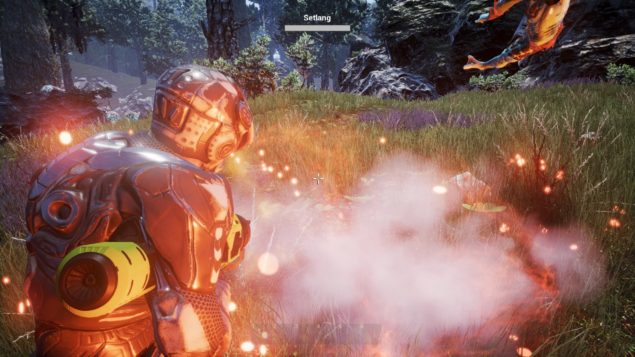 Sci-fi sandbox MMORPG The Repopulation recently got in the news due to issues with Idea Fabrik's Hero Engine, which had forced developer Above and Beyond to temporarily bring the game offline on Steam.

After lots of pondering, yesterday Above and Beyond announced that The Repopulation will be ported over Epic's Unreal Engine 4. While this will take some time to accomplish, there will be several benefits such as increased development productivity, better graphics/performance, destructible structures, an improved harvesting system and Action Mode improvements. Obviously, there's also the fact that they'll now own the source code (meaning that something like the woes with the Hero Engine can never happen again).

In the meantime, the team has been working on a trimmed down version of The Repopulation titled Fragmented. This will be a Sci-fi survival multiplayer spin-off, with simplified crafting and a stronger focus on action; testing will begin this month. Fragmented is going to be available for free if you own The Repopulation already, and its funds will help with the development of The Repopulation in Unreal Engine 4; you can check out the first screenshots and video teaser below.

Another interesting news tidbit is that not only players may have their private servers in Fragmented, but Above and Beyond intends to allow them for the MMORPG too, which is quite unusual.

One of the new key “features” that we will be implementing with Unreal Engine is how we will address server management. With Fragmented players will be able to play on official servers or play on 3rd party player hosted servers as is fairly standard in the FPS/Survival world. We will be implementing our server system to allow this to happen as well with The Repopulation on Unreal Engine. In order to run the game in “production” mode you will need a few servers in a cluster, but making use of on demand needs for zones those with a high end computer could technically run a server from their home for themselves and a few friends. We will be implementing the planned modding capabilities as well allowing for a high level of customization on 3rd party servers along with the out of the box options for changing PvE/PvP/Hardcore rules. We are very excited about the possibilities here.