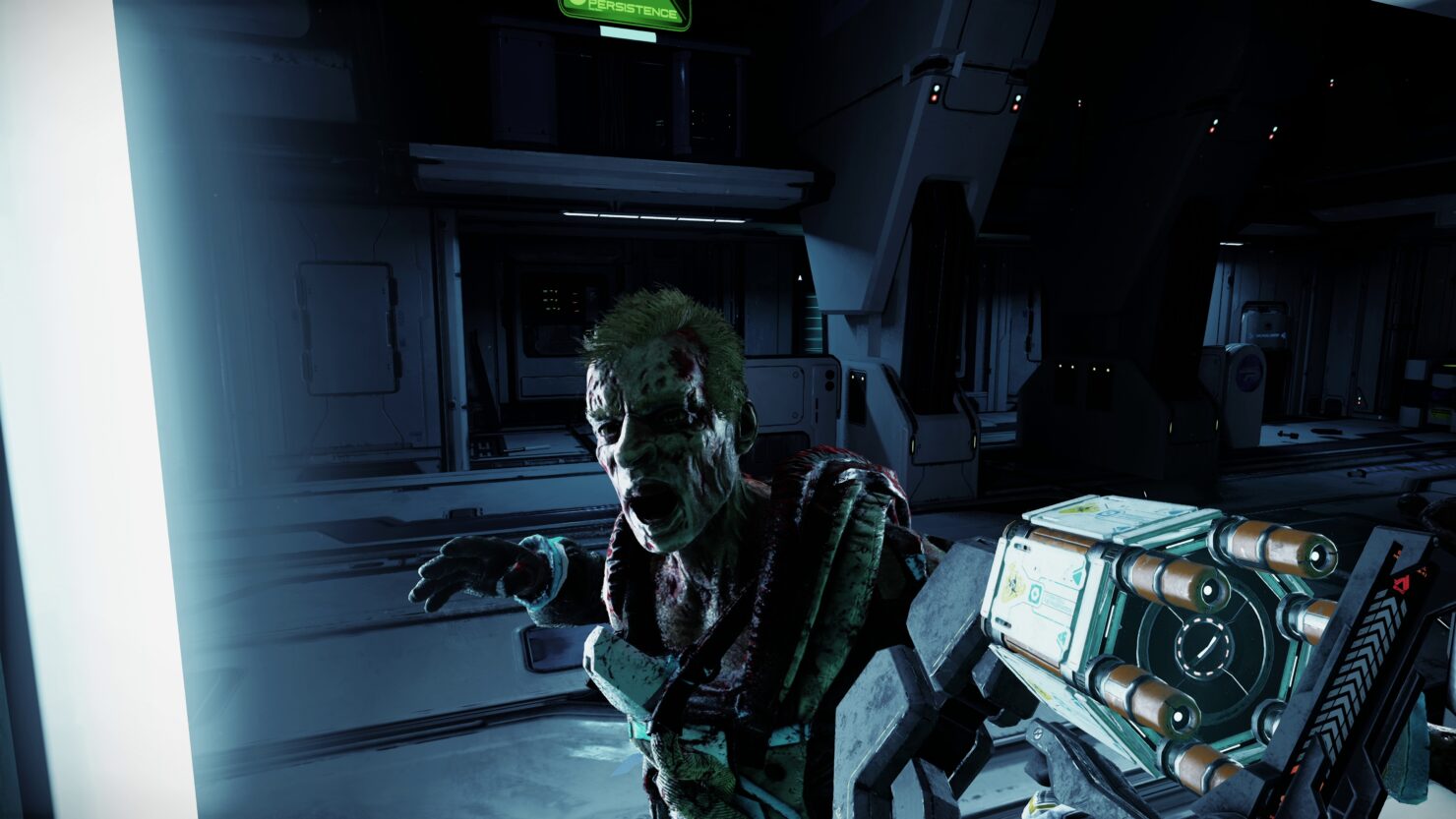 [UPDATE] Firesprite contacted us after the article's publication to clarify that there had been a mistake with the details of the Quality Mode. More specifically, The Persistence Enhanced will run at dynamic 4K and 30 frames per second on PlayStation 5 and Xbox Series X when ray tracing effects are enabled, instead of the dynamic 1080p we had been told previously. The article has been updated to reflect that.

[ORIGINAL STORY] The Persistence Enhanced has just been confirmed for a June 4th launch date on next-gen consoles and PC.

Ahead of the announcement, we got the chance to speak with Firesprite Games about this significant update (which is going to be free for those who already own the game). During our lengthy interview, Game Director and Co-Founder Stuart Tilley gave us the lowdown on the ray tracing specifications; The Persistence Enhanced will feature ray traced reflections, shadows, and global illumination.

Tilley also praised the lower loading times enabled by next-gen consoles, thanks to their SSDs and overhauled storage architectures.

[...] What's also great is the instant loading after dying and when moving between decks, there's no sense of stopping anymore, it feels so much more believable in the world where the game doesn't stop you between events. You jump in and come straight out the other way. The Persistence Enhanced just flows and holds together so much tighter on next-gen and PC.

Lastly, the developer said that the DualSense controller will make the game more immersive to play on PS5.

The adaptive triggers and haptic feedback on the controller are really quite something. I'm sure you've used it on a bunch of stuff but with regards to the weapons and the melee combat in The Persistence Enhanced, if you play on PS5 it definitely feels a lot more immersive in your hands. You feel the pull of the trigger, you feel the cold steel against that guy's skull when you hit him with the lance.

Come back tomorrow for our full The Persistence Enhanced interview with Firesprite Games.