With the M2 having only just been officially unveiled to the world, EA and Ghost Games give the brand-new BMW its video game debut. Starting November 3rd the BMW M2 Coupé will be available to drive, and customize, in Need for Speed.

The BMW M2 Coupé represents the successor of the historical BMW 1 Series M Coupé. With its 6-cylinder engine and rear-wheel drive, the BMW M2 Coupé sets new benchmarks in terms of driving dynamics and agility. Moreover, the consistent use of iconic M design elements contributes to its expressive design and authentic M appearance. With an engine output of 272 kW (370 hp) and a maximum torque of 500 Nm, this car is a power pack, letting you know the true promise of ultimate driving pleasure! 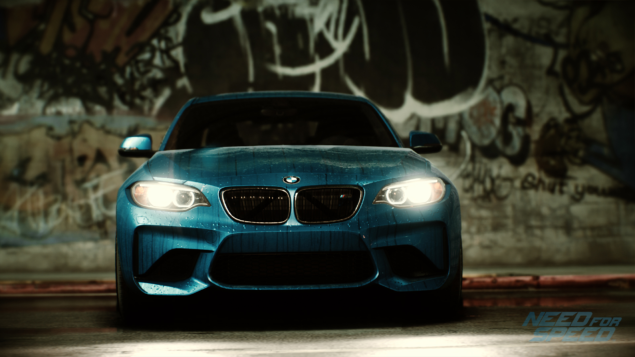 EA and Ghost Games have recently revealed a new set of cars for Need for Speed, bringing the total of announced rides to 49. Alongside they released a new batch of truly gorgeous screenshots, showcasing the new vehicles.

Providing fans with what made the franchise such a big success in the first place, and the Need for Speed Underground titles such a big hit with the gaming community, the latest iteration's night-time atmosphere and underground scene provides the perfect throwback to the classic memories of old.