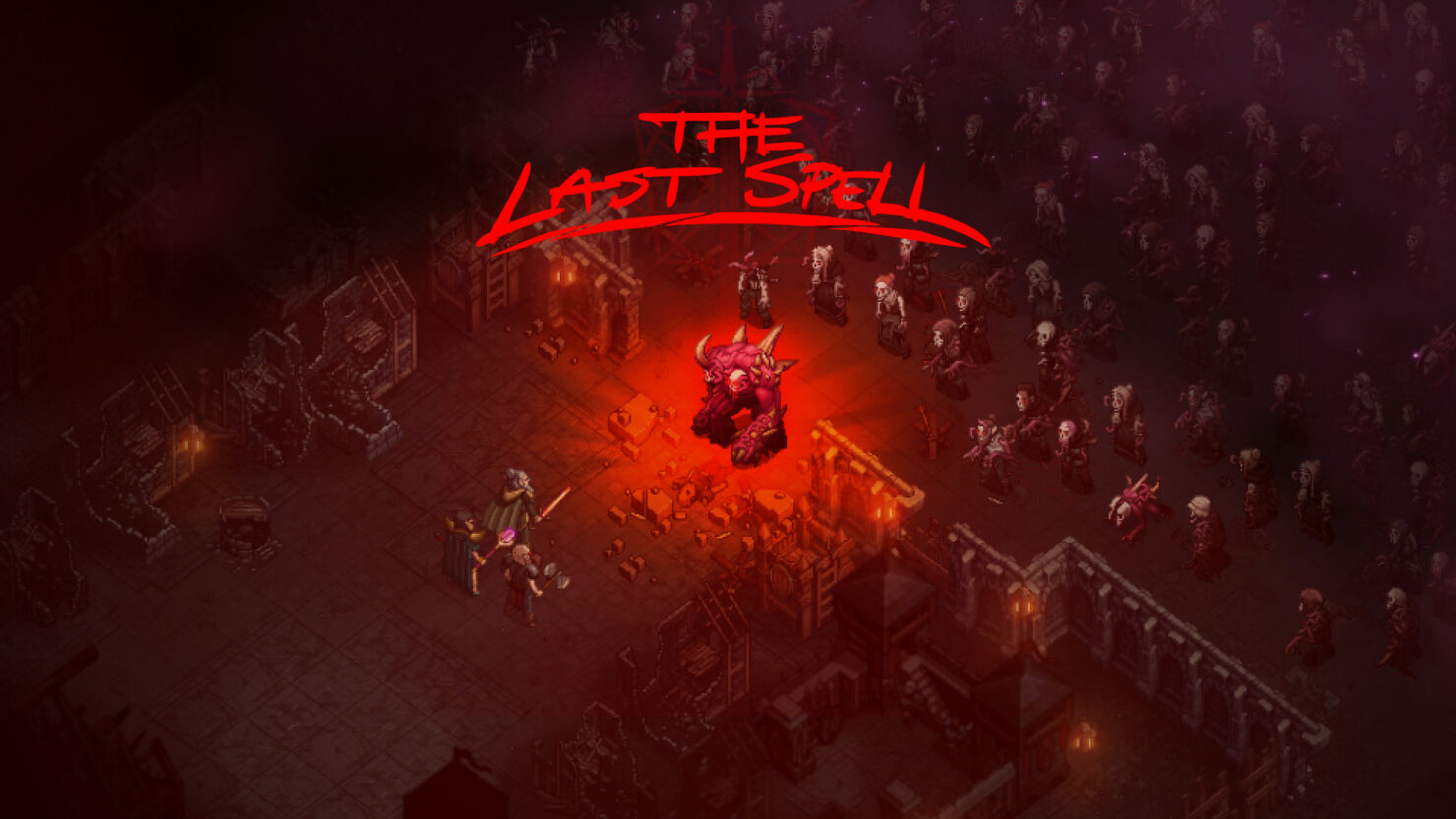 I'm a fan of strategic grid-based RPGs. My first was Final Fantasy Tactics Advance, and I soon found myself enjoying the likes of Disgaea and Fire Emblem. I still love these games, but aside from Disgaea and Fire Emblem, they are few and far between, with the closest and most commonly relative being the XCOM-like games, such as Mario + Rabbids: Kingdom Battle and, um, XCOM. But I hunger for those deep, tactical games to be more common, so there's more of them for me to play. That's exactly why I couldn't stop smiling when I saw The Last Spell.

Taking major cues from the Final Fantasy Tactics and Fire Emblem series, The Last Spell is a tactical RPG mixed with the wave-based horde-destroying gameplay you see in the likes of Left 4 Dead and many other wave-survival shooters. You have a small team of units which defend a town from the encroaching undead night after night, and you must persevere and survive. Survival is pretty important too, as death is permanent in this game, and can see you losing a lot of units.

There are massive waves of the undead that approach you, and so the typical tactical RPG, which targets only one or two enemies at a time, isn't enough. Here your moves will swipe, slash, and blast away opponents across three, four, five, even nine squares at a time in order to defend your settlement. Vanquishing so many opponents with such huge, destructive spells makes the tried and true tactical RPG formula feel completely fresh and interesting, as do the waves of enemies. 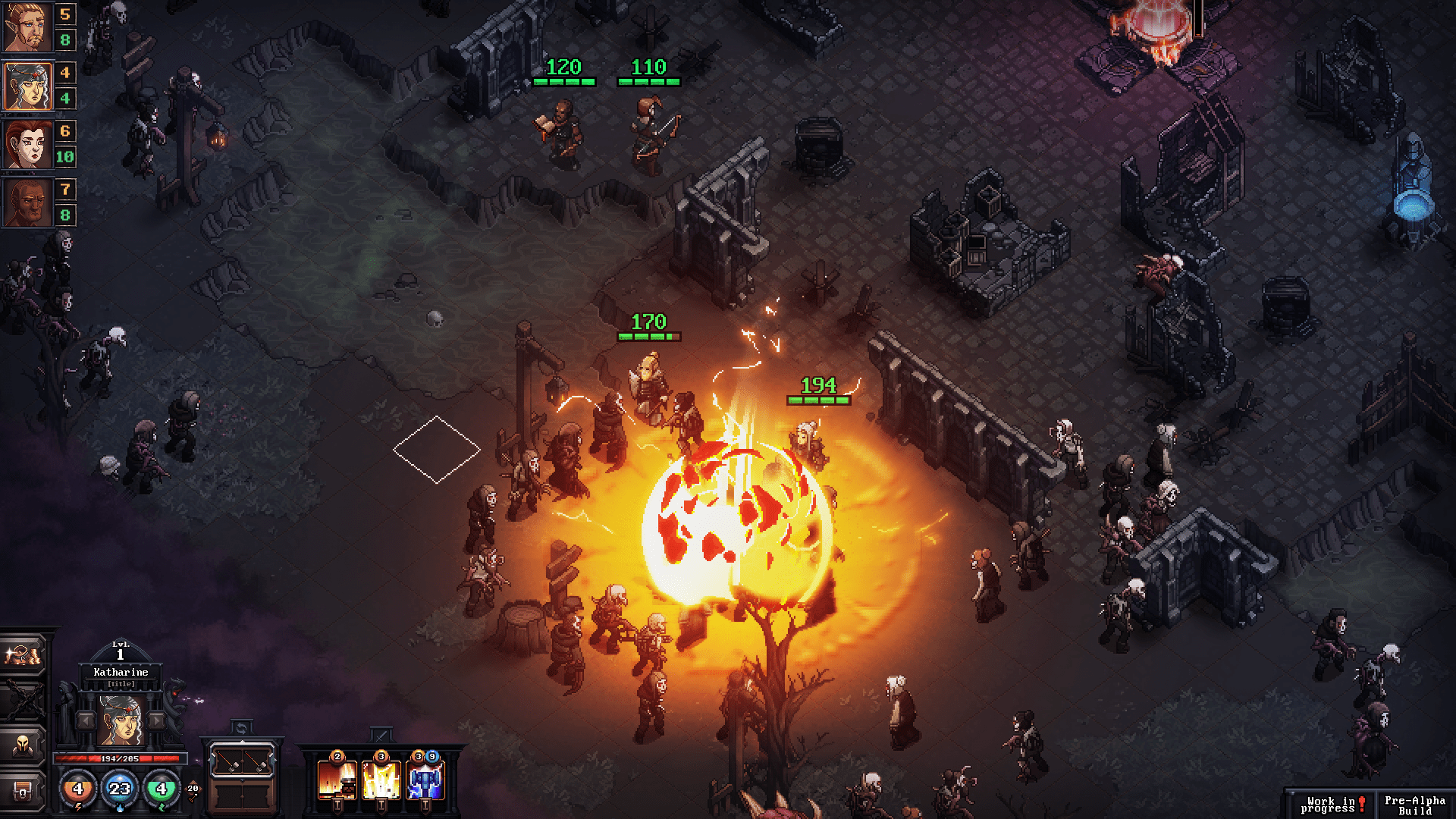 By day you can use gold and materials harvested to improve your town, and therefore, improve your team, continually getting better weapons, armor, magic, and much more. It therefore also has a town-building mechanic which again feels fairly unique in the genre, while improving the gameplay loop. Prevent enemies from damaging your units and buildings, and you'll soon fortify your town to the point where your units will be indestructible. But of course, you'll only draw in more and more undead enemies.

Because the game has permadeath, you will, of course, be recruiting new units continually. The game will have automatically generated characters to recruit and add to your party, so as long as you play wisely and make a few sacrifices, you shouldn't find yourself too low on manpower. The units themselves take after traditional RPG archetypes, warriors, spellcasters, and the like, but thanks to their vastly expanded move set they all feel fresh and interesting to play, at least in the beginning.

You'll start with fairly basic tactics, but will soon find yourself using positioning and placement wisely in order to corral enemies into a single area, before bombarding the horde with magical assaults. The most satisfying part of The Last Spell certainly seems to be pulling off excellent strategies with your units and taking down masses of enemies.

The two halves of town building and wave fighting remind me of the Monastery and battle dynamic of Fire Emblem: Three Houses, giving the player necessary off-time to relax between battles while also honing and strengthening their units. It makes for a fascinating contrast and a game that will be difficult to put down. The game is coming to Steam, but Nintendo fans will be pleased to hear that a Nintendo Switch version is most certainly planned, and will definitely find a home on the Switches of many RPG fans.

The Last Spell is a simple hybrid concept but looked marvelously executed and that made me excited to see the rest of the game. Definitely one for tactical RPG fans to keep watching.

The game is coming next year to PC (Steam) and Nintendo Switch (later).