Major AAA games have been rapidly increasing in size in recent years, with titles like Red Dead Redemption 2, Final Fantasy 7 Remake, and live-service games like Destiny 2: Shadowkeep clocking in at over 100 GB. Initially, it seemed like Naughty Dog and Sony’s The Last of Us Part II would be joining the same club, as the game’s store page states 100 GB will be required, but it seems like that's probably just an estimate.

Early The Last of Us Part II copies are already in some people’s hands, and a user on Reddit shared the following image… 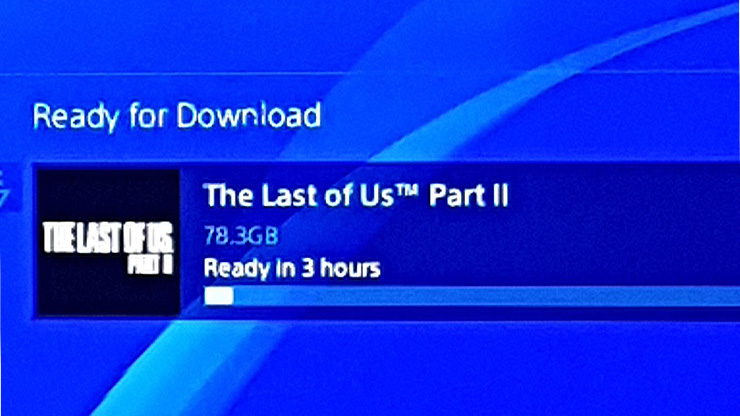 Of course, TLOU2's file size may grow as updates are released, but for now it seems the game isn't quite 100 GB, which makes sense as it will likely be a relatively linear experience. Still, 78.3 GB is significantly larger than any past Naughty Dog title (at launch Uncharted 4: A Thief’s End was 48 GB, while The Last of Us Remastered was 44 GB). So yeah, as we saw in yesterday's new footage, this is definitely going to be Naughty Dog’s most detailed effort yet. Speaking of which, the studio has also released a new video detailing some of the incredible attention to detail you can expect from TLOU2’s characters and environments. Check it out below.

Somehow haven’t been keeping up with The Last of Us Part II? Check out Wccftech’s guide to the game and the following official story synopsis: