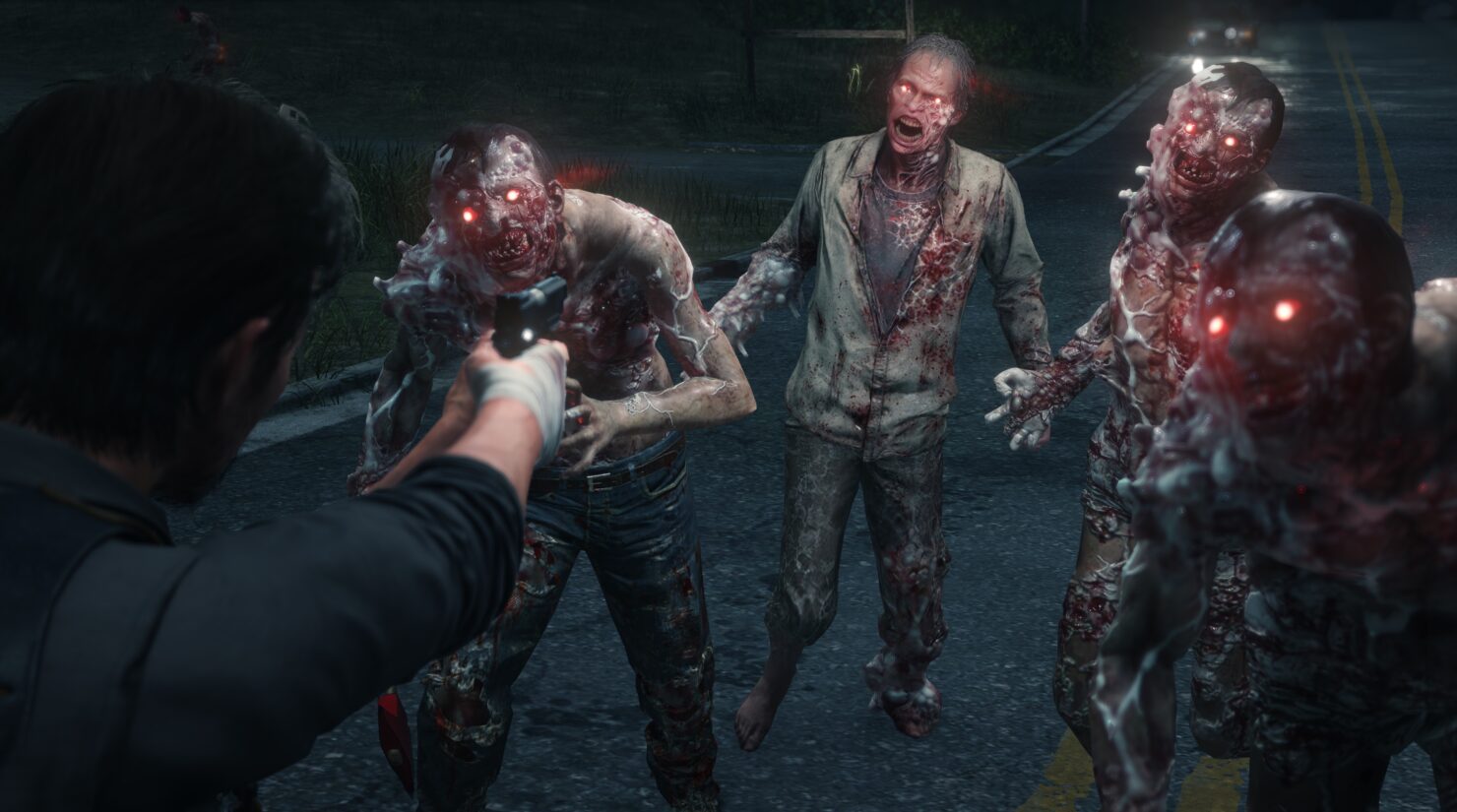 Last week, I attended an event covering Bethesda’s upcoming releases where we had the opportunity to play through The Evil Within 2 demo. Whether you’re a returning fan of The Evil Within or are thinking of jumping into the franchise for the first time, read on to hear how it's shaping up.

The Evil Within 2 marks the return of Sebastian Castellanos, a successful detective, alcoholic and former family man. Those that have played The Evil Within will remember learning that Sebastian’s daughter, Lily, passed away in a fire. However, set three years after its predecessor, TEW2 reveals that Lily is not dead, but is in grave danger.

For those that are unfamiliar with the story, there's quite a lot you need to be caught up on. In The Evil Within, Sebastian found that a shady organization called Mobius had control of ‘STEM’ – a device that connects human minds in an alternate world. One mind is essentially used as the ‘Core’ which builds the world and controls everything that happens inside it. Sebastian was dragged into STEM in TEW where he was forced to encounter horrific enemies in a twisted version of his hometown, Krimson City. This time around, the STEM world is referred to as ‘Union’ and it uses Lily’s mind as the Core. However, Lily has somehow gone missing inside STEM which is causing Union to begin to break apart. Rather than taking place in Krimson City, Sebastian will be wandering around in a suburban American town as he races to find his daughter.

We spent roughly forty minutes in the TEW2 demo where we played through chapters two and three of the game. At the beginning of the demo, Sebastian entered STEM in hopes of finding traces that would lead to Lily. At this point, Sebastian is in contact with Juli Kidman, a major character from the first game. Sebastian begins the second chapter with the objective of tracking down missing Mobius members that ventured into STEM before him. After wandering around in an eerie building where we got to grips with the controls we were chased by a terrifying monster comprised of multiple female heads and a giant saw arm. After surviving that ordeal, we then found ourselves in the small-town setting of the Union where we began exploring our surroundings. After turning into a house we encountered a crazy zombie woman attempting to force-feed a teenage boy what looked like a string of intestines.

After wandering around in an eerie building where we got to grips with the controls we were chased by a terrifying monster comprised of multiple female heads and a giant saw arm. After surviving that ordeal, we then found ourselves in the small-town setting of the Union where we began exploring our surroundings. After turning into a house we encountered a crazy zombie woman attempting to force-feed a teenage boy what looked like a string of intestines. Further into town, we encounter more hoards of zombies and a Mobius member.

With regards to enemies in TEW2, we've been made aware of Stefano, thanks to the game’s trailers. Stefano, a photographer, and his signature creatures (referred to as ‘Obscura’) use a camera in their attacks. The other human enemy that we’re currently aware of is Theodore, although limited information has been released regarding him and his signature monsters. In the demo, we encountered a number of different enemies in each of the places that we visited. In chapter three, Sebastian’s main objective is to track his daughter's voice using a communication device and this led us wandering all over the town searching for its point of origin.

While The Evil Within 2 appears to stick with its gruesome roots, there are a number of changes that developer, Tango Gameworks has made to enhance players’ experience. Most importantly, gameplay in TEW2 now feels far more flexible than its predecessor. Players will have the opportunity to explore bigger maps at their own pace. They’ll also have the freedom to decide how they wish to interact with enemies, whether it be a run and gun approach or a stealthier takedown. Naturally, resources will be scarce in the Union, but crafting has now been implemented to enable players to utilize the supplies they find in the way that best suits their play style. It’s worth noting that specific resources are randomised so there’s never a guarantee that you’ll find what you’re looking for when you’re scavenging for materials.

After playing forty minutes of The Evil Within 2, I'm intrigued to know where the developer is planning to go with the story. Thankfully, the wait is almost over as TEW2 will release on Friday 13th October 2017 on PC, PlayStation 4 and Xbox One. So far, the game looks as though it will offer players plenty of content to explore and I'm confident that many of Tango Gameworks’ changes will be welcomed by TEW community. During the demo I experienced a few buggy moments however, this is to be expected in an early build and we’re sure that they’ll be straightened out before the game launches in a few weeks time. I'm looking forward to turning down the lights, booting up the game and (hopefully) being scared out of our minds while looking for Lily.

You may pre-order the game via Amazon.