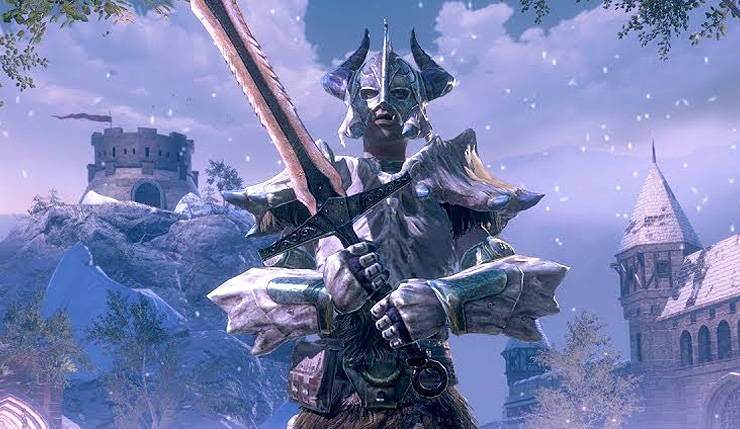 For those unfamiliar, The Elder Scrolls: Online is a simplified take on the franchise, featuring mostly-linear level design and a focus on hacking at enemies using the touchscreen (or motion controls on the Switch) and collecting loot to build up your character. Unsurprisingly, the initial reaction to the game was pretty negative, but Bethesda has improved the game via numerous updates, and it currently has a respectable 4.6 out of 5 rating on the iOS App Store.

The Switch version of The Elder Scrolls: Blades will feature crossplay and cross-progression, allowing you to start a game on your iOS or Android device and continue it on the Switch. While the game is free-to-play, a $15 “Quick-Start Edition,” which includes 30,000 Gold, 2,000 Gems, and various other goodies is available to purchase.

The Elder Scrolls: Blades is available now on iOS and Android mobile devices, and Nintendo Switch.