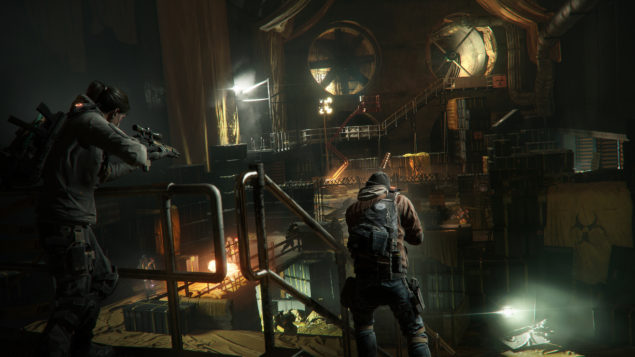 Ubisoft's Tom Clancy's The Division is now less than two months away from its launch, after many delays and development bumps. A beta is expected to be available earlier than that for gamers who pre-ordered the game.

One of the main attractions of The Division has been, since its reveal, the Snowdrop engine. Ubisoft Massive has crafted this engine from scratch specifically for the game and it will feature some of the latest technologies in the industry.

Nikolay Stefanov, Technical Lead at Ubisoft Massive, will reveal a lot more in his Global Illumination in "Tom Clancy's The Division" session at GDC 2016. In the meantime, the briefing already confirmed some interesting things such as the physically based rendering pipeline for The Division.

PBR has been perhaps the most important advancements made in graphics rendering for video games recently. Thanks to it, lighting can be incredibly realistic since it now follows close physics approximations of what light actually should behave in the real world. An additional benefit is also to alleviate the work of artists during development.

The briefing also mentions some interesting details on the dynamic Global Illumination system used in The Division.

Our implementation is based on radiance transfer probes and allows real-time bounce lighting from completely dynamic light sources, both on consoles and PC. During production, the system gives our lighting artists instant feedback and makes quick iterations possible.

Dynamic GI will be featured on PlayStation 4/Xbox One and PC, then. That's not to say it was easily implemented, but Ubisoft Massive solved them with tricks like moving offline calculations to the GPU and managing the precomputed data size.

There'll be another talk at GDC 2016 on the game, anyway. This one will focus on NPC AI behavior during both scripted and non-scripted encounters.

You can check out some screenshots and impressions from the Xbox One Alpha test here.