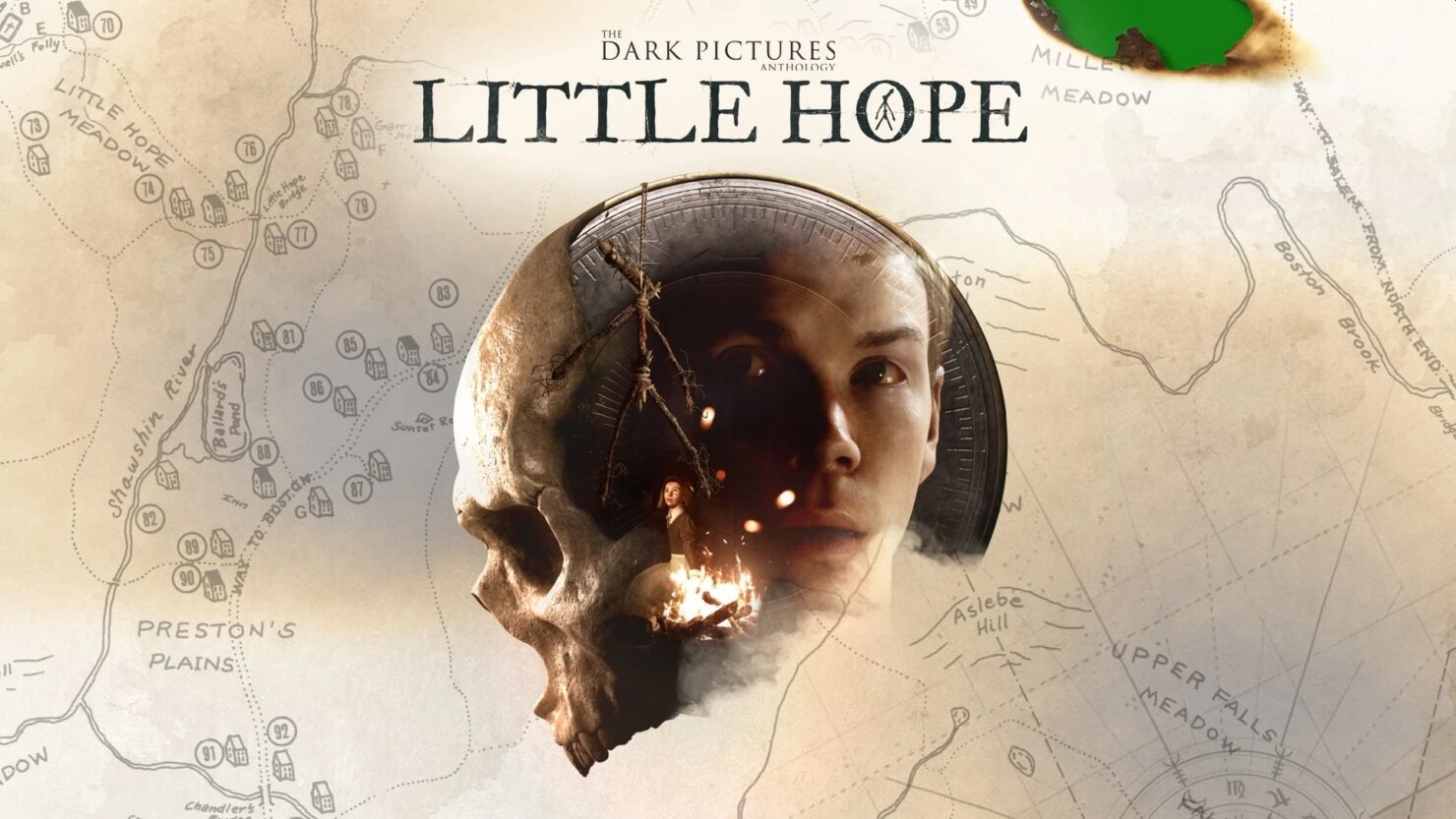 I've said for a long time that Horror Games are some of the best you can ever play if they're done right. Silent Hill 2, Amnesia: The Dark Descent, Alien: Isolation, some Resident Evil games and even Dead Space did aspects right. Some could be psychologically chilling; others would keep you perched on the edge of your seat through masterful use of atmosphere and other horror games would have you re-enacting a B move where you massacre everything. What, then, is The Dark Pictures: Little Hope?

First, let me say that I like Supermassive Games. They feel like a one-team conservation effort for the whole horror genre thanks to their The Dark Pictures Anthology. They managed to nail down the feeling of a slasher flick with Until Dawn and while it wasn't as good, I still enjoyed Man of Medan, the game managing to offer a good sense of atmosphere, though it just didn't have the same impact as the first game.

The Dark Pictures: Little Hope looks to be expanding in scope, at least a little from what was offered in the previous two games. From murder log cabin to a ghost ship, we now have a haunted town. Now, this doesn't mean the game has truly expanded from the format, this isn't an open-world horror game. It's still a narrative adventure and one that's sticking to the Supermasive formula for better or for worse.

What that means is that the quick-time events are still here. I know that doesn't work for most people, our very own Nate said "Quick-time events need to go" in his review of Man of Medan. Personally, I don't mind them, which always surprises me since I normally think they're just a cheap method of the game asking if you're still awake. Here, they have true consequences, impacting on the future of a character just as much as the decisions you take upon the branching paths the game has to offer.

So yes, this is another of the Supermassive 'The Dark Pictures Anthology' and the gameplay is just what you expect it to be. I can't attest to if it will be as restrictive as Man of Medan, I've only been able to play a roughly 25-minute section of the game. Well, I've been able to try out the 'original path' and the curator's cut 'alternative path'. As an experiment, I chose the exact same options and the only difference was which side of a closed-door I was viewing and who I would control when breaking that door down.

Hardly the difference I was expecting, though this is just the preorder curator's cut. It says there will be different decisions to make and I believe it, I just don't imagine they'll be as vital to the game as the decisions that are there for everybody. Potentially like deleted scenes in a Blu-ray copy of a film? Anyway, decisions. In a later playthrough I make precisely the opposite decisions of what I made in the video at the end of this piece and yes, I did see a difference. I also messed up on a QTE so the woman that you would normally save went and died. Would she have survived if I hadn't messed it up? Well, time will tell.

I think that's always been a problem with these games and horror films, the decisions can often be pretty obvious. When some lurching monstrosity is slowly crawling towards two people, one is a reasonably healthy middle-aged man and the other is an older woman, both need help climbing up somewhere, you're going to help the one that seems more in need. Particularly when the lumbering monstrosity is consistently pointing towards the woman. This is just one decision out of many that will be in The Dark Pictures: Little Hope though.

Back on dialogue. Some aspects here led to just a few very minor changes in dialogue. Controlling the younger male character that I finally recognised as the guy from Maze Runner and uncovering a specific poster will see him having a bit of fun at the expense of another of the younger male characters. However, if you happen to be controlling the professor at this time, the discussion will be more reasonable. It's the same system that's already worked before and even this one half-hour section offers quite a few permutations.

The other thing Supermassive games are getting right with The Dark Pictures: Little Hope is the atmosphere. Or, expanding, just the visuals and the audio. Now, this is just a slice of the game and the rest of it could look like some flipper-fisted fish-child scrawled ink across the screen, but I'm going to guess the quality remains the same throughout. In that case, the use of lighting and shadows as slight beams shine through a window, a torch (flashlight for you Americans) that acts reasonably realistically is great. Also, the correct lack of audio adds to this atmosphere, only then for somebody to knock over a row of violins to a sudden screech when needed. It works perfectly.

It probably doesn't sound too enthusiastic to simply say "it's the same game but with a different setting & story" but honestly, that works for me. The characters are different, the place they're going to get their horror in is different and, crucially, the horror is different. This is what Supermassive Games are doing well and this looks like it's going to keep on doing that thing well and just like Until Dawn and Man of Medan, this also looks and sounds great so far.