A few months ago I wrote an article about the Tesla Model X SUV which was a Crossover SUV and was aimed largely for women drivers. Now Tesla has launched the Model X in an event and the SUV is spectacular beyond words.

Tesla has made a lot of beautiful and technologically advanced cars but the Tesla Model X just tops the list. It has everything that you need in a future SUV and more, and it is really fast too, as usual it’s really expensive but is worth the price. CEO Elon Musk says:

“I’m not sure anyone should make this car, really. I mean, yeah. There is far more there than is really necessary to sell a car,”

However as per some reviews, Tesla’s new Model X Is a little over engineered but still it’s worth a wait. This luxury SUV, which is world’s first of its kind, is stunning. This innovative Tesla Model X is literally redefining the electric vehicles industry.

The Silicon Valley automaker had been teasing us since years, about the prospective Model X. Finally the first ever look of Model X is here bringing in the most sensational model ever into the production line.

Model X is literally the safest and fastest model vehicle ever witnessed in the history of vehicle production. It has a 90 kWh battery which provides 250 miles of range with a standard wheel drive. Model X has a seating capacity of seven adults. This model can accelerate from 0 to 60 miles per hour in a matter of just 3.2 seconds which is just ludicrously fast.

“The mission of Tesla is to accelerate the advent of sustainable transport,” CEO Elon Musk said at the car’s reveal, held at the company’s factory in Fremont, California. “It’s important to know that any kind of car can go electric.”

Tesla’s first priority was safety while designing its Model X. The battery is floor mounted which in turns lower the center of gravity which eventually reduces the risk of rollover, almost reduces the risk up to 50% in comparison to any other vehicle of a similar sort. Since Model X doesn’t have a gasoline engine, the huge front trunk operates like a large impact absorbing crumple zone.

This model of Tesla constantly scans the roadways with the inbuilt cameras, radars and sonar systems. This enables the driver to have real time feedback regarding the surrounding roadways so that the driver can avoid any sort of collisions on the way. Model X is designed in a way that in case of emergency, it can apply brakes automatically even when the car is going at high speeds. 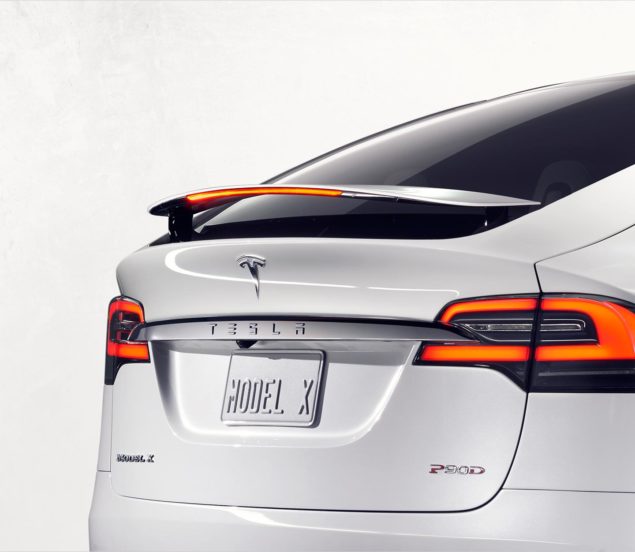 The car has a great filter which is a medical grade HEPA filter; it filters the outside air which may include pollen, bacteria, viruses or any similar sort of pollution before it can circulate into the cabin. It also has a bioweapon defense mode that can generate positive pressure inside the cabin so that occupants can be protected from any sort of bioweapons.

It has got Falcon wing doors that make the user’s life easier by providing easier access to second or third row seats without any hassle. Since It is one of the most aerodynamic SUV in production ever, It can go up to 250 miles of range as mentioned above and also speeds up to 150mph. Model X’s drag coefficient is about 20% lower when compared with the next best SUV ever produced.

Model X has a panoramic windshield in the production sector. This will provide a matchless view of the stars and sky as well. Optimized solar tinting enables the matchless visibility for the drivers as well as the passengers sitting in this new Tesla X.

In short this vehicle is awesome and if you can afford the six figure price tag then you should definitely think of buying one. We will keep you updated about other stuff from Tesla, tell us what you think about the Model X in the comments below. 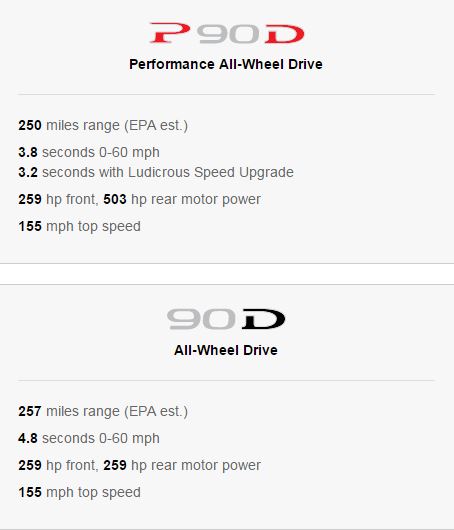 Here is a video of the launch event on the 29th,