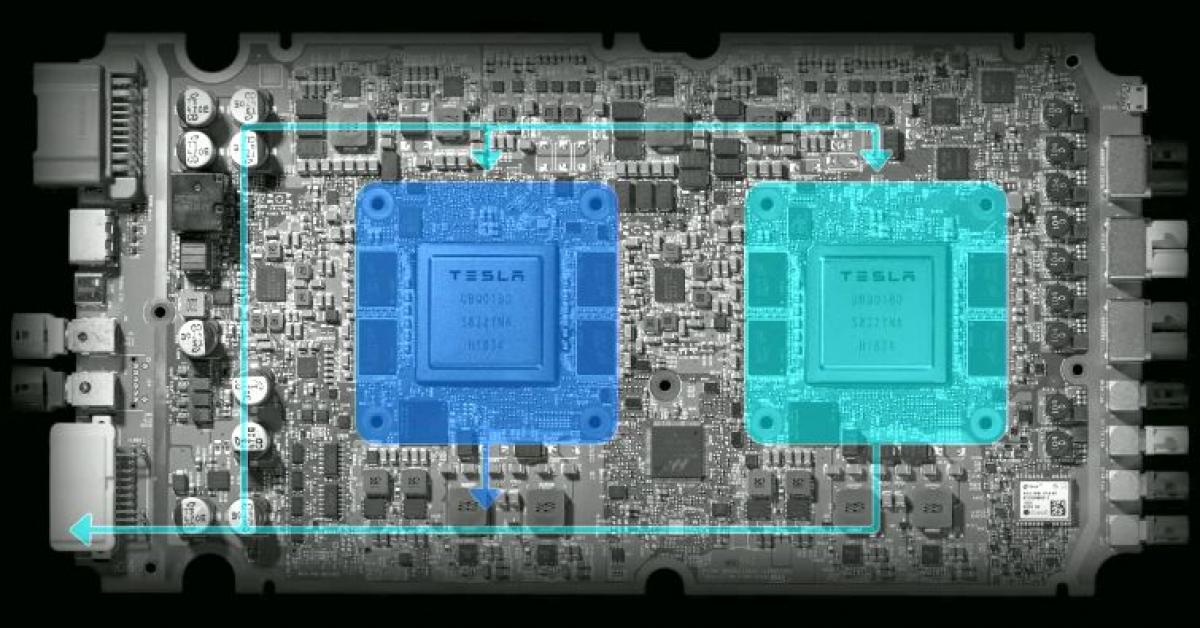 Automaker Tesla Inc (NASDAQ:TSLA) has been having a great run on the stock market yesterday after bullish analyst sentiments pegged the company to meet its self-set target of delivering half a million vehicles by the end of this year despite the global economic disruption ushered in by the coronavirus crisis.

Following this, news reports from Taiwan and China are now suggesting that Tesla too has joined the race to equip its products with chips manufactured on leading-edge semiconductor processes. As per the details, Broadcom and Tesla have partnered up to provide the latter's vehicle with a 7nm processor dubbed as HW 4.0. This chip will power Tesla's Full Self Driving (FSD) computer and Chinatimes expects that it will enter production in the fourth quarter of this year.

Following production in 2020, the processor will not be available for use by the general public in Tesla vehicles before 2022, since mass production will commence in the fourth quarter of next year. TSMC's 7nm process node has taken the technology industry by storm, and following Samsung's yield problems with its manufacturing technology, the demand for the Taiwanese fab's products has witnessed an additional rise in demand with delivery and production schedules having been shifted forward.

Apart from being built on the 7nm node, the HW 4.0 chip will also utilize TSMC's Integrated FanOut (InFo) packaging technology that is designed to reduce overall package surface area and provide lower thermal resistance. Additionally, the processor will also be packaged using TSMC's latest System on Wafer (SoW) technology that removes the need to place a substrate and a printed circuit board (PCB) in the entire process. Via SoW, the HW 4.0 will be placed directly on the heat dissipation module, and today's report suggests that Indium Corporation will provide the thermal conductivity materials. 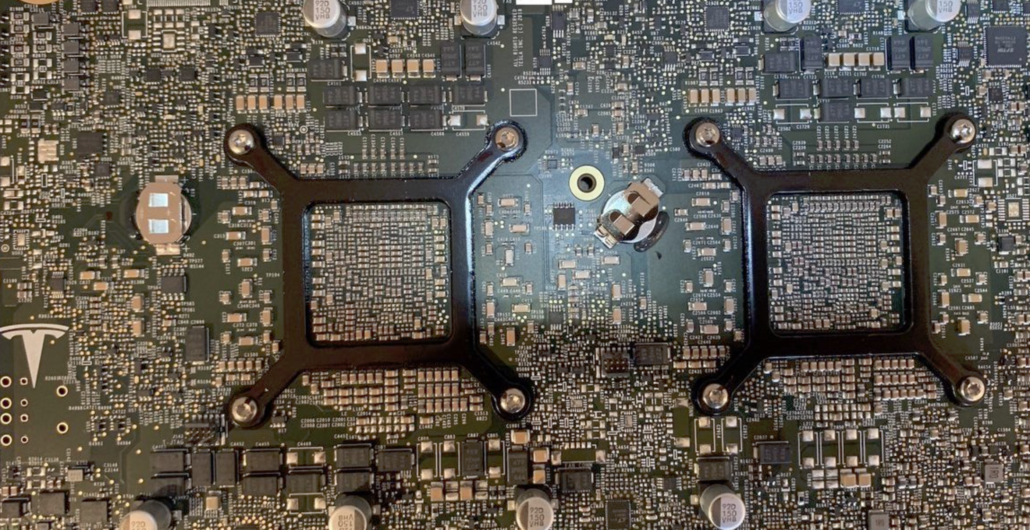 Initial production slated to begin later this year will churn out 2,000 silicon wafers with the chip, with each wafer having a 12-inch diameter and consisting of 25 HW 4.0 chips. The decision to use TSMC's 7nm process node also marks another company choosing the Taiwanese fab over its Korean rival Samsung Electronics' Samsung Foundry division's chip fabrication facilities. Samsung, whose problems with Qualcomm Incorporated have been reported around the press, has taken the backseat in the semiconductor manufacturing space, where for the time being, TSMC has established itself as the clear leader.

TSMC's InFo SOW packaging uses route distribution technology to connect chips and power distribution units directly to the heat dissipation modules and subsequently reduces the surface area and improves thermal performance of the entire package. The HW 4.0 succeeds the processor that Tesla showed off last year, and its introduction into the company's vehicles will prove crucial for the company's long-term plans.

Drawing from the nature of its chief executive Mr. Elon Musk, Tesla, like Mr. Musk's other company SpaceX, has several long-term plans that set the company apart from traditional automakers. Tesla plans to introduce a service dubbed 'Robotaxi' that will allow the owners of its vehicles to earn money by simply putting up their cars for ridesharing services. The HW 4.0 will also arrive at a time when fifth-generation (5G) cellular networks have moved past their initial rollout, and subsequently, the processor will have to deal with increased data processing and connectivity needs.

Moving towards the close of this year, the question on everyone's mind is whether Tesla will be able to deliver half a million vehicles by the end of this year. Wedbush's Dan Ives, and the stock market seem to believe so, and the company is yet to provide any updates to this estimate.