Tesla (NASDAQ: TSLA) Bulls Buckle up for an Imminent Stock Split – Each Stockholder of Record Today Will Receive 4 Additional Shares 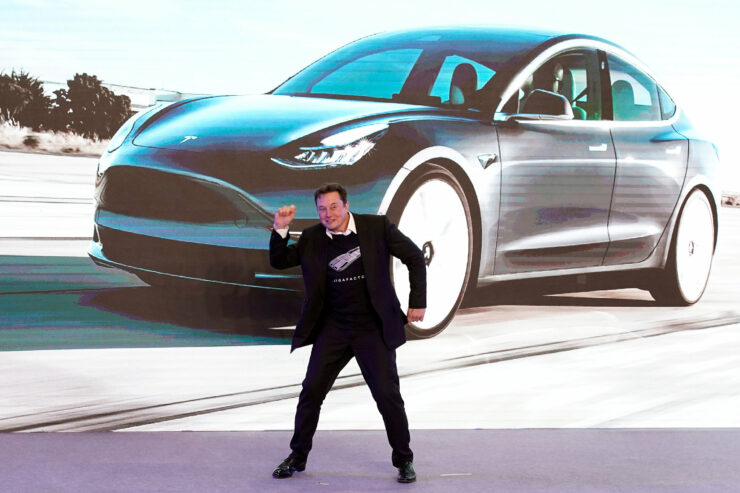 Tesla (NASDAQ:TSLA), the undisputed behemoth in the EV sphere, has become a unidirectional stock play in recent days, incessantly traversing an upward trajectory. Since establishing a year-to-date low of $361.22 on the 18th of March, the stock has rallied by an astonishing 454 percent! This epic rally culminated in a major milestone for Tesla yesterday as its share price breached the $2,000 threshold for the first time ever.

Today, the EV giant is on the cusp of another major milestone. As per the announcement by the company on the 11th of August, all Tesla stockholders of record on the 21st of August will receive a dividend of four additional shares for every share that they own. The additional shares will be distributed on the 28th of August while the split-adjusted trading of Tesla shares will commence from the 31st of August.

“The Board of Directors has approved and declared a five-for-one split of Tesla’s common stock in the form of a stock dividend to make stock ownership more accessible to employees and investors. Each stockholder of record on August 21, 2020 will receive a dividend of four additional shares of common stock for each then-held share, to be distributed after close of trading on August 28, 2020. Trading will begin on a stock split-adjusted basis on August 31, 2020.”

Bear in mind that a stock split does not fundamentally alter a stock’s dynamics. Rather, it only serves to make shares more affordable by increasing the number of outstanding shares which, in turn, lowers the price of each share. Nonetheless, since the 11th of August, the stock has gone parabolic, generating a return of over 45 percent in just 10 days!

Of course, this epic bull run comes at a time when Wall Street analysts can hardly contain their uber bullishness. As an illustration, Wedbush Securities analyst, Dan Ives, raised Tesla’s stock price target to $1,900 from $1,800 on the 17th of August. The analyst noted:

"We continue to believe EV demand in China is starting to accelerate in July/August with Tesla competing with a number of domestic and international competitors for market share with Giga 3 remaining the linchpin of success which remains the prize that Musk and Tesla are laser-focused on capturing."

Ives also appeared optimistic regarding Tesla’s ability to deliver 500,000 EVs during this year:

"The key bogey to hit ~500k deliveries globally for the year now appears back on track despite this turbulent COVID backdrop."

"Tesla Battery Day... could be a game-changer, and based on what we know so far, there is [a] growing risk of Tesla becoming a new battery competitor armed with superior technology."

Given Tesla’s extremely stretched valuation, we would recommend adopting caution, at least in the near-term. With each upward leg, the stock becomes more susceptible to a pullback. Consequently, investors should conduct due diligence before jumping headlong in the current speculative maelstrom.

NIO Delivered 20,060 EVs in Q1 2021 as the Global Chip Shortage Put a Damper on the Company’s Record-Breaking Stint

NIO (NYSE: NIO) Becomes the Latest Automaker To Fall Victim To the Ongoing Chronic Chip Shortage as It Has Temporarily Halted Production and Cut Delivery Targets