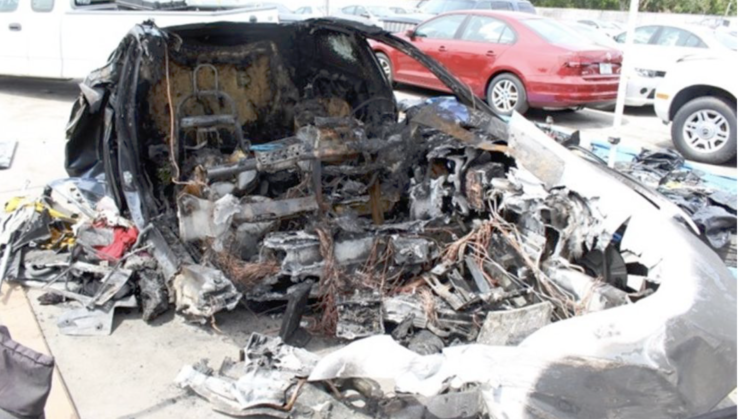 A Tesla driven by a teenager crashed at 100mph; Bloomberg

Electric automaker and energy storage product manufacturer Tesla Inc (NASDAQ:TSLA )has reached new highs on the stock market over the course of this month. Tesla, who was plagued by late deliveries and production problems until only recently seems to have worked out the kinks in its third Gigafactory located in Shanghai, China. The company has commenced vehicle deliveries from the plant as it looks to capitalize on lower operating costs offered through manufacturing in China.

But even as the company soars to new highs, it has run into troubles with U.S. authorities; troubles that might have hurt new vehicle registrations. After authorities in California failed to extend a tax break offered to buyers of the company's vehicles, new electric vehicle registrations in the state declined by 43% revealed data from an agency. Now, the United States National Highway Traffic Safety Administration has decided to review an application petitioning it to review 500,000 Tesla vehicles over charges of sudden increases in acceleration.

While Tesla Inc mostly witnesses positive fanfare around its vehicles, operations and prospects aided mostly by the celebrity fanfare surrounding the company's Chief Executive Officer Mr. Elon Musk, it's no secret that the automaker is far from perfect. It isn't a fact either that reports of Tesla's vehicles suddenly accelerating are recent.

Now, the United States' premier vehicle safety organization, the National Highway Traffic Safety Administration has confirmed that it will review a petition asking it to investigate 500,000 Tesla-made vehicles for these problems, reports Reuters. The petition under review covers cars manufactured between 2012 - 2019, with 127 complaints, 123 unique vehicles, 110 crashes and 52 injuries. 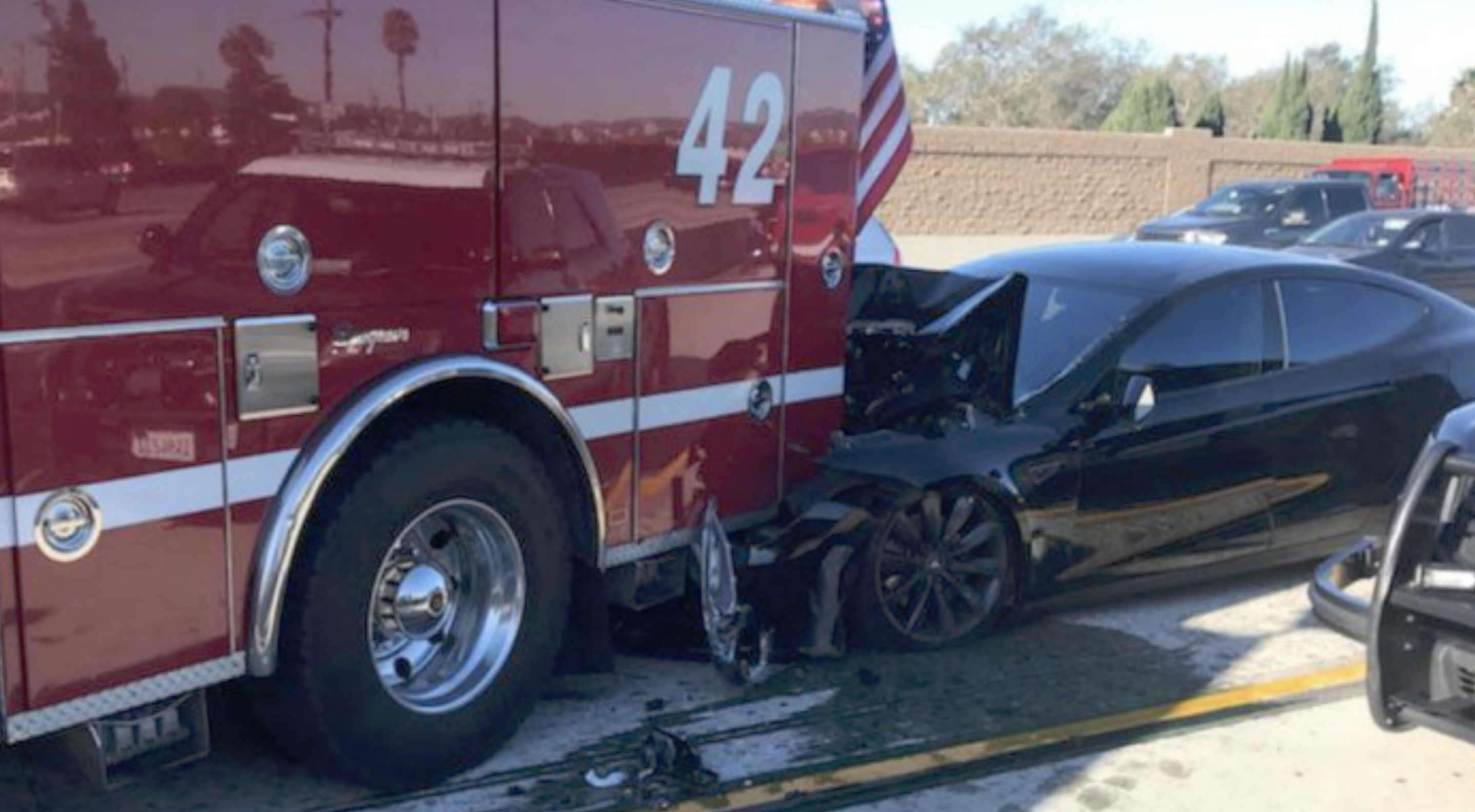 A Tesla Model S on autopilot crashed into a firetruck under use by the Culver City Firefighter in October 2018.

It's no surprise that the report asks the security body to cover vehicles dating as far back as 2012. According to complaints made to the NHTSA, the first recorded incident of a Tesla (NASDAQ:TSLA) vehicle acceleration without having received instruction from a user took place in 2013. The vehicle in question was a 2013 Model S, the incident took place in July and was reported in September. According to the Model S' driver from Laguna Hills, California (NHTSA Complaint # 10545488)

I WAS AT A FULL STOP WAITING TO TURN LEFT INTO THE PARKING GARAGE. WHEN IT WAS CLEAR OF ONCOMING TRAFFIC FOR ME TO MAKE THE LEFT TURN, I RELEASED MY FOOT OFF THE BRAKE PEDAL AND THE CAR INSTANTLY SURGED FORWARD VERY FAST AND HIT ANOTHER VEHICLE PARKED IN THE FRONT OF THE GARAGE. THIS ALL HAPPENED SO QUICKLY THAT I DID NOT HAVE TIME TO AVOID THE IMPACT. THE TIME OF OCCURRENCE WAS IN BROAD DAYLIGHT AT ABOUT 6PM PST.

I HAVE DRIVEN THIS CAR FOR ALMOST 10000 MILES PRIOR TO THE ACCIDENT AND KNOW HOW TO HANDLE THE CAR AND UNDERSTAND THE TORQUE THIS CAR HAS. I HAVE MADE THOUSANDS UPON THOUSANDS OF STOPS AND STARTS WITH THIS VEHICLE AND THIS IS THE FIRST TIME THIS HAS EVER HAPPENED. THERE IS NO OTHER TERM TO DESCRIBE THIS OTHER THAN SUDDEN ACCELERATION.

THE LOCAL POLICE DEPARTMENT DISPATCHED AN OFFICER AND NO DRUGS OR ALCOHOL WAS INVOLVED.

TESLA INSTRUCTED THEIR STAFF TO NOT COMMUNICATE WITH ME ABOUT THIS ACCIDENT.

The latest such incident involving another 2013 Model S took place in January last year and was reported ten months later in November. What's more distressing is that even 2019 Model 3 and Model X vehicles look to be affected by the problem. According to a complaint made to the NHTSA (#11267131) involving a 2019 Model 3:

MY WIFE WAS TRYING TO PARK THE CAR IN OUR GARAGE WHEN THE CAR SUDDENLY SPED UP AND HIT OUR INNER GARAGE WALL. IT THEN REVERSED BACK AND HIT THE WALL A SECOND TIME. THEN IT AUTOMATICALLY REVERSED AND PARKED ON THE NEIGHBOR?S DRIVEWAY. BOTH THE STERLING AIR BAG AND AIRBAG NEAR THE FEET DEPLOYED. THE CAR?S FRONT WAS SMASHED. OUR GARAGE WALL AND DOOR ARE ALSO BADLY DAMAGED. I HAVE ASKED TESLA TO INVESTIGATE IF IT WAS BECAUSE OF THE AUTOPILOT TAKING OVER BUT HAVE NOT RECEIVED A RESPONSE FROM THEM YET AFTER MORE THAN A WEEK.

Several of the incidents according to data viewed by Wccftech involve attempts at parking Tesla's vehicles. The company has not responded to requests of comments. Tesla Inc closed at $513.49 yesterday, down by 0.97% over Wednesday's close. The company is down by 1.19% during pre-market trading at the time of writing.