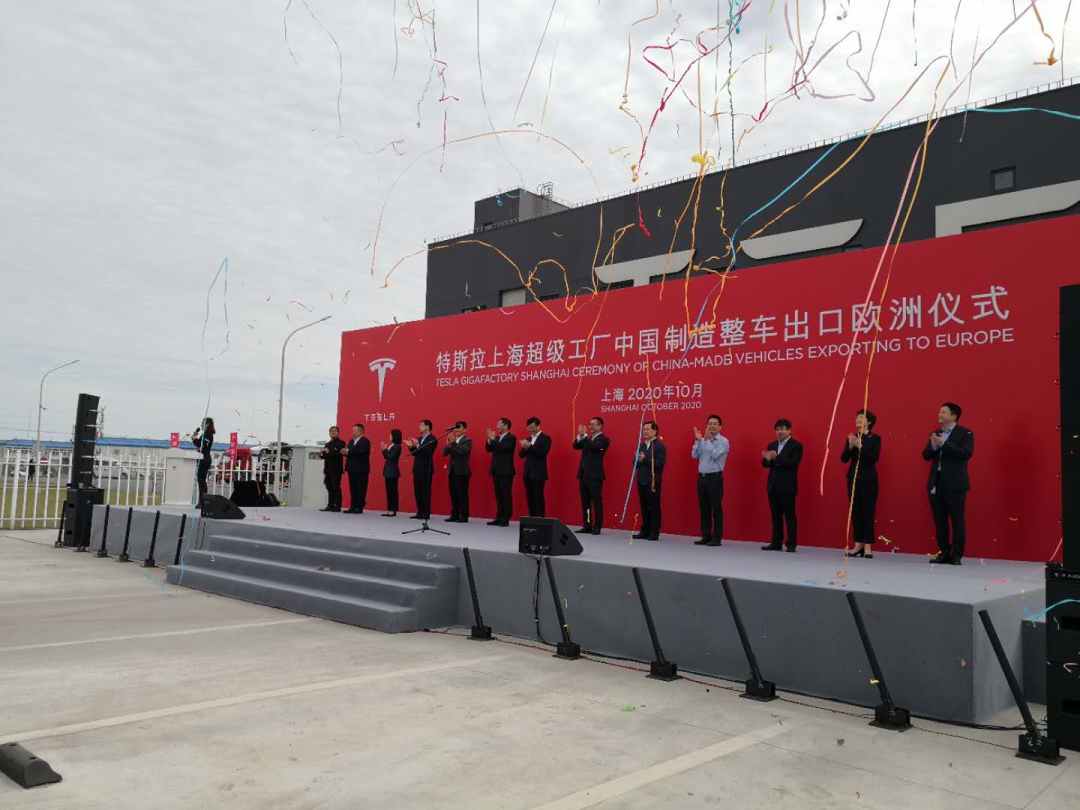 Electric vehicle and renewable energy products manufacturer Tesla Inc confirmed today that its Chinese-made Model 3 has passed all certifications and requirements needed to export the vehicle to Europe. The confirmation comes after the company was reported by Reuters and Bloomberg last month to be considering to export the vehicles to the continent, as it expands its manufacturing capacity in China where costs of manufacturing are lower than in the United States.

The details were shared by the automaker on its official page on the Chinese social networking website Weibo, and covered by news outlets in China. Tesla held a ceremony in China today to mark and celebrate its vehicles manufactured in the Shanghai Gigafactory being ready for export to Europe. This event was attended by Zhu Xiaotong President of Tesla, Greater China and Tao Lin, Vice President of Tesla China on behalf of the company.

Additionally, members of the Shanghai city administration and Nanhui (Lingang) area of the city's Free Trade Zone also attended the event. By exporting vehicles manufactured in China to Europe, Tesla will be able to utilize the Gigafactory 3's capacity more efficiently. It will also be able to reduce or eliminate any potential inventory backlogs that might have built up in the plant due to a slowdown in the demand for electric vehicles in China earlier this year due to pandemic induced economic disruption.

As opposed to its manufacturing plant in the United States, Tesla was able to set up and scale vehicle production in its Shanghai plant within the course of one year. According to the company's investor presentation for the third quarter of 2020, Tesla states that it can currently produce 250,000 Model 3s annually in the facility.

Tesla's decision to export its vehicles to Europe from China comes at a time when the company is starting to experience a slowdown in market demand for its vehicles. The Model 3's sharp rise in deliveries in Europe and in China injected optimism into the company's future at a time when critics questioned its ability to generate bottom line profits. Given the nature of its business model, Tesla is still far from competing with established manufacturers of internal combustion (ICE) vehicles, despite aggressive targets set by the company's chief executive officer Mr. Elon Musk for scaling up the production of its vehicles and establishing manufacturing facilities all over the globe.

China-made Model 3s making their way into Europe should be temporary and persist only until Tesla opens the manufacturing floor of its Gigafactory in Brandenberg-Berlin, Germany. The company expects this to be operational in 2021, with the plant's construction coming at a time when Tesla is also equipping its production plant in Fremont, California to manufacture the Model Y. This vehicle is a larger variant of the Model 3 and it will target the sports utility vehicle (SUV) market segment while being a cross-over utility vehicle (CUV) itself.

Tesla's C.E.O. has also stated that once its construction is finished, the company's German plant will feature improved manufacturing methods over facilities that are currently operational. It also plans to shift battery production in-house over the course of the next ten years. This will be essential if it is to expand its presence globally and manufacture enough electric vehicles to eventually replace their ICE counterparts.

Vertical integration, where Tesla is responsible not only for manufacturing vehicles but also for exerting greater control over their production methods is something that the company shares with Mr. Musk's astronautic startup SpaceX. As opposed to its peers, SpaceX produces more components for its launch vehicles internally, and the company has recently also shifted to adding small-satellites to its portfolio as it builds out its Starlink broadband internet constellation.