Terra (LUNA) Is Currently in a Crypto Goldilocks Zone as Its Staking Rewards Soar Amid Subdued Correlation With Bitcoin (BTC), but for How Long? 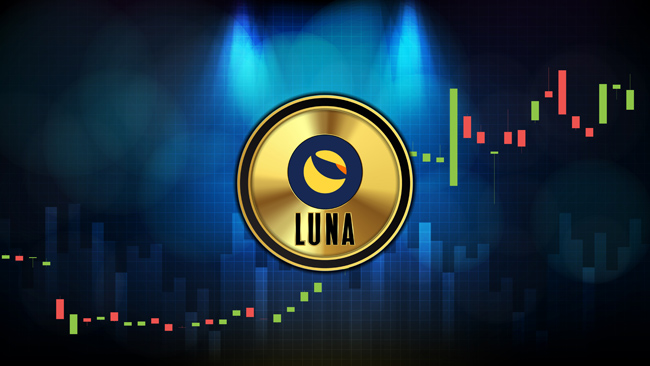 Terra (LUNA), a public blockchain protocol that powers a number of stablecoins, grabbed the attention of the crypto world recently as LUNA – the protocol’s native token – registered gains of over 85 percent relative to the year-to-date low of $44.24, based on the current price of $82.12. In fact, the current rally was sufficient to briefly turn LUNA green for the year. While the token has since then given up some of its gains, its bullish proponents argue that further outsized gains are sure to follow after a period of consolidation. Let’s delve deeper.

For the uninitiated, Terra regulates the price of its stablecoins by changing the supply of LUNA. The Terra protocol runs on a Delegated Proof of Stake (DPoS) mechanism, where miners stake the LUNA coin in order to mint different stablecoins that are pegged to major fiat currencies. For instance, the TerraUSD (UST) stablecoin is pegged to the US Dollar. If the price of UST falls below $1, the supply of UST is burnt by minting LUNA, thereby restoring the peg. On the opposite side, if the price of UST exceeds $1, LUNA is burnt to mint more UST, thus increasing the stablecoin’s supply and reducing its price.

While this system works, it does introduce volatility into the overall Terra ecosystem, particularly during market crashes when the incentive to mint LUNA or the stablecoins is reduced. To counter this, the Luna Foundation Guard recently announced that it has raised $1 billion – via private sales of the LUNA token that will be locked for four years – to constitute a Bitcoin reserve for the UST stablecoin. During stressful times, as UST’s peg falls below $1, arbitrageurs can swap (that is, burn) UST to acquire Bitcoins from the reserve. Since Bitcoin’s correlation with the Terra ecosystem is quite low, this mechanism should help in stabilizing the UST peg.

As per a tabulation by Staking Rewards, staking Terra’s LUNA coin currently yields an annualized return of 6.24 percent. For comparison, the staking of Ethereum (ETH 2.0) provides an annualized yield of 4.79 percent.

Due to this yield advantage, Terra’s LUNA coin recently crossed a major milestone, with the USD value of staked tokens on Terra eclipsing that on Ethereum. As an illustration, tokens worth $25.763 billion are currently staked on Terra, while Ethereum 2.0 has $24.001 billion in staked capital at present.

As can be seen, the number of days when Terra’s LUNA coin was either uncorrelated or in a negative correlation with Bitcoin has increased dramatically since the summer of 2021. Nonetheless, there have been instances of positive correlation, albeit becoming less frequent. 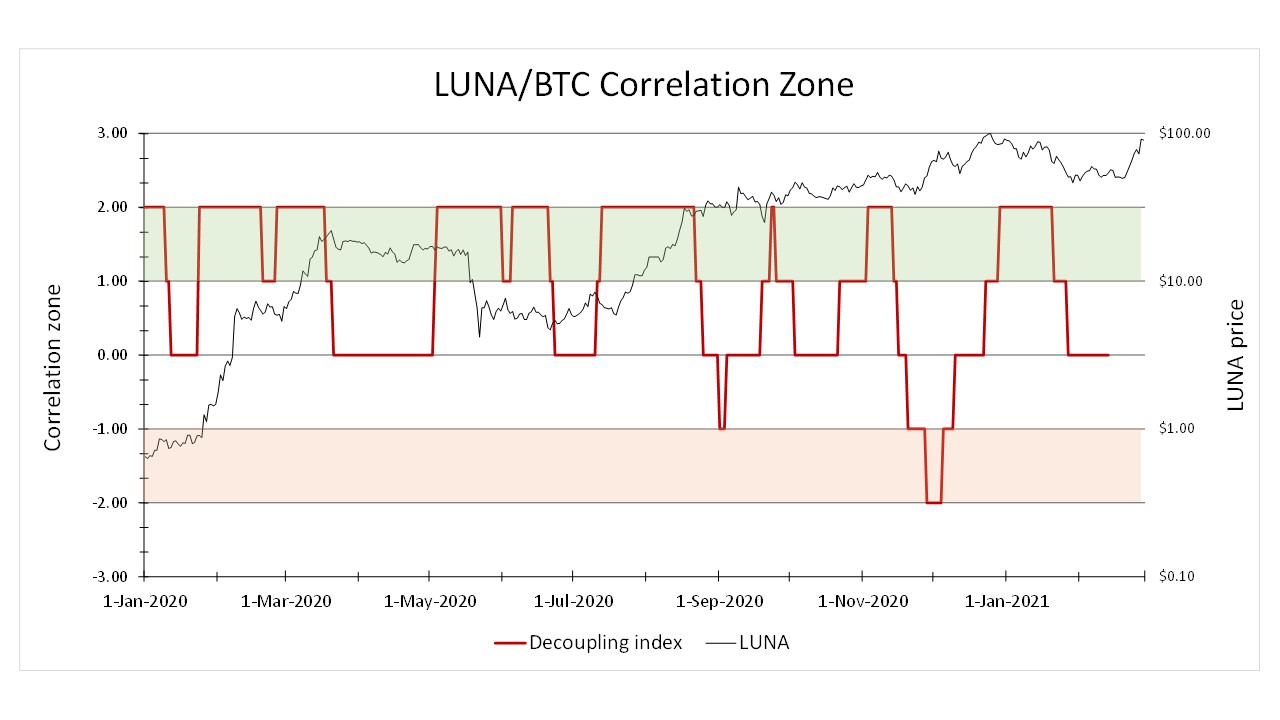 So, what does this mean for LUNA’s future gains? We detailed in a dedicated post last week how Bitcoin is expected to remain vulnerable to price volatility in the weeks ahead, as indicated by the fact that both Bitcoin longs, as well as shorts, have been suffering from high liquidations, leading to wild whipsaws in the price. Moreover, while Bitcoin’s correlation with US stocks has moderated a bit, it still remains quite elevated. In this scenario, given the upcoming FOMC meeting of the US Federal Reserve and the attendant specter of further interest rate hikes, Bitcoin’s near-term price outlook remains stormy. Against this backdrop, the low correlation that Terra’s LUNA coin currently retains with Bitcoin is expected to act as a major tailwind.

Nonetheless, nothing ever goes up in a linear trajectory in the world of finance. Consequently, given the heightened gains that Terra’s LUNA coin has recorded since the end of February, we would not be surprised if the coin now enters a period of consolidation that can then pave the way for a more sustainable bull run later on. As an illustration of the murkier near-term outlook, consider the fact that there is now a bearish divergence on LUNA’s daily as well as the 4-hour chart.

Consequently, we expect the bulls to take a breather in the short term, with this basing price action paving the way for further gains later on.