Tech Sector Stocks May Be At Risk for Collapse Soon 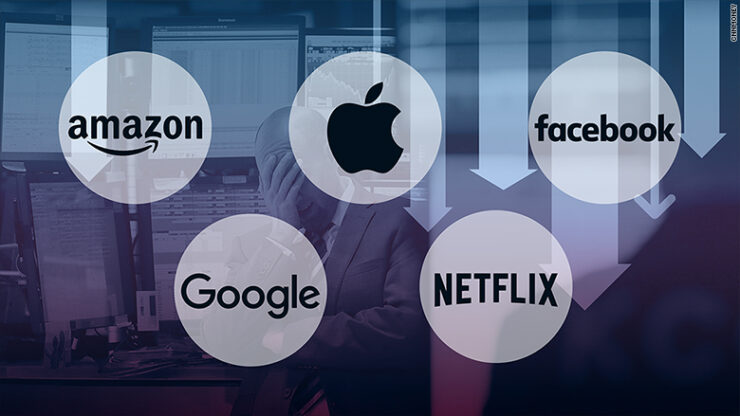 Tech stocks might be the next major sector to experience a crash. Chief investment strategist for Bank of American Merrill Lynch (NYSE:BAC) Michael Hartnett alluded to this Sunday, "Tobacco (1992), financial (2010), biotech (2015) industries illustrate how waves of regulation can lead to investment under performance," he said in a prepared statement.

The point of all this? All of the aforementioned industries at one point went through market collapses correlated with a high amount of regulation.

Tech is the least regulated industry today, with a mere 27,000 regulations compared to 215,000 for manufacturing and 128,000 for the banking sector according to the same analyst Michael Hartnett. The reason that matters should be obvious as Facebook (NASDAQ:FB) CEO Mark Zuckerberg prepares to face Congress for official hearings pertaining to the Cambridge Analytica scandal that broke out last month. Zuck will be testifying and answering questions to the House Energy and Commerce Committee and again to the Senate Judiciary and Commerce committees.

Lawmakers have already been calling for increased regulation and scrutiny and Bank of America is right to bring up historical precedent when it comes to increased industry regulations as it pertains to market performance. Regulations can be seen by investors as burdensome and clunky which can hinder growth and innovation.

Its worth noting that the technology sector has easily outpaced all other industries. American e-commerce stocks have risen 624% in just seven years which qualifies as the third largest market bubble in the last 40 years. 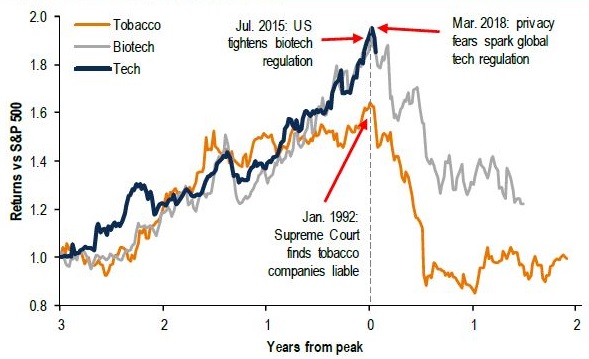 Tech is also more reliant than average on foreign investment and trade which flags the recent international trade tensions as even more critical. The tech sector may be at very real risk of a general collapse at worst and stagnant growth at best if it gets hit with the one-two punch of heightened government oversight and international trade barriers.

All eyes will be on what becomes of the trade spat the U.S. is seemingly engaging with the entire world, and of course this Tuesday and Wednesday's hearings with Mark Zuckerberg. Its possible the Facebook CEO receives a slap on the wrist and business goes on as usual but at this point, given the public outcry its likely regulators hone in on consumer privacy rules while also using this opportunity to reexamine internet transaction taxes.