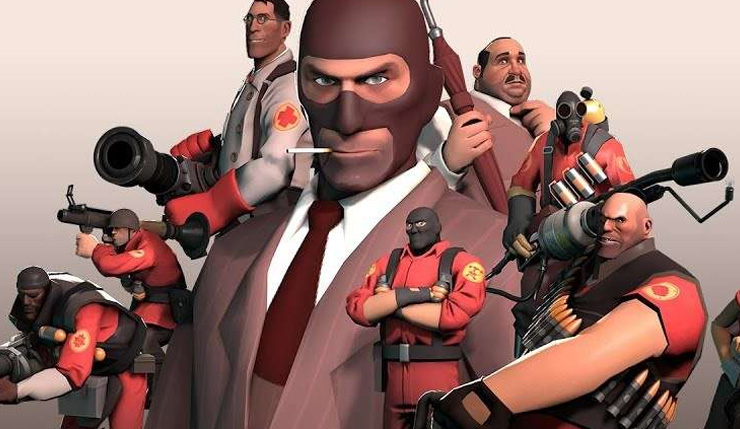 Team Fortress 2 has been around for a long time, and still boasts a fairly strong playerbase, but some feel the game has lost a certain something along the way. As such, mod team Eminoma have been working on Team Fortress 2 Classic, which aims to turn back the clock to the game’s late-2000s golden era. A work-in-progress version of TF2 Classic was released back in 2015, but then development seemingly stalled. Thankfully, the project resurfaced this year, and has now received a full release!

The final day! Day 4 of The Death & Taxes Update, the official release of Team Fortress 2 Classic, is now live!

Team Fortress 2 Classic is a re-imagining of the 2008-2009 era of the original Team Fortress 2, of which is what we consider the "Classic Era", featuring old features that were scrapped and worked upon, or new content such as new weapons and gamemodes. Such gamemodes consist of original core TF2 gamemodes ranging from Capture the Flag to Special Delivery, our own additions such as VIP and Domination, or even the addition for two new teams in several existing modes. Deathmatch has been split off from TF2 Classic, and is now being developed as standalone game titled 'Team Deathmatch Classic.’

TF2 Classic is launching alongside the new “Death & Taxes” update, which includes a ton of new weapons, an original mode, improved bot AI, and more. You can get full patch notes for the update, right here. Eminoma promises to continue supporting TF2 Classic with updates going forward.

Team Fortress 2 Classic is available to download right now. Installing the mod requires a few steps, but once you do, TF2 Classic will be playable directly from Steam. What do you think? Interested in a bit of late-2000s era nostalgia? Or are your Team Fortress 2 days behind you?