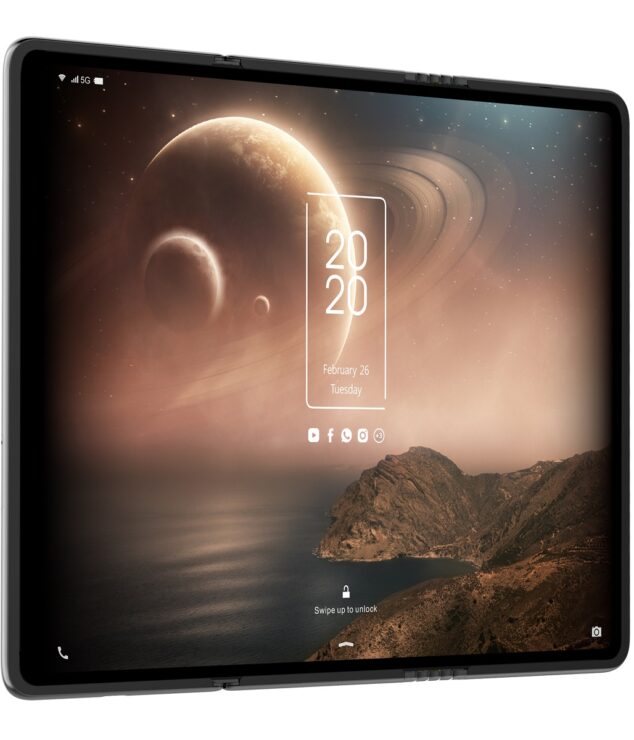 Based on a recent report, it seems like TCL is working on more foldable devices than we initially thought. The first device is the one we reported earlier, and it comes with a 6.75" inch AMOLED display that can be extended via a motor to a 7.8" display by just a press of a button; what's even more impressive is that when not in use, this flexible display is concealed.

This mechanism obviously adds some thickness to the device, and we are getting 9mm thickness, which is not as thick as we had imagined. As per TCL, thanks to the larger axis as well as the rolled display, there is no wrinkle or crease on the phone, which basically means eliminating one of the biggest issues we have seen so far with these foldable devices.

You can check the pictures below.

However, TCL is not done flexing their muscles as there is more than one device that the company is working on. The second device, however, is a bit outlandish at this point, as it comes with a tri-fold display,

The second device in question comes with a 6.65" AMOLED display that has an aspect ratio of 20.8:9, and the device is able to fold from both sides to become a 10" tablet. Impressive, we know. The second concept makes use of both the DragonHinge and ButterfyHinge designs by TCL and according to to the company, the folding mechanism is smooth, both inwards and outwards. However, it is too soon to say anything.

When closed, only one side of the phone is exposed, which just makes the device look like a normal phone.

At this point, it is safe to say that TCL is definitely flexing its muscles. However, the one thing that is important to keep in mind is that these devices are still in the concept stage. Which means that we might never see them coming to the market. Still, it cannot be denied that these devices only go to show what the foldable future looks like.