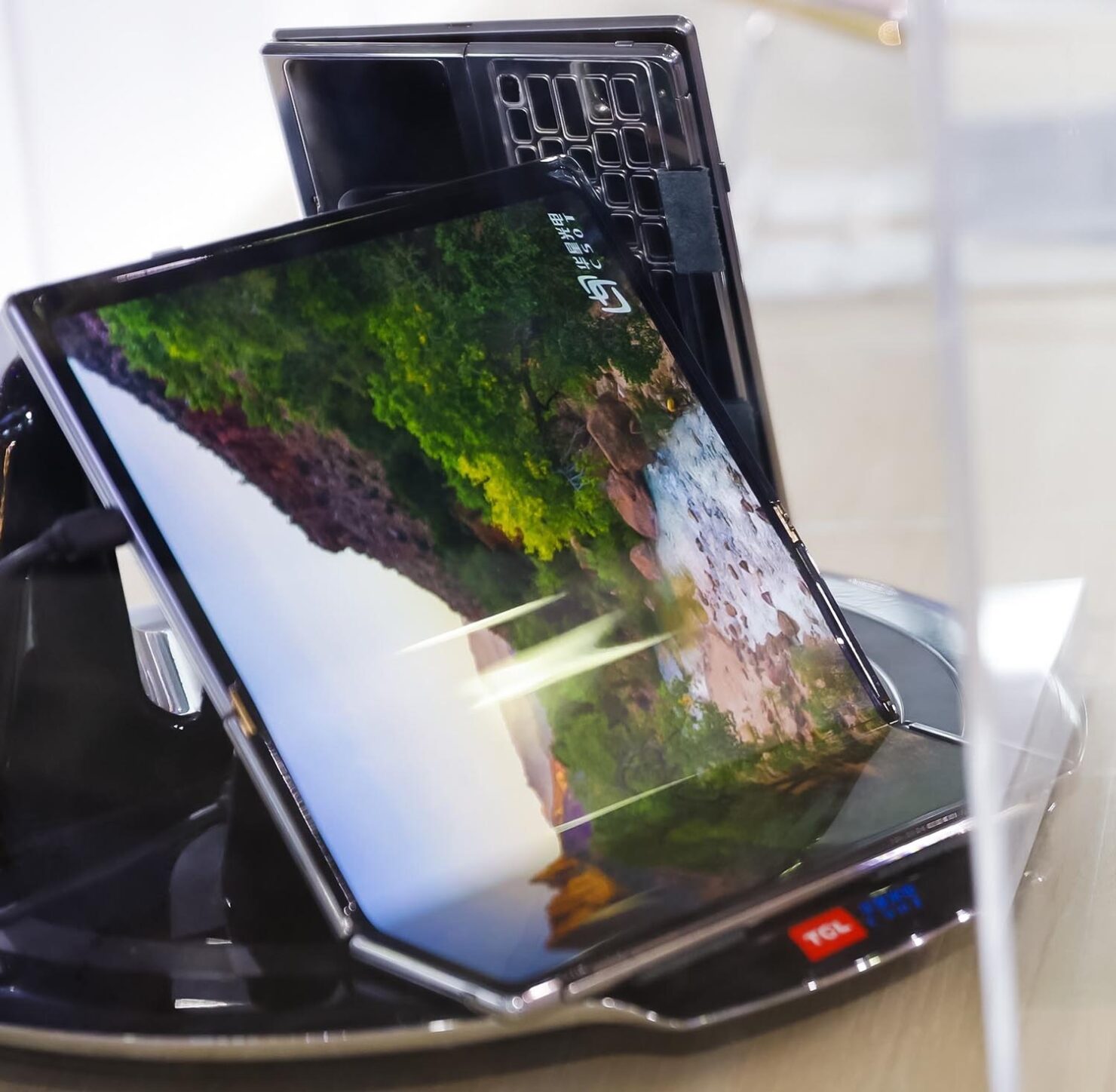 It’s impressive and refreshing to see device manufacturers like TCL experimenting with the foldable form factor, but this latest concept is something out of a sci-fi film. It takes the Surface line and its folding technology to merge the two and create a fresh device that also touts a kickstand. This certainly puts the iPad and Microsoft’s tablet family to shame.

If you look in both video clips below, the TCL foldable concept can extend from two places. From the first place, the 10.1-inch tablet can fold inward to reveal the massive display. Then right at the corner, there’s a small area that’s able to fold, along with a keyboard stencil that can be propped from the backside to highlight the individual key cutouts that indicate what key you’ll press.

From what we can tell, we could never see multiple keyboard rows pop up when a part of the TCL tablet was folded. Then again, it’s a concept, so we have no choice but to ignore this. We also appreciate how the slate features its own kickstand to prop up the tablet when you want to use the keyboard. That’s not all because this TCL concept has a smaller secondary display that can be seen when the tablet is folded again.

In short, this is just another Galaxy Z Fold 2 with a bigger display and more features, but it’s far from perfect. For one thing, we don’t like the fact that you have to use a stencil to figure out what keys you’re pressing, and the kickstand could use some improvement as well. There’s also no word if this concept will go into mass production or if there will be an improved iteration from TCL in the near or distant future.

It looks like we’ll be updated soon and let our readers know.