There have been several misconceptions between Taylor Swift and Apple. Since the star singer has a new album coming, 1989, she does not want to put it on Apple Music's free trial. Henceforth, she posted a letter to Apple, explaining why she is holding back the album as of making it a part of free trial. The exact problem being somewhat different than what it seems like. 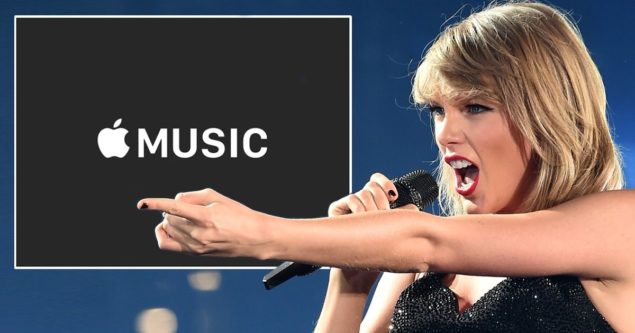 Taylor Swift emphasized that Apple will not be paying artists for the three month trial period for the music streaming service. In accordance, Taylor Swift wrote, "Three months is a long time to go unpaid, and it is unfair to ask anyone to work for nothing. I say this with love, reverence, and admiration for everything else Apple has done." So lets get to some details over the disappointment that Taylor Swift showed.

Taylor Swift Dismayed On Working Without A Compensation

Its not uncanny for Taylor Swift to hold back her album, as she did the same with another music streaming service, Spotify. Taylor Swift further adds that she is not alone on the road to protest the non payment trial period, but other artists also have the same feeling but they do not speak up due to their 'respect' and 'admiration' for Apple.

To put it another way, Apple has landed the exact same time of streaming service that Taylor Swift has been trying to repent. Almost an year ago, Taylor Swift published an editorial in the Wall Street Journal exclaiming her thought that Music Streaming Service does not repay artists as it should be. The preservation of art in an all-you-can-eat buffet will eliminate the rareness and artists would be just wasting time for nothing.

To some extent, Taylor Swift accusations on Apple for no compensation for the Music Streaming Service is correct. According to Peter Kafka, Apple's VP the company pays slightly a larger amount in percentage as that of the industry, and hence the scenario will be off set by higher payments. Taylor Swift concluded the letter with a so called positive note that the company needs to be fair with artists who produce the music for any other platform to play them. With that hanging for a reply and action from Apple, share your thoughts in the comments for what might be the required action from the Cupertino giant.