Tales of Zestiria might be coming to the PC

Tales of Zestiria, Bandai Namco's latest iteration in the Tales series of JRPGs, may be coming to the PC alongside the PS3 platform. The  game has been spotted in Steam's registry, and even though it has been renamed to TOZ, possibly to avoid a potential leak, NeoGAF's member "Takao" grabbed a picture prior to the change.

Tales of Zestiria is a JRPG for the PS3. The game is being developed and published by Bandai Namco. So far it has only been released in Japan, on January 22, 2015, with a western release to follow in the summer. At this point a PC port of Tales of Zestiria’s PS3 version seems quite possible.

Tales of Zestiria makes a return to the series' medieval fantasy setting. It takes place on the continent of Greenwood, where there are two main powers, the Kingdom of Highland and the Empire of Lowlance, battling for supremacy. The people of Greenwood have multiple religious beliefs but they all share a common belief to the Seraphim, despite not having seen them themselves. This is largely because from time to time certain people appear that have the ability to communicate with the Seraphim. These people can borrow the Divine's power and are called priests. 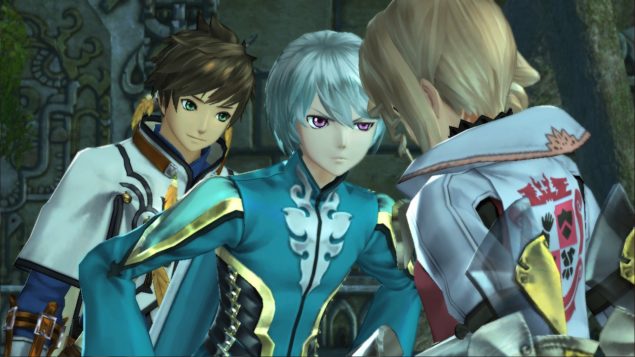 Deep inside a forest called "Divine Forest" lies something resembling a utopia where humans and Seraphim live together. Humans from outside cannot enter so the impurity of the outside world cannot taint the place. The story begins with Sorey, a young man living in a village deep within the forest, who is forbidden to go outside. He one day meets Princess Alisha, a Knight serving her country, in an ancient ruin as it collapses. Sorey is accompanied by his childhood friend, and a Seraph called Mikleo.

It is quite exciting to see JRPG titles becoming available on the PC platform, especially a franchise as strong as the Tales series. Lets hope that the game gets a worthy port that features more than just a few changeable settings to provide at least a worthy upgrade to its original PS3 version. Support for higher resolutions and some extensive anti-aliasing options would be nice. Tales of Zestiria is stated to release later in the summer of 2015 for the PS3, so the PC version could release around the same time as well, or possibly shortly after.