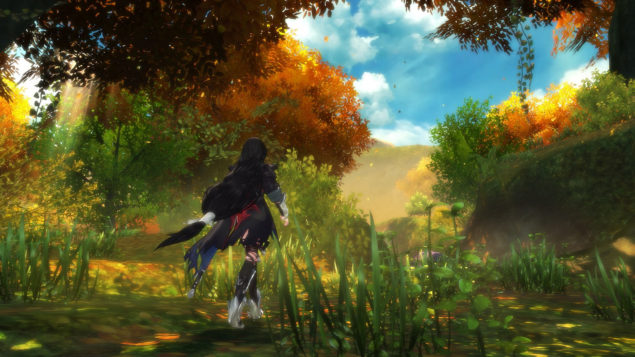 Tales of Berseria, the 16th main entry in the popular franchise, is officially coming to PlayStation 4 and PC in Europe, the Middle-East, Africa and Australasia.

Although a release date hasn't been revealed, the first game in the series to feature a woman as its singular main character will be playable with English, French, Italian, German, Spanish or Russian subtitles.

Not enough to simply announce that they're bringing the latest title to western shores, Bandai Namco unleashed a brand new trailer for the game alongside the press release:

Mutsumi Inomata, Kosuke Fujishima, Minoru Iwamoto, and Daigo Okumura - all veteran Tales of designers - have been brought on board to make the new main characters, while ufotable will return to create the cutscenes.

“BANDAI NAMCO Entertainment’s commitment to providing gamers with compelling role-playing game experiences in the West continues with the announcement of TALES OF BERSERIA. The TALES OF franchise’s history of memorable characters, engaging battle systems, and personal stories will continue to delight fans on PlayStation®4 and PC Digital.” Hervé Hoerdt, Vice-President of Marketing and Digital at BANDAI NAMCO Entertainment Europe.

Tales of Berseria tells the tale of a young woman whose once gentle nature is replaced by a festering anger and hatred that follows a traumatic experience some years earlier. The experience, naturally, also gives her left hand magical powers.