Take-Two Interactive, a multinational video game distributor that is responsible for publishing some of the most critically acclaimed and genre-defining games in the history of video games, recently talked about why fans don’t get to play new entries in its non-sports franchises every year, and as it turns out, the company has no plans to “milk” their popular game franchises like Red Dead, Grand Theft Auto and Max Payne for all the money they can bring in. Instead, the firm aims to avoid product fatigue and make its brands viable for longer period of time. 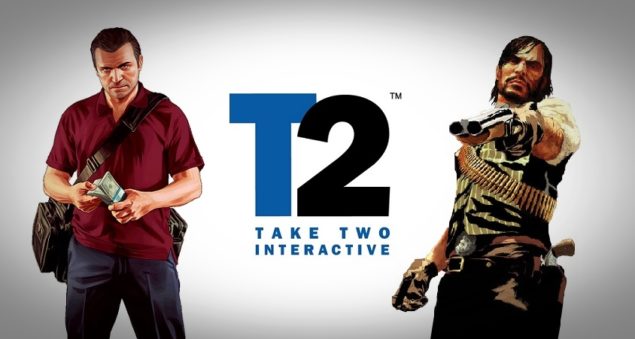 If you have ever wondered why you don’t get to play a new Grand Theft Auto, Red Dead Redemption or BioShock every year, it is because publisher Take-Two Interactive doesn’t pay any mind to squeezing as much money as possible by going with annual release cycle for all its popular franchises. During a business presentation held in New York this week on Tuesday, Take-Two’s president Karl Slatoff was asked if it was hard for the company to maintain investors’ interest in franchises that are not on annual-release cycle. Slatoff responded by saying, “yes, it is a challenge.”

However, Take-Two Interactive still has no plans to change its annual strategy for its game franchises. Slatoff went on to say that the publisher’s decision of not introducing new titles in popular game series every year not only protects the franchises from product fatigue, but it also makes their games more functional in the long run, and this allows the brands they are attached to prove more beneficial than those that see a release every year. He said:

“We don’t intend to change annual strategy because of product fatigue. [Take-Two] creates franchise value and [releases have] to be managed deliberately.

“It’s tempting to have continuous releases and milk a franchise as far as you can, [but] we’ve seen that fatigue in other franchises in the games industry. With almost every single franchise for us, the latest release is bigger than the one before.”

This is not the first time Take-Two has expressed such sentiments. The company’s chief executive, Strauss Zelnick, put forward similar thoughts back in November 2015. He said that annual exposure can prove to be erosive to the value of a brand, explaining that not bearing the burden of releasing a new game each year, developers get more time to make their next game exceptional in terms of quality, and it also results in increased anticipation and demand.

Zelnick, however, did indicate at the time that some of Take-Two Interactive’s franchises would see new titles more regularly, with Borderlands and BioShock already being on this path. Nevertheless, franchises that Rockstar Games is responsible for such as Grand Theft Auto, Max Payne and Red Dead will likely continue to have flexible schedules for new games.