T-Mobile Stores Will Soon Display Google Pixel, But Won’t Sell You One 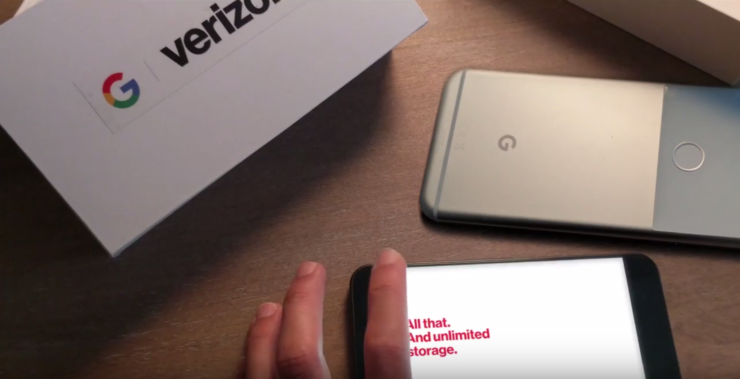 Google released Pixel and Pixel XL phones as Verizon exclusives. This means you can either get Google Pixel unlocked or with Verizon. T-Mobile, of course, had to beat this somehow, so the company is now introducing a new initiative. The carrier will reportedly display Google's latest phone lineup at some of its retail locations on top of offering a deal to return half the price of a Pixel to users activating their phones on T-Mobile.

This means if a T-Mobile customer spots the newly displayed phone in the store and asks about it, the sales rep will help them make the purchase from the two online stores. They will also be told about T-Mobile's Pixel promotion that cuts the cost to half.

This is a new initiative of helping people buy Pixel, along with T-Mobile's prior deal of offering 50% back in bill credits. T-Mobile CEO John Legere had also made it very clear (on Twitter) that the new Pixel lineup works perfectly on the company's 4G LTE network. Pixel supports all the advanced network features, including VoLTE and Wi-Fi calling on T-Mobile.

At this point, it is unclear whether T-Mobile will eventually start selling the phone directly.

This obviously won't sit well with Verizon who has been heavily marketing the product as a Verizon exclusive. The upcoming deal between Google and T-Mobile appears to be a way to bypass the limitations of the word "exclusive." But, it also raises questions about Google's deal with Verizon. Was it to end by 2016, making Google open to more carriers? Is Google finally tired of people thinking Pixel as a Verizon-only phone as it works with any carrier.

Whatever the reason, Verizon won't be happy but T-Mobile and Google certainly will be.