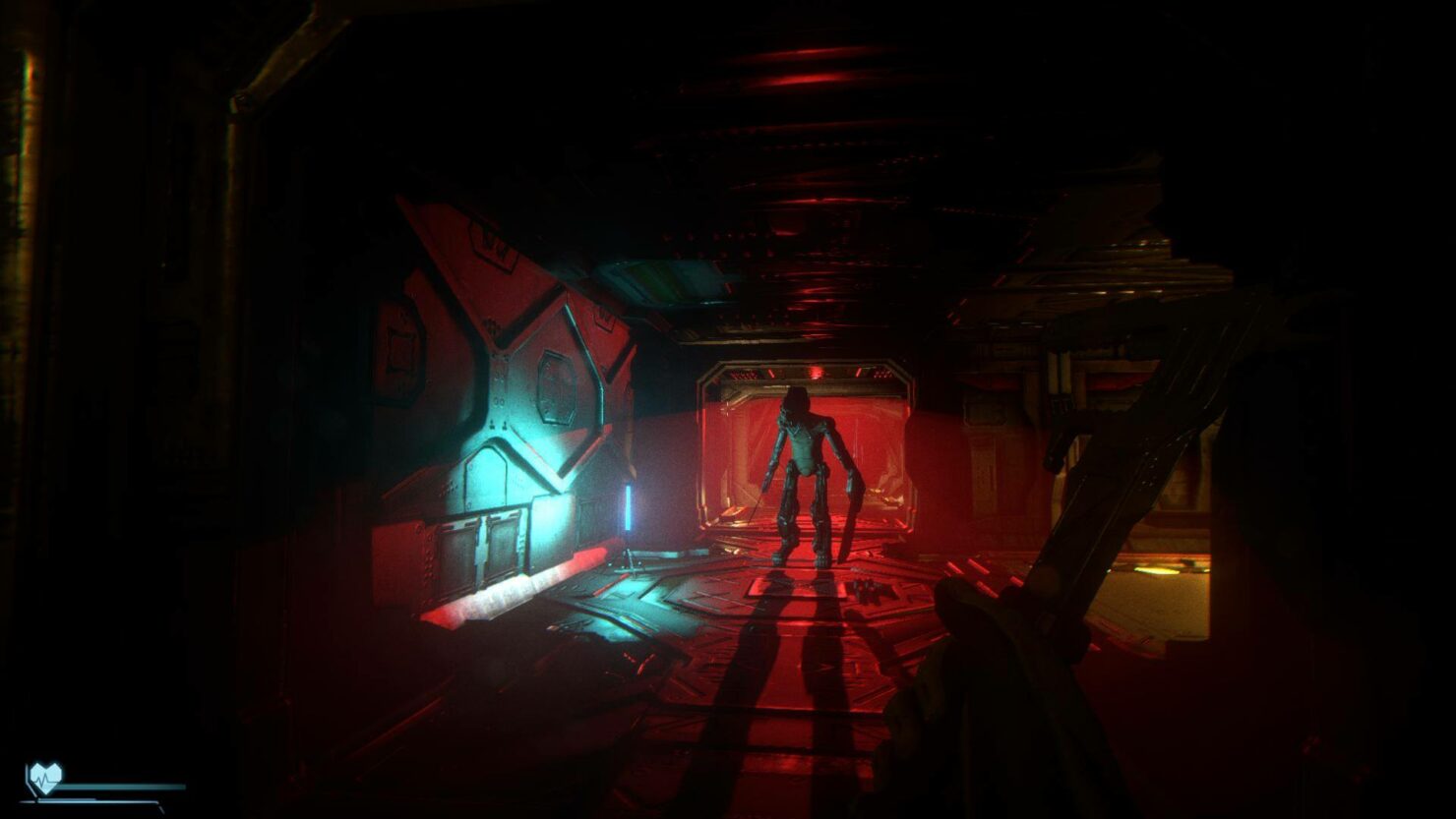 Alien Isolation, the game developed by Creative Assembly, is the perfect example on how to create a compelling survival horror game with a sci-fi setting. Being based on an established franchise definitely helped, but it was hardly a guarantee, considering how the Alien license has been mishandled in the past. Those who have enjoyed this game's atmosphere and gameplay will definitely want to take a look at another first person survival horror game called Syndrome, which will be released next month on PC.

Syndrome is currently in development by Camel 101 and it promises to bring a scary and unnerving experience in the vein of the already mentioned Alien Isolation. In Syndrome, players will control a survivor of a failed military expedition, who wakes up with no memory of what happened and soon starts to find the dead bodies of his crewmen. He'll have to explore the now empty "Valkenburg", an exploration and science ship equipped with the most advanced systems in the Novacore fleet, in order to escape from the horrors lurking inside, such as other members of the crew, horribly mutated following an incident, and other fearsome creatures.

Syndrome, played from a first person perspective, will put a greater focus on survival rather than straightforward action, with resources, ammo and weapons being available only in limited quantities making a stealthy and silent approach the best one most of the times. With creatures empowered with unique and reactive behaviors, players will always be on their toes, making the whole experience feel quite tense. While most of the experience will be focused on survival and stealth, it will also include some additional features that promise to spice up the experience a bit, such as puzzles and some unique dreamlike visions that will help players understand more of what has happened on the ship before the beginning of the game. During the course of Syndrome, players will also encounter other survivors that can be saved from the terrible creatures roaming the ship depending on the circumstances. Saving others, however, is not the game's main focus, as the only truly important thing to do in Syndrome is to survive at all costs.

According to the developers, there’s plenty of exploration to do inside the ship, and many things to discover. Still, Syndrome doesn't look like a game that will revolutionize the survival horror genre, as it includes features that we have already seen in other similar games. On the other hand, the game developed by Camel 101 looks quite solid, so it will be interesting to see if the game will end up being as good as it looks like on paper.

Syndrome launches on PC (Steam) on October 6th, while PlayStation 4 and Xbox One gamers will have to wait early 2017.