The Surge – A Dystopian Sci-Fi RPG By Deck13, Details Coming at GamesCom

Deck13, the developer that brought us the unique setting of Lords of the Fallen, has announced the name of the dystopian Sci-Fi RPG that was teased last month. The Surge will be coming in 2017 to PC, Xbox One and the PS4. 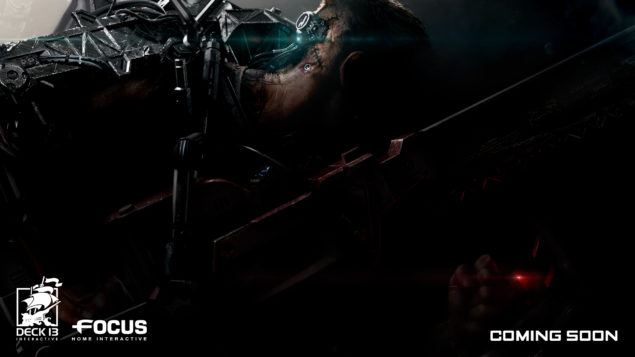 Surge wants to put a new spin on the typical RPG flair.

This new IP will feature innovative combat mechanics and an original character progression system based on modular upgrades gained through tight, visceral combat.

The Surge should hopefully use the knowledge that they gained from creating the unique yet terribly difficult atmosphere of Lords of the Fallen. The story was fantastically told, the action great, though it was very unforgiving.

We're told that there will be more information coming soon at GamesCom in August regarding this titular title. Deck13 won't be working on the sequel to Lords of the Fallen due to this and apparent differences that caused them and CI Games to part ways. Those reasons for parting haven't been revealed.

Oddly, the artwork for The Surge is highly reminiscent of Elysium, staring Mat Damon. The details of this particular exosuit and the outline of the weapon almost directly resemble the same from the movie. Will The Surge, then, be a story within that particular saga? Perhaps a continuation of events after Matt Damon sacrifices himself for change?