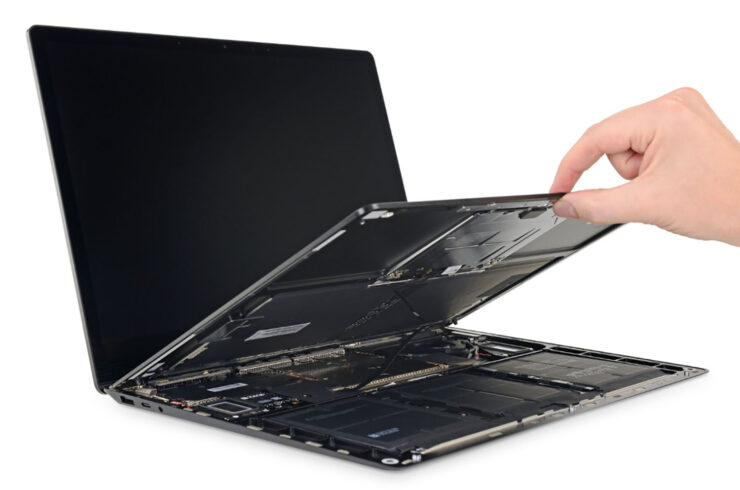 The original Microsoft Surface Laptop was notoriously difficult to open, let alone repair, which obviously meant the company’s engineers wanted to come up with a more flexible solution that wouldn’t compromise on the sleekness of the machine and give customers some upgrade options down the road. Their combined efforts can be seen in the latest Surface Laptop 3 teardown from iFixit and if you read through the entire disassembly, you’ll get to know all the changes Microsoft has made. Some are welcomed while others might not be appreciated, as you’ll soon find out.

Microsoft Surface Laptop 3 Teardown Shows It Isn’t Difficult to Get Into, but That Doesn’t Mean You Should if You’re Not Experienced

The opening procedure has improved considerably, as iFixit states. Removing the bottom four rubber feet gives access to some screws and from the front, the Surface Laptop 3 teardown shows it’s easy to get into. However, there are a few surprises along the way. For example, the upper keyboard case isn’t glued in place but held together by magnets, which is an excellent touch. Unfortunately, there are some metal shields covering the components that are difficult to remove and once you do remove them, it’s even more difficult bringing them back from their ‘now’ warped state.

The M.2 SSD is held together by just a single screw, and after you remove it, you’ll immediately be able to pop in a new one. Sadly, the form factor might be M.2, but the SSD features a smaller length and not the regular sticks you’re used to seeing in thin and light notebooks. Thankfully, during the Surface Laptop 3 teardown, iFixit shows that removing the cooling solution only involves the removal of a couple of screws and this change is extremely helpful in case you want to reapply thermal paste on the CPU and GPU. 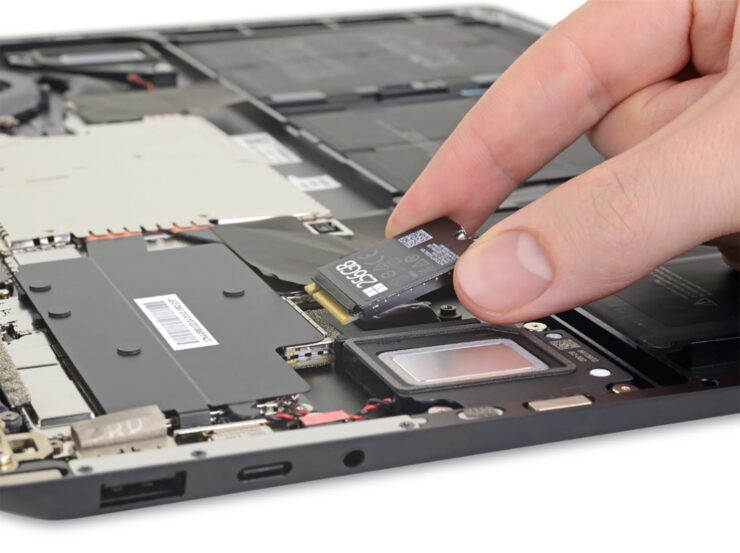 However, to gain access to the motherboard, users will need to remove a large number of metal shields. Just like the SSD, the display is also easily removable and requires a couple of screws to get detached. Now for the biggest grip in the entire Surface Laptop 3 teardown; the battery removal. In short, there isn’t a way to remove the 45.8Whr unit as it’s firmly glued in place. As strange as it sounds, there are no adhesive pull tabs to help remove the battery like they are present in almost every single smartphone these days. That being said, unless you use a lot of solvents, and don’t mind voiding your warranty, you’ll run into a roadblock in replacing the battery. 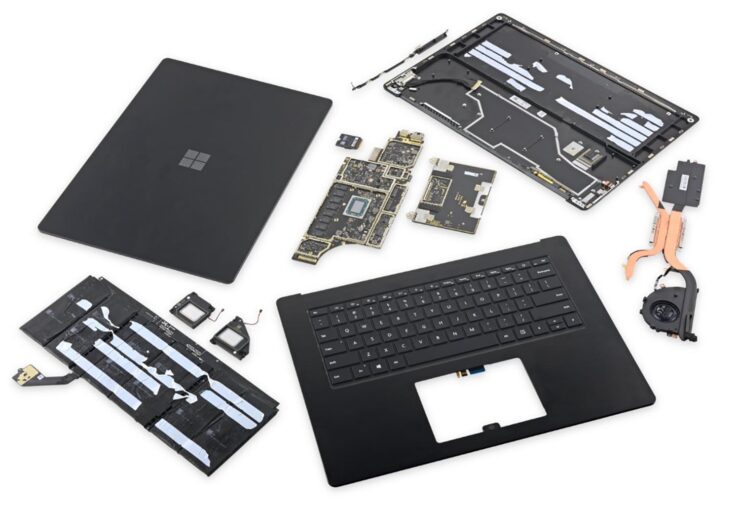 Overall, iFixit gave a 5 out of 10 repairability score for the latest Surface Laptop 3 teardown, making replacing components and entering the innards of the machine miles better compared to the mess Microsoft offered in the form of its original Surface Laptop. Unfortunately, if your battery has aged considerably, the only way to get it replaced on the Surface Laptop 3 is to visit the company’s physical outlet or an authorized repair center.

Will you be upgrading to the Surface Laptop 3 now that Microsoft has made it much easier to get inside? Let us know down in the comments.