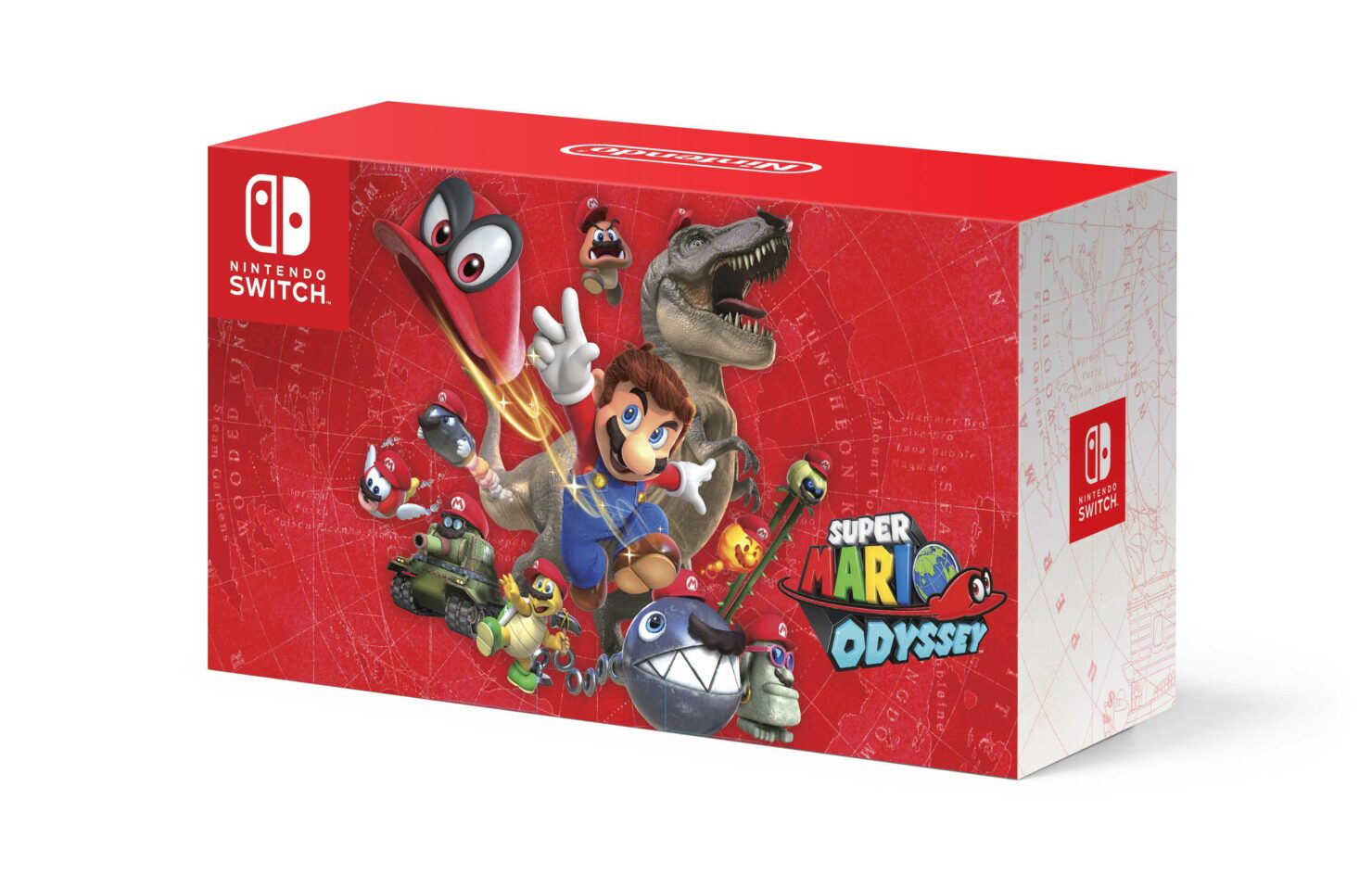 At the end of the Nintendo Direct stream, Nintendo talked about Super Mario Odyssey, the new adventure of Mario. One of the most interesting details Nintendo shared was that there will be a new Switch bundle that includes a copy of this game

This Switch bundle will include a Nintendo Switch console, obviously; a digital copy of Super Mario Odyssey; a pair of Joy-Con in red color and a special edition carrying case to charge the console. All of the above will be available from October 27th and will cost $379.99 USD.

As you can imagine, the Super Mario Odyssey Nintendo Switch Bundle will also come in a special edition box. You can check how it looks in the image below. 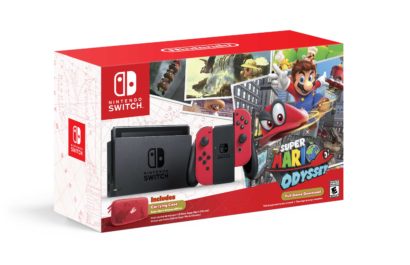 In addition, two new worlds were also shown in a new trailer below. The two worlds in question are Ibernia and Bollicinia, respectively the Kingdom of the Snow and Sea, further testimony to the great variety of environments that will characterize the locations of Super Mario Odyssey.

The video also shows Cappy in action, the hat that will accompany Mario in his attempt to rescue Princess Peach from the clutches of the evil Bowser. The special headgear can be used by the players to control some elements of the scenario and, occasionally, to knock out enemies.

What do you think about this bundle? Tell us in the comments below.