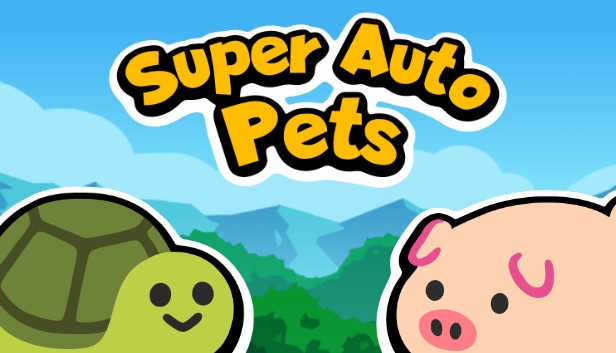 A free to play mobile game also on the PC. Most times, that description alone would be enough to make my testicles crawl up into my body. Mobile gaming, in general, is enough to make that happen, though there are times I find a game that is both free and fun, and that isn't trying to hoover up my wallet in a move reminiscent of a 2K casino or the FUT gambling sideshow. Such games include Steppy Pants and the sublime Super Auto Pets. 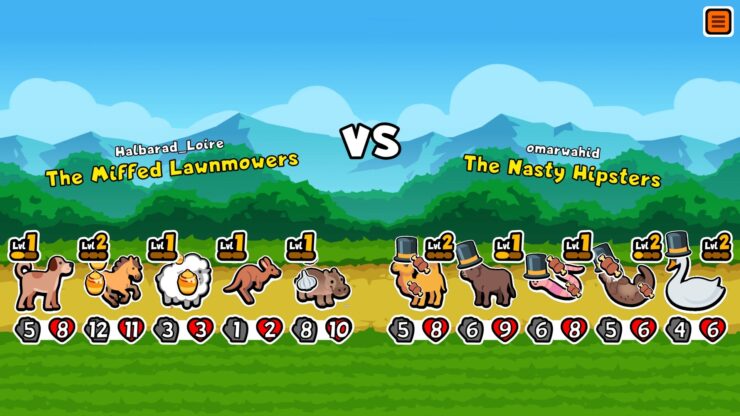 The absurd thing is that Super Auto Pets is in such an early stage of development; the iOS version should be released in three days from my writing this sentence. Version 0.16 is the current version on Steam, having dropped recently, and I'm not sure which version the Android version is, but it's the same game. If you start a battle on Steam, you can carry right on where you left off on Android. All the points and progress you've gained so far carry right on, so long as you log in. The business model? I think it's to let players have fun. I spent a few quid on the second animal pack - and if you have that, you can only face others using it. It's not even pay to win!

Sorry, Team Wood Games, have you been drinking? You realise that free-to-play games should be exploitative messes, don't you? We need to stage an intervention. The crazy thing with Super Auto Pets is how fun it is with such minimal gameplay and how simple it all looks. Simple is, however, far from what the game is. It's one of the most surprisingly tactical games I've played recently, with so many permutations in the pets you have in your lineup. Could you make the perfect lineup? It's possible, but the random elements rarely let that happen.

For those of you who haven't played it, it seems so simple at first. You build a lineup of up to five pets, each with their abilities, and they battle. Naturally, pets abilities can complement each other. In addition, pets can level up by buying and stacking the same pet, and you can boost their attack and defence by food items purchased from the shop. This is the same shop you purchase pets from, with food and pets costing three gold each - with a few exceptions. You can also spend one gold to refresh the pets and items within the store.

You're rarely going to find that specific pet or food item you want. I'd know; I've done six refreshes once and not seen any of the three animals I wanted. If you do see one and want to save it through a refresh (paid, or one that happens after every fight), then you have the option to freeze it. It's a saving grace when you've dropped to one gold; selling a level 1 pet would only net you one gold, so you'd be stuck with a reduced lineup of pets, and you'd still lose the gold once you go into battle. 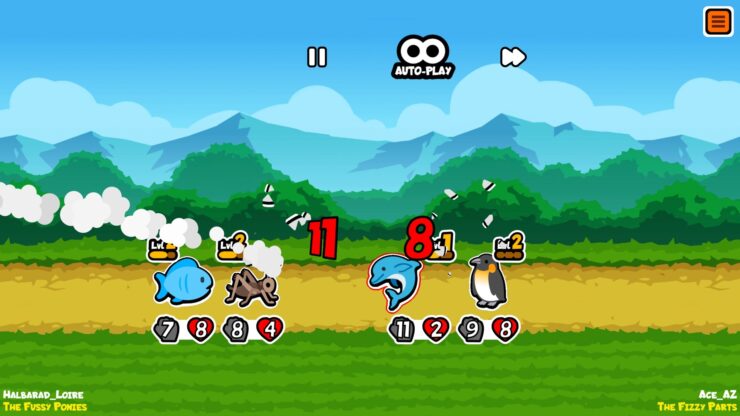 There's no doubt that you're going to do well if Fortuna smiles down on you, but you can always help yourself. Don't buy a pet just for the sake of it; you can drastically weaken your lineup without even realising. I've done it—many times. Using the extra gold on refreshes then freezing items for the next turn can be a valid tactic early on. You have lives to spare; you can afford to lose a fight. Only just, though. You lose one of your ten lives in the first two fights if you lose. Level two, two lives will be lost, and level three and beyond, three lives. Fortunately, you don't lose any for a draw.

I've talked about how tactical Super Auto Pets is, but that's an abstract statement; let's put meat on its bones. Speaking of meat, one item of food you can feed a pet is meat, which gives it an extra five attack damage. It's nothing compared to Garlic Armour; equip this to your Bison - particularly one getting buffed by your Giraffe, and you've got an outstanding tank ready to take on the world. I got to level nine, though lost in the very last fight, using a Bison and Giraffe combo, backed up by a monkey.

I know what you're thinking; I'm crazy. You are right, I am, but it's not because of the pets. No, I've been this way for a long time. Play a bit of Super Auto Pets, and very soon, you'll be talking about Garlic Armour, Pears, and Monkeys buffing your Hippo. Not in a sexual way, either. It doesn't take long to get sucked into this particular rabbit hole; that's how addictive the game is. 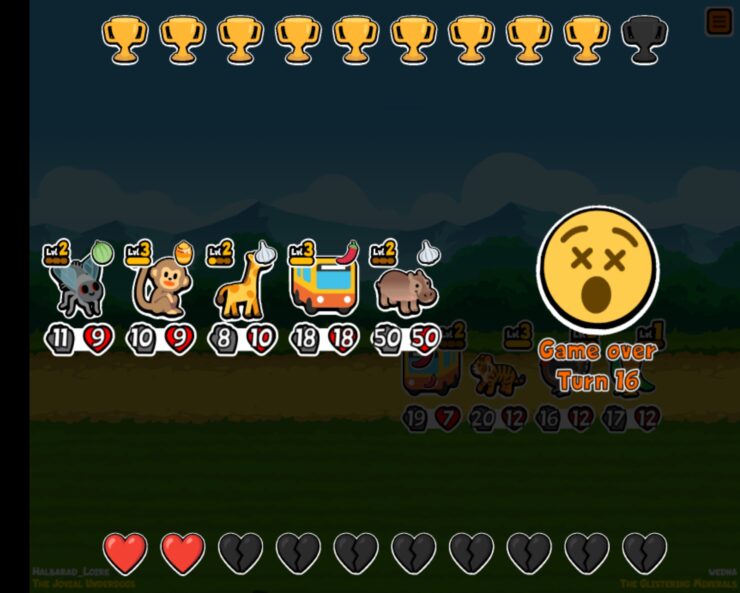 That's why I'm writing this; I've been playing it. Not because I've been asked to, but because I want to. It's essentially running in the background most of the time. I let the pets auto-battle, and they only want my attention - but never demand it - in between fights. I can come back to it when I've got the twenty or so seconds I need, and then I get back to work. Once i'm not working, it's somehow more engaging. I'll play it on the PC, and it grabs all of my attention, then once I leave my PC, I'll continue the same game on my phone.

Super Auto Pets. It's a free-to-play game that grabs my attention more than most games I've ever paid for, and I've willingly paid money for the second animal pack (which I barely use). If that doesn't tell you everything you need to know, even at this level, nothing will.