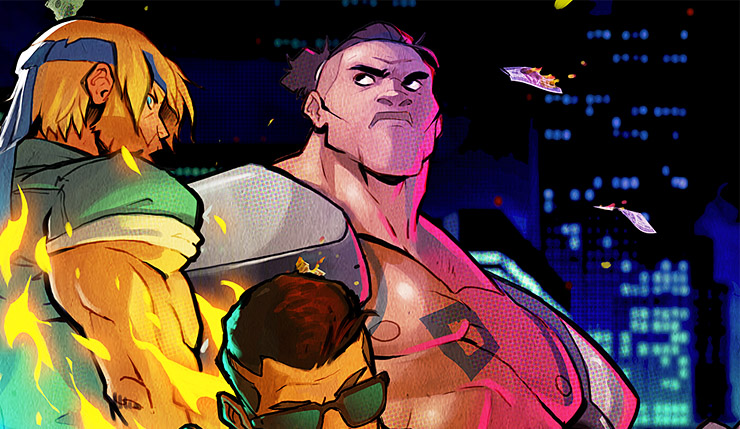 Streets of Rage 4 has revealed its final all-new playable character, Floyd Iraia. The guy is essentially Jax from Mortal Kombat, except even more jacked an unstoppable, as his robot arms can electrocute enemies and unleash giant death rays. Floyd is SoR4's fifth character (a record for the series) – he joins the classic trio of Axel Stone, Blaze Fielding, and Adam Hunter, and fellow new addition, Cherry Hunter.

In addition to the new character, it’s also been revealed Streets of Rage 4 will include two-player online co-op and four-player local co-op (another first for the series). You can check out the 90s-tastic skull-busting action in the trailer, below.

Here’s a bit more information about our newcomer Floyd:

Floyd dishes out serious damage with his incredibly strong cybernetic arms, a cutting-edge upgrade courtesy of Streets of Rage 3’s playable cyborg, Dr. Zan. Although Floyd’s movement and health recovery are slower than most, he boasts the longest reach among the playable roster and tremendous power, ensuring any combo he puts an enemy through will be devastating.

Streets of Rage 4 brawls its way onto PC, Xbox One, PS4, and Nintendo Switch sometime this year.