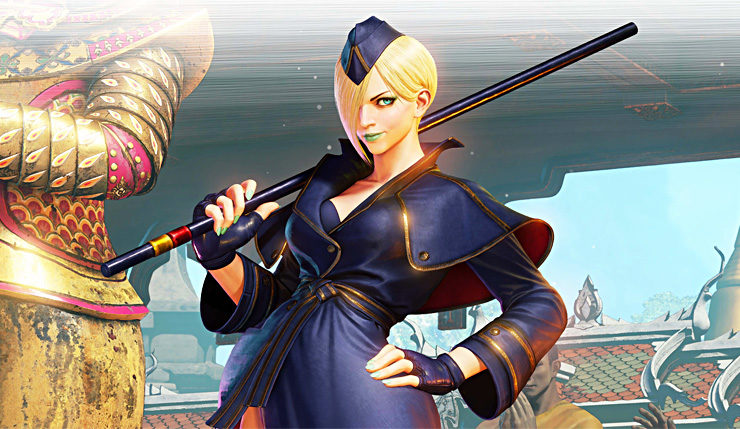 Street Fighter V has announced it’s next DLC fighter will be Falke, an all-new addition to the series. Falke is a female clone of M. Bison, who was rescued from Shadaloo and now fights against her creator. Of course, unlike the original Bison, Falke doesn’t wear any pants, because Capcom’s gotta Capcom. You can check out a trailer and quick bio for Falke, below.

“Falke was built to be an alternative clone for M. Bison. She was heavily experimented on by Shadaloo and was forced to train day in, day out to achieve perfection. Falke has the unique ability to infuse Psycho Power into objects and release it through them, mainly through her staff, which she named Harmony. Years of harsh training went by, causing Falke to spiral deep into despair, wishing for it all to end. Finally, Ed came to her rescue and they both were able to escape Shadaloo. Now, the two have a sibling-like bond and are searching for others like them in need of help.”

Falke’s Psycho-Power-blasting staff definitely looks fun and unique. Falke should be a good choice for casual players, as you can build Psycho Power by simply holding down the punch button, and can fire it off in different ways without the need for complex button combos. Here’s the lowdown on Falke’s V-Skill and other abilities: 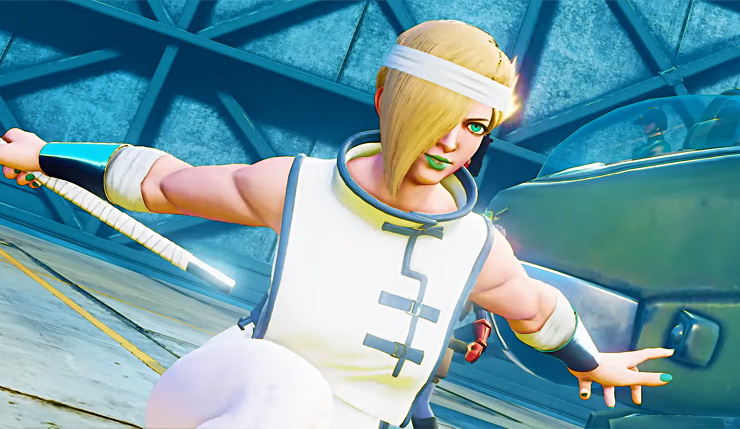 Falke extends one arm and spins her staff in front of her. Psycho Trombe on its own can be cancelled into by a variety of normal moves and can also be used to absorb projectiles.

In this two-block V-Trigger, Falke powers up her ability to infuse and release Psycho Power from her staff and will allow her to use additional versions of her special moves without needing to charge up in advance.

In this three-block V-Trigger, Falke increases her ability to utilize her staff in various ways. Upon activation, Falke will immediately twirl around hitting the opponent into the air, which she then follows up with a surge of Psycho Power.

With a Psycho Power-charged staff, Falke launches opponents into the air. She then pole vaults up to meet her opponent, whacks them sideways with her staff, then slams them down with a final overhead swing.

Falke is the third of six characters included in Street Fighter V’s third season. The Street Fighter V Season 3 Character Pass also includes the already-released Sakura and Blanka, as well as Falke, Cody, Sagat, and G, and will set you back $30. Characters can also be purchased individually for $6 or for 100,000 worth of in-game Fight Money.

Street Fighter V is available on PC and PS4. Falke fries the competition on April 24.