Stream Millions Of Songs On iOS Legally and Free With BOOMiO

When you’re in a mood for some groove, you play a song, while all you get is an ad-befuddled view or a 30 second clip to rot your mind. Everybody wants something for free however, the most free version music app have some limited sample prospective for uses which is absolutely not fair. ITunes offer mere 30 second teasers and Spotify Free has been mingled in ads. Well today, all the music listeners are in for a surprise because we are here to showcase an app which would intrigue you all.

BOOMiO is capable of playing full length songs without take away any of your hard earned cash, or wasting your time. Not so long ago, iTunes was the major go-to pit to find digital music but those with the likes of Pandora and as mentioned, the supreme reign of Spotify, had caught the eye of many, in search of digital music as the demand and need for Cloud music streaming lives on. 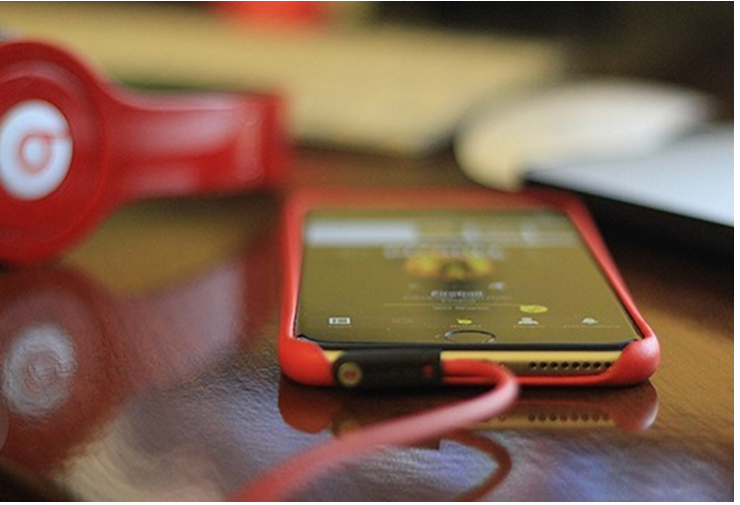 BOOMiO Enables You To Stream Millions Of Songs, Free Of Cost And Legally

BOOMiO sells itself as an astounding social music app as well as provides discovery service which enables you to cradles new content to be shared with your friends. The elements that put several people off when trying other apps is the fact that they lack pure content, but as per the description provided by BOOMiO it’s jam-packed with "millions of original, full-length, licensed tracks." 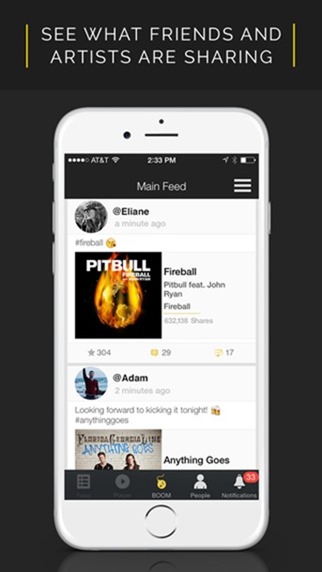 Once you have found a track worth sharing, you can ‘BOOM’ it to a friend or post it to a group along with getting a conversation started in real-time about the music. 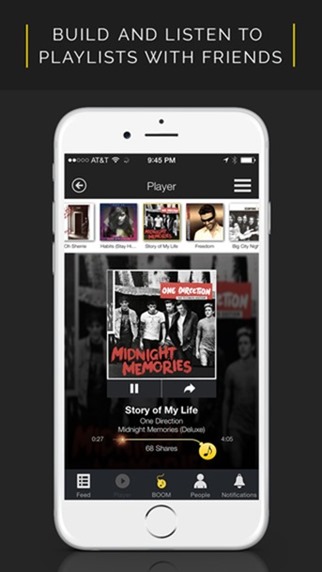 BOOMiO app is pretty neat and hefty and having it tried briefly, we have no doubt to question its potential. But its all early-doors for BOOMiO so far, seeing Spotify and Pandora dominating the music app industry, like Netflix has dominated for video content. It’s hard to see anyone talking about BOOMiO like others just yet. 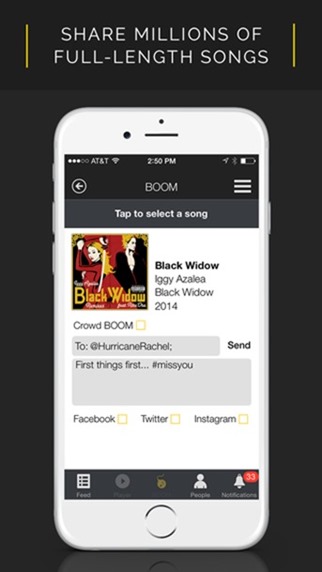 With the passage of time there will be improvements being made in contrast to Spotify-like artists, so do give it a whirl and grab BOOMiO for iPhone on the App Store do let us know about your thoughts through the usual channels. Do follow us on Twitter and like our Facebook page for more insight on updated tech news.