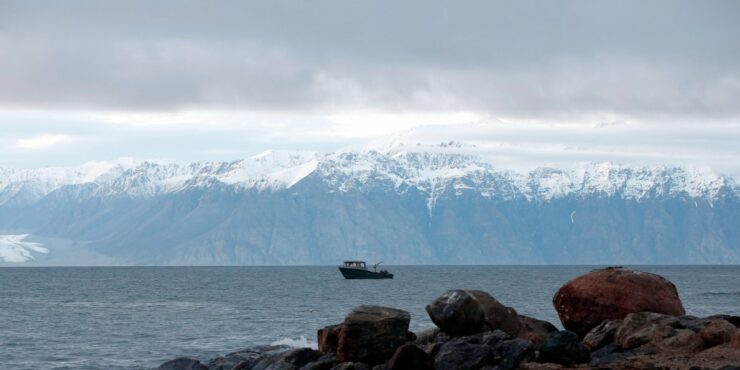 Mysterious and unexplained things are always a source of attraction for everybody, whether they are paranormal or scientific. Recently a weird, mysterious noise has been emerging from the deep sea floor in one of Canada’s northern territories. This noise has left the locals and officials puzzled and they have not yet succeeded in identifying the source. The sound has been heard in a channel of water in the Nunavut region throughout Fury and Hecla straight and has been unexplained by the local community. The area is remote and is located in the northernmost territory of Canada and the locals here rely on hunting for their food supplies. Now when you think about how backward an area may seem the obvious answer that comes to our mind is that it must be some animal behind this noise but no solid proof is available.

Observers noticed that there had been a decline in sea mammals in the area and they are attributing this to the strange noise. The sound has been described as a ‘ping’ or a ‘hum’ and it has been reported that it is audible through the hulls of the boats. Maybe it is some bigger mammal right? This seems like the most obvious answer. Maybe that’s what scaring the other animals away. Members of the Legislative Assembly who represent the area observed this unusual lack of animals. According to what MLA George Qualut told CBC News, “That passage is a migratory route for bowhead whales, and also bearded seals and ringed seals. There would be so many in that particular area. This summer there was none.”

Among the various speculations about the source of the noise included Iron Mines Corporation’s mining activity for the conservation work of Greenpeace. However, both organizations have denied involvement in the matter according to CBC News. The source of the problem is currently under investigation and the Canadian Department of National Defense is now also involved in the investigative procedures. A spokesperson said in a statement to CBC, “Canadian Armed Forces are taking the appropriate steps to actively investigate the situation.” So if the armed forces are involved, does this mean that the matter is serious or is it just a precautionary measure? We have to wait and see what comes out of this investigation for further details.