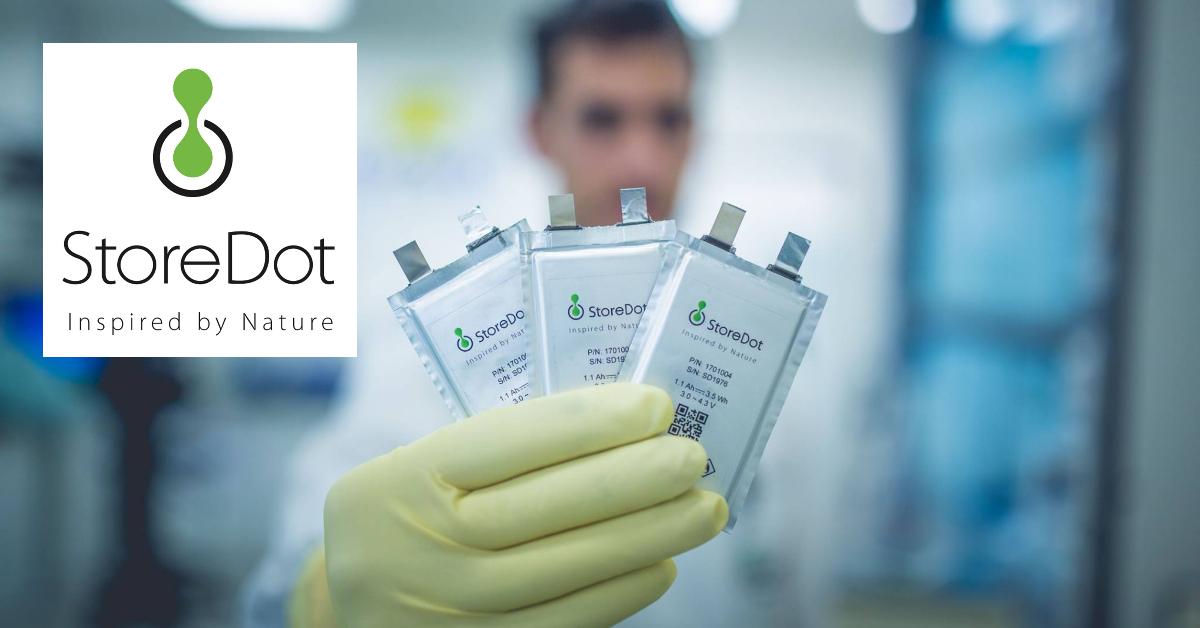 StoreDot, an Israeli company that manufactures fast-charging lithium-ion batteries, is fast becoming the latest hotcake in the SPAC sphere amid credible rumors of an imminent merger.

For those unfamiliar with StoreDot’s business model, the company is championing its Extreme Fast Charging (XFC) technology vis-à-vis lithium-ion batteries. The anode of these batteries is constructed from nanoparticles that are arranged in layers and embedded in an organic conductive matrix. These nanoparticles are important for high electrochemical activity and are designed to increase conductivity. Similarly, the cathode is composed of proprietary compounds that deliver enhanced safety and stability. Finally, the XFC battery electrolyte can tolerate high voltage – which is necessary to deliver fast charging speeds – and offers resistance to dendrites, which are microscopic structures that form from unwanted chemical reactions between the electrolyte and the lithium metal. Readers should note that StoreDot eventually aims to transition to solid-state battery cells by 2028.

Back in January 2021, StoreDot had announced the successful testing of its XFC battery tech that aims to revolutionize the EV industry. Additionally, in 2019, the company successfully charged a two-wheeler EV with a 70km range in 5 minutes. The company maintains that its batteries are capable of being fully charged in as little as 5 minutes, thereby substantially boosting the parity of EVs with Internal Combustion Engine (ICE) vehicles. As another salient feature, StoreDot’s XFC batteries can be produced “on existing Li-ion production lines” without the need for a dramatic alteration of such battery manufacturing facilities. In 2017, StoreDot raised $60 million from investors, including Daimler and Samsung. Then in 2018, BP (NYSE:BP) invested $20 million in the company.

Despite the promising outlook for StoreDot’s XFC batteries, readers should note that a number of crucial variables remain uncertain as yet. Conventional lithium-ion cells use carbon or silicon as the host material in the anode in order to provide the structure to hold lithium atoms. However, this approach is quite inefficient as it takes six carbon atoms to hold one lithium atom. This has been the primary limiting factor in increasing the energy density of conventional lithium-ion cells as a thicker, lithium-dense cathode requires an equally thicker anode. Presumably, StoreDot has been able to sidestep this problem by incorporating nanoparticles in an organic matrix. Nonetheless, we do not know the number of complete charging cycles that these batteries can offer, nor do we know their operational temperature range. Additionally, the company has yet to offer more clarity on the energy densities of these XFC batteries. Finally, we do not know whether such aggressive charging speeds render the battery more susceptible to spontaneous combustion. Of course, as StoreDot continues to test its products, additional clarity will become available.

This brings us to the crux of the matter. The SPAC sphere is currently abuzz with rumors of an imminent merger DA with StoreDot. While the identity of the SPAC in question is not known, Burgundy Technology Acquisition Corp. (NASDAQ:BTAQ) seems to be grabbing a lot of attention in this respect. Nonetheless, we would like to stress that StoreDot has not provided any official confirmation regarding its intentions to merge with a SPAC or even go public at this stage. However, recent developments do increase the likelihood of a public flotation. For instance, in March, SoreDot appointed the former VP of Business Development at BP, David Gilmour, as its Chairman. Jon Salkeld, another former BP executive, also sits on the board of StoreDot. This hiring spree does indicate a growing momentum within the company to expand its business, with a public flotation remaining a crucial ingredient in this pursuit.