Steam has published their latest hardware and software survey for the month of June. A home to over 125 million active accounts, Steam is by far the largest gaming platform for PC gamers and their hardware survey reflects what kind of hardware is popular and being used by the PC gaming masses.

A year ago, we reported that the GeForce GTX 970 was the most popular graphics card among PC gamers. It had a price of $329 US and delivered the best price to performance value for a good length of time. Last year, NVIDIA also released the sub $250 priced GeForce GTX 1060 and to our surprise, the GTX 1060 has managed to be more popular than the GTX 970. 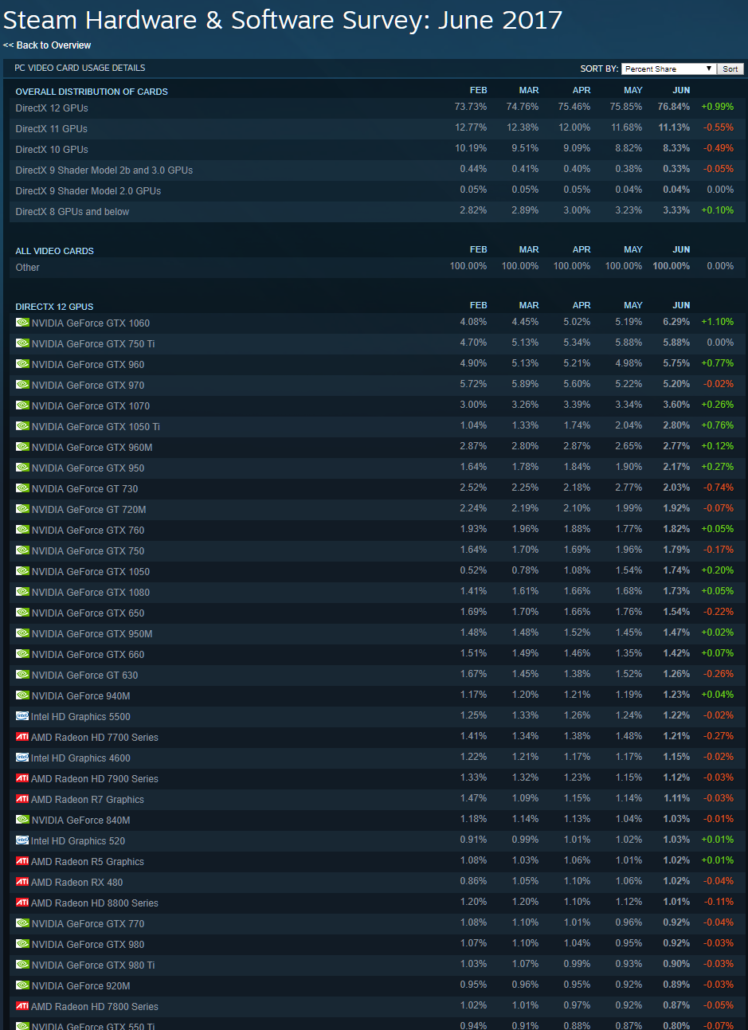 The reason for that is the more competitive pricing which NVIDIA decided to adjust for the card along with performance which matches or even bests the GeForce GTX 980 at a much lower price point. The higher VRAM size also means that gamers can enhance visual quality settings for better and richer gaming experiences. As of right now, the GeForce GTX 1060 has a share of 6.29%, up from 5.19% (May 2017). Users who are currently running a GTX 750 Ti have refrained from upgrading as the GPU has seen 0% share difference since May 2017. The GeForce GTX 970 is on a decline but still holds a share of 5.20% which is much higher than the 3.60% share of the GTX 1070. 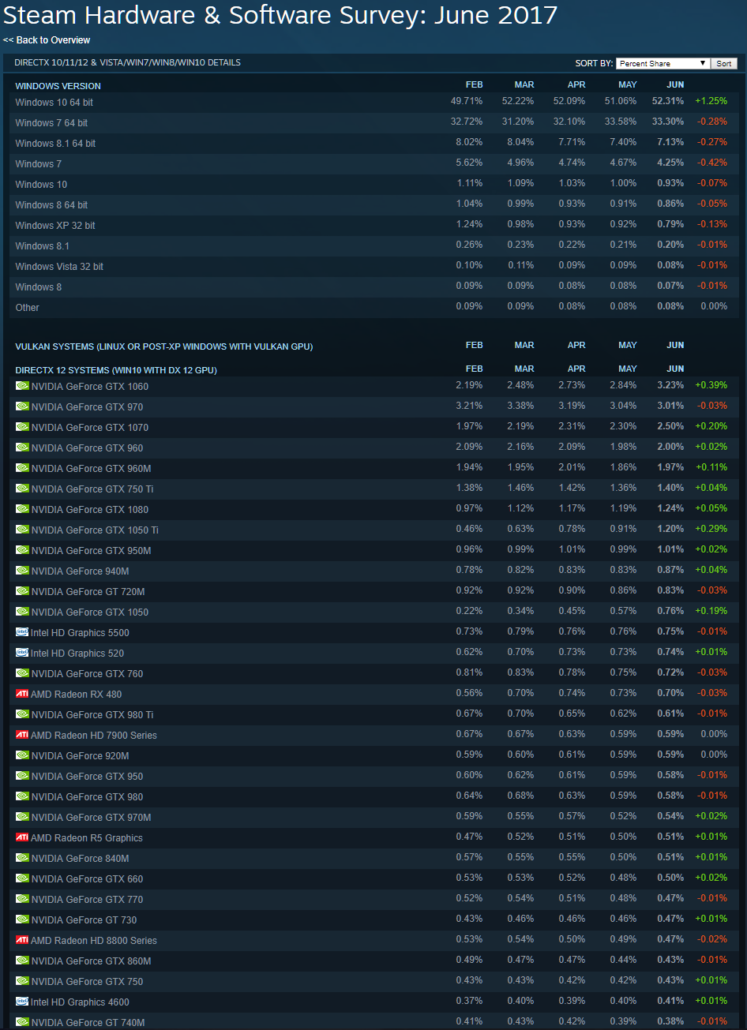 Overall, we can see that most PC gamers enjoy the latest releases from NVIDIA as their new GPUs have time after time been the most popular products on Steam.

When it comes to CPUs, we can see that Intel's share is increasing gradually and now stands at 80.92% (+0.81% from May 2017). AMD on the other hand saw slight share decrease from 19.86% in May to 19.01% in June 2017. The timeline covers the launch of Ryzen 7 and Ryzen 5 series processors so it may be indicative that while most users have bought the new chips, many old CPU/APU gamers may have shifted. 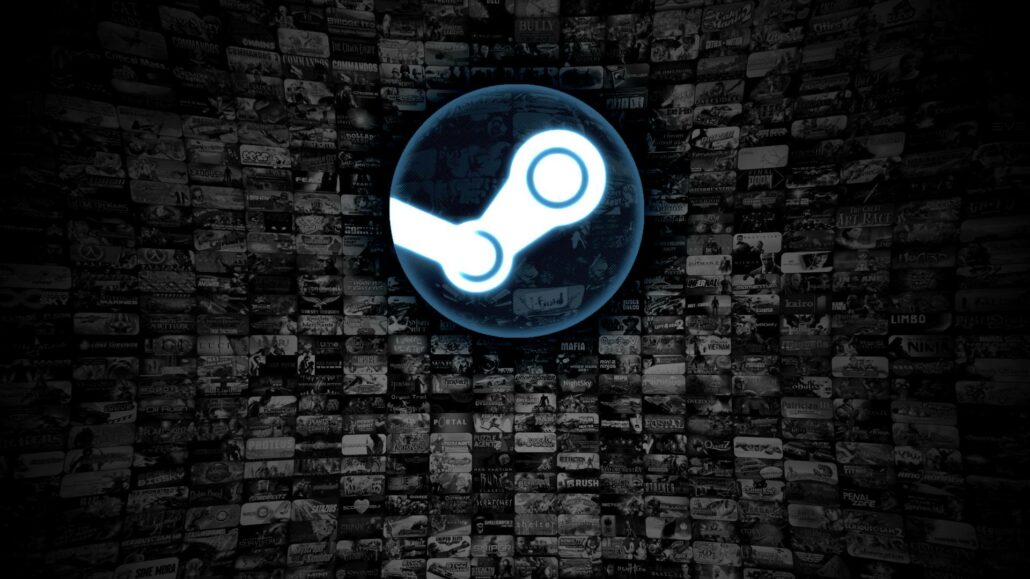 Other interesting details show that most PC gaming desktops are now configured with at least 8 GB of VRAM (38.98%), there are also plenty of systems with more than 12 GB of RAM (23.06%). A few budget aimed rigs are configured with 4 GB of RAM and hold a share of 17.67%. In terms of VRAM, PC gaming desktops amounting to 31.13% share are configured with graphics card that hold 1 GB of VRAM, 24.68% with 2 GB of VRAM, 10.95% with 4 GB of VRAM, and over 4.5% with 8 gigs of VRAM. The 1080p resolution remains the most popular while there's a slight increase in wide-screen and 4K monitors. For more interesting figures, you can head over to the Steam HW Survey here.