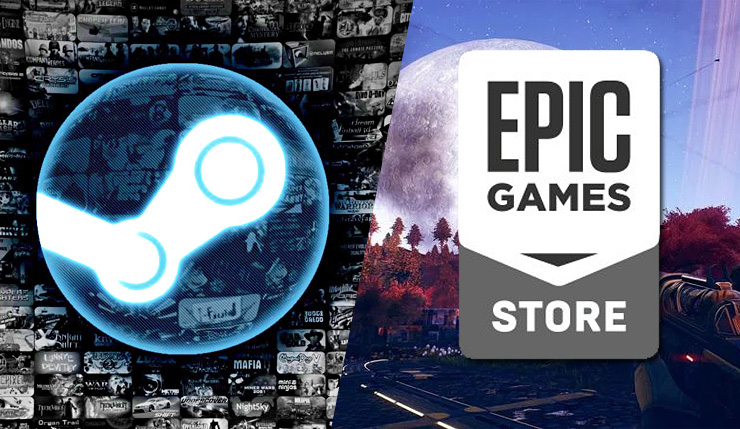 The conventional wisdom is more competition tends to be beneficial for any industry, but somewhat surprisingly, it seems that wasn’t the case for digital PC storefronts in 2019. Last year saw Steam and the new Epic Games Store battling it out for PC gamers’ dollars, with the latter controversially locking down a number of high-profile exclusives, but according to NPD Group analysist Mat Piscatella spending on digital PC games was actually down in 2019.

The great PC distribution platform wars of 2019 did not do consumer spending on PC content any favors btw. Priorities of enhancing consumer experience & choice and minimizing confusion were all deemphasized in 2019, contributing to lower overall consumer spend on PC content.

Of course, that tweet will be rich fodder for Epic Games Store haters – Piscatella certainly seems to be hinting some people’s loudly-proclaimed resistance to playing Epic exclusives, or perhaps folks just overlooking games because they weren’t on Steam, was a legit issue. That said, in a follow-up tweet, Piscatella made sure to note no one platform was to blame, as many factors contributed to a “rocky” 2019 for PC gaming.

No. PC content sales were down in 2019. Data suggest to me that all the movement with dist platforms contributed to that, as did a number of other factors. I wouldn't point to a single platform. PC was a rocky market in '19 with quite a bit of disruption.

Overall, 2019’s lower PC spending could just be part of a larger trend. In a more detailed blog post, Piscatella predicts traditional game sales could see “double digit” declines in 2020 as current-gen consoles continue to sputter out and game subscription services become more popular. As for the great PC storefront wars, Epic established itself well in 2019, is continuing to improve its launcher, and has started to offer some better sales, so hopefully they will be more of a genuine, organic competitor to Steam in 2020. Long term, I still think more competition is a good thing.

What do you think? Where do you see PC gaming, and the market as a whole, going in 2020 and beyond?