Starlink On Verge Of Losing Fight For Crucial Infrastructure To Amazon 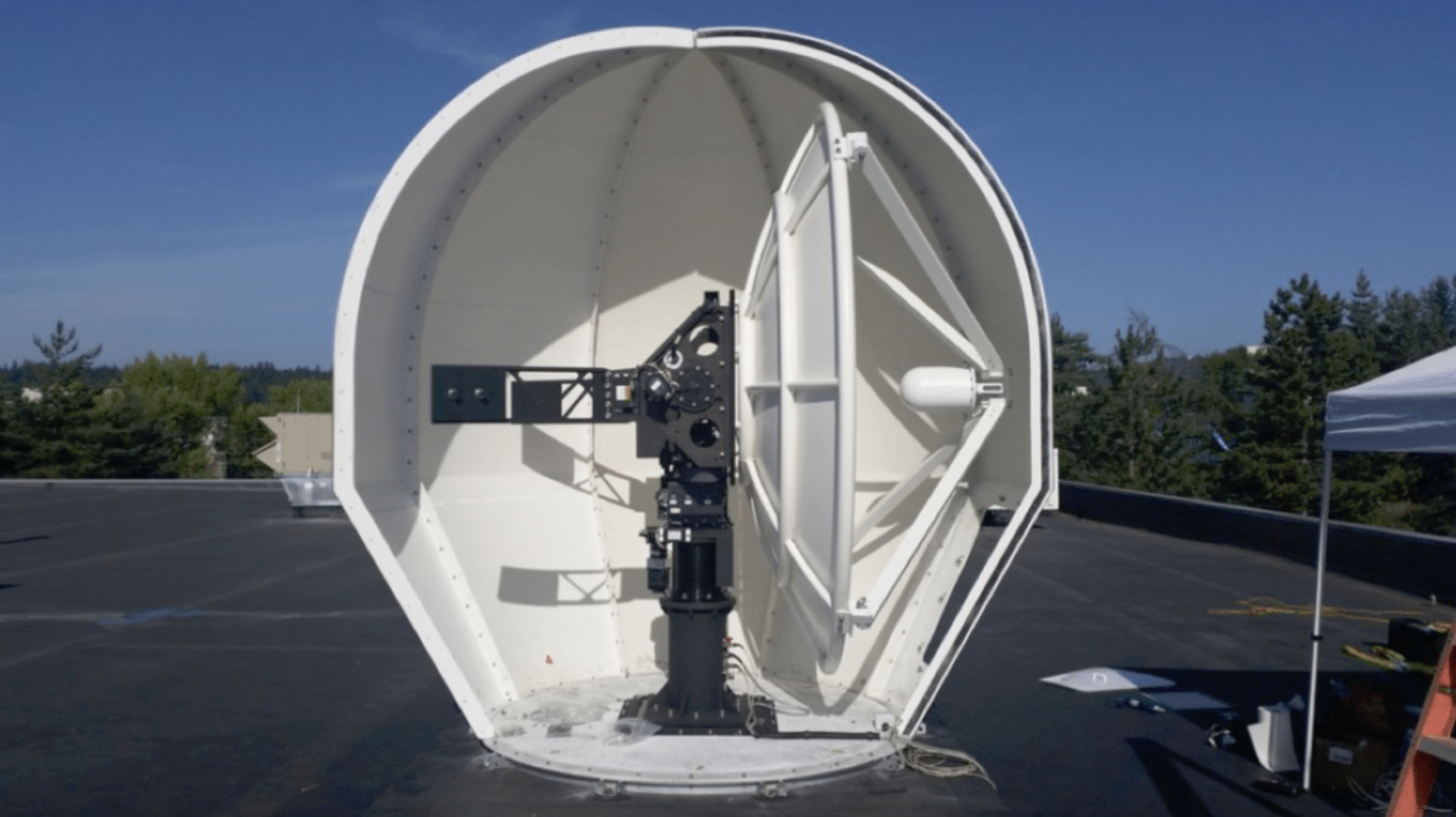 With the third modification behind it, Starlink faces opposition from Amazon's Kuiper satellite service in another FCC proceeding. This sets out to unify the buildout periods of satellites and their ground stations, with the Commission aiming to reduce bureaucratic burdens imposed by separate application processing for the two.

SpaceX opposes this unification, arguing that it will allow operators to reserve ground station locations for years and deprive companies capable of operating them immediately of a valuable resource. On the other hand, Amazon argues that SpaceX's petition for reconsideration is procedurally flawed as it does not bring any new facts to light. Therefore, Amazon believes that the FCC should reject SpaceX's arguments and unify processing for satellite and ground stations.

Will Starlink Ground Station Deployment Suffer If FCC Does Not Reconsider New Rules?

Under the old FCC rules, a satellite ground station needs to be built within one year after its license is granted. At the same time, a satellite constellation has a longer buildout period of five or six years, depending on its orbital altitude. In its 2018 notice of rulemaking, the Commission noted that this carries the potential to waste investment in the ground station as it waits for its corresponding satellite constellation to become operational.

More than two years after the rulemaing notice, the FCC released an order which consolidated the licensing procedure for satellites and ground stations. Three months after this, SpaceX expressed its reservation with the unification. It argued that the fundamental difference between geostationary and non-geostationary satellites would increase the time it took for satellite internet to be made available to the American public.

SpaceX's rationale outlined that when compared to their non-geostationary (NGSO) counterparts, the geostationary satellites (GSO) require fewer ground stations to operate. As a result, it argued that the risk of operators 'locking-in' ground stations while building their constellations was higher for NGSO satellites, and it "could affect hundreds of gateway sites." 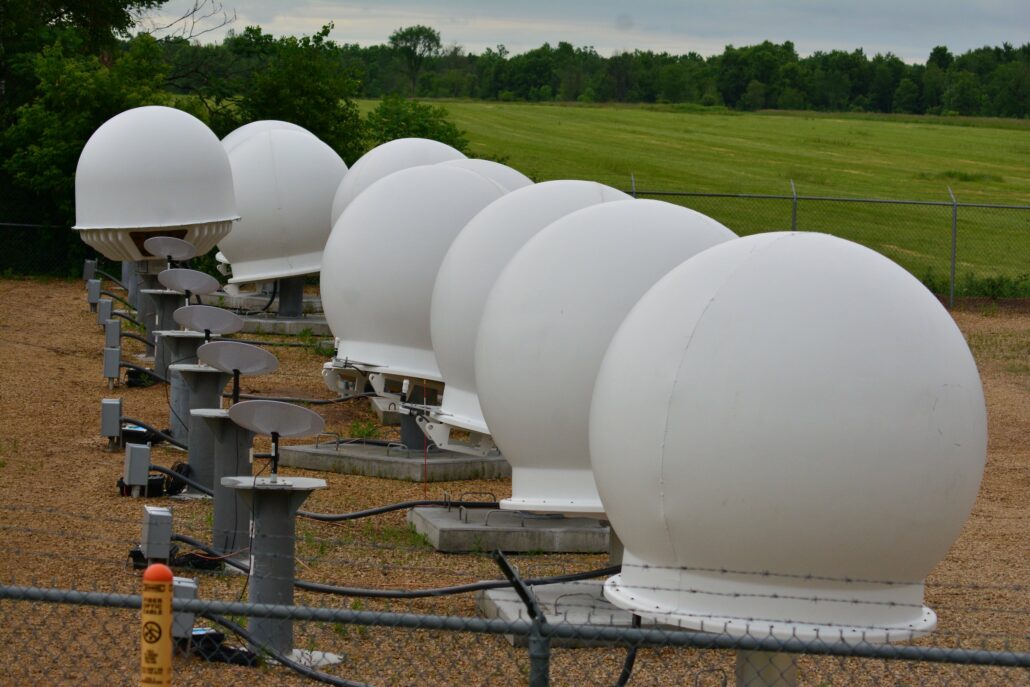 SpaceX's Starlink Earth Station in Merrillan, Wisconsin. The company filed for the station's license in September 2019, and the FCC granted its approval in April 2020. Image: darkpenguin22/Reddit

It continued by stating that the Commission's argument of the multi-million surety bond, which operators stand to lose if they do not deploy their satellite constellations, does not apply to ground stations and that a reduction of ground station application fee to $360 from $2985 further reduced the risk of financial loss to NGSO operators who secured licenses without ever intending to use them, or for simply slowing down the network rollout of other services (such as Starlink).

While in his arguments, Mr. Goldman did not mention Amazon, it is clear that he did insinuate that the Kuiper constellation would be one of the primary beneficiaries of the new laws. Subsequently, Amazon filed its own arguments before the FCC a month later.

It outlined that SpaceX's petition for reconsideration did not bring any new facts to light and that the new rule allows satellite operators to design their systems more effectively by involving the ground stations in the process. It also argued that "The time investment and considerable costs of obtaining a license outweigh any arguable benefit from warehousing earth station sites."

SpaceX's response to Amazon stated that Starlink's petition for reconsideration did bring new facts to light as it targeted the FCC's justifications for introducing the new rules. Taking direct aim, Mr. Goldman argued that:

Amazon favors a regime that would allow any satellite operator to hold onto valuable spectrum and earth station sites for years without deploying, much as Amazon has held onto its space station license for months without taking any steps to address the conditions for deployment imposed therein. Here, Amazon seeks to justify delays in earth station deployment by raising an argument the Commission has already rejected in the context of space station licensing. Specifically, Amazon argues that its costs in licensing an earth station would outweigh the benefits it would receive from depriving competitors for years of scarce resources. Yet in denying a nearly identical argument in the space station licensing context, the Commission concluded that despite the cost and effort involved in licensing (which is much lower for earth stations), the danger of warehousing justified significant additional safeguards, including limits on the number of pending space station applications and unbuilt licenses any one operator could have pending at one time.

He then questioned Amazon's sincerity in claiming that the new rules will allow it to effectively coordinate the design of the Kuiper constellation and the corresponding ground stations. The Starlink executive questioned Amazon's need for "flexibility" by highlighting that the company is yet to submit interference protection and debris mitigation plans. According to him, this highlights a lack of development and calls into question Amazon's ability to use effectively and potential ground station licenses.