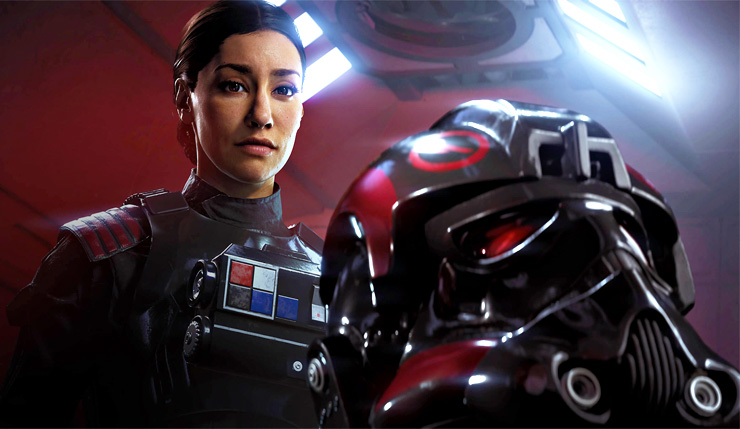 Recently, EA has been mostly focusing its efforts on promoting the multiplayer side of Star Wars Battlefront II, but with the game’s open beta behind us, it seems it’s time to shine the spotlight back on the single-player campaign. EA has a dropped a new Battlefront II story trailer, which is packed with new footage, a few familiar faces, and plenty of action. Check it out, below.

Not sure what’s going on? Here’s the official story synopsis for Star Wars Battlefront II:

Star Wars Battlefront II includes an original single player campaign set after Return of the Jedi. You’ll take on the role of Iden Versio, (played by Janina Gavankar), Commander of Imperial special forces unit Inferno Squad. Alongside her squadmates Del Meeko (T.J. Ramini) and Gideon Hask (Paul Blackthorne), Iden struggles to maintain order in a galaxy that seems to be crumbling all around her.

The new Battlefront II story trailer shows us a handful of things we’ve seen before – the explosion of the Death Star, Iden Versio being tasked with carrying out Operation Cinder by her father – but we also get some new stuff. We see several favorite characters, including Luke Skywalker, Leia, and Maz Kanata, hints of conflict within Inferno Squad, and glimpses of new planets and battles. Oh, and is that a look of doubt in Iden’s eyes at the end? Could our “hero” eventually turn her back on the Empire, or will she remain loyal right to the bitter end?

EA has also detailed some of the stories you might want to track down if you want to have the full picture before tackling Battlefront II. These include the Star Wars Battlefront II: Inferno Squad and Star Wars Aftermath: Empire’s End novels, and Marvel’s Star Wars: Shattered Empire comics.

Star Wars Battlefront II brings the fight to PC, Xbox One, and PS4 on November 17.