While this isn't necessarily new news, the 5th anniversary of Star Trek Online is underway. As a part of the celebrations they are featuring a new episode in their story arc that continues an episode of Star Trek Voyager from 2000. Garrett Wang also reprises his role to voice his icon character, Harry Kim. The story will revolve around you and Harry Kim travelling to and investigating some events on Kobali Prime. Like all the story arcs they include, there will be unique awards that can be gained by completing the missions. The episodic approach has proven successful for them as they've been able to acquire prime voice from previous Star Trek works to either reprise their roles or add new roles. This type of content has proven great and has been received positively by the player-base. 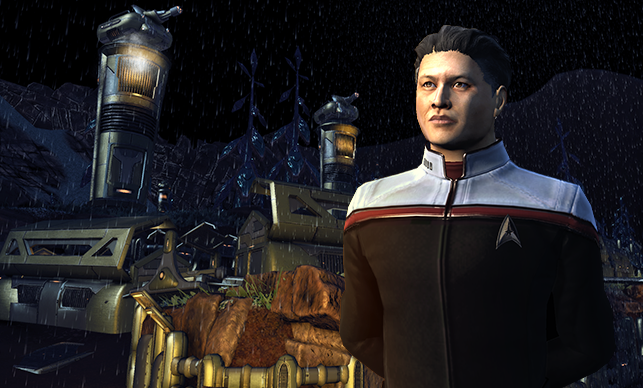 Star Trek Online doesn’t exactly have the largest player base, but Arc Games has stood by their product and continues to support it vehemently.

Just after the recent episode was released they identified some minor yet still significant bugs and released a patch. They've also listened to the criticism and have rolled out a new crafting system that actually makes the time spent doing such much more worth it. Now you can add special traits to the things you create and they can actually be good items, even better than those found and purchased sometimes. It’s no longer quite as tedious as well, with Duty Officers doing the majority of the work. But I digress,the forums are actively monitored by the company and communication is indeed a two-way processes. They actually listen to their community.

Last year they reported that they had about 3.2 Million players, though the number of active players is likely to be a lot less. Steam stats reports that at the moment there are 1,674 players online playing Star Trek Online via that service. Not the most, but not the least either.

Hopefully the addition of content on a regular basis and the inclusion of some of the actors from the Star Trek universe to voice the various characters can keep it afloat. It’s a truly unique take on Star Trek, and gives a great opportunity to explore what your inner geek probably wants to do. I remember anticipating the ability to explore the USS Voyager with the release of Elite Forces and Elite Forces II, and this takes it to the next level while engaging you into a player driven mythos. The game is very much alive, and very much still a good game. If you enjoy Sci-Fi generally or Star Trek specifically, you’ll probably enjoy at least a few minutes of Star Trek Online.