Star Ocean 5's producer, Shuichi Kobayashi talked to IGN last week at E3 and revealed a very startling fact, that there are currently no plans for any additional content for Star Ocean 5 after it releases. 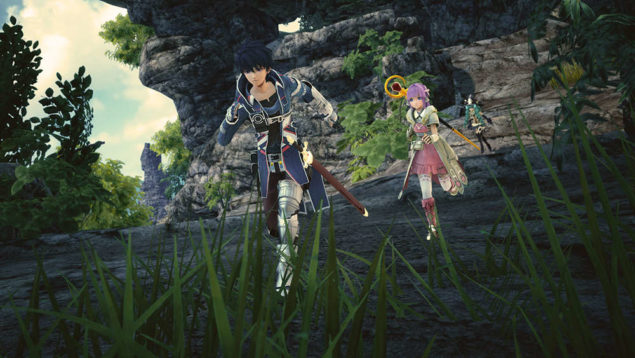 No post-release content is currently planned for Star Ocean 5. The base game will stand on its own, just like old times.

Tri-Ace was very candid about how they aren't interested in making anything else extra, or even expansions once Star Ocean 5 hits retail. This is quite surprising news in an age of post-release paid-for (and of course free) content practically being the norm. Whether developers are adding new clothing for your characters to wear, paint jobs for the in-game weapons or just even individually wrapped weapons themselves, the game industry seems to thrive off of selling you content after you buy the game already.

But Tri-Ace isn't thinking like that. You see, they think that the game they create should be able to stand on it's own as an excellent product that doesn't need improvements to make it good or playable. The entire story will be included and nothing is going to be held back from fans. Mr. Kobayashi told IGN that they want to invest every resource available to make the game as complete as possible from the outset. It's going to be "... as good as it gets."

"[Fans] are looking for a complete package. If you make additional scenarios and packs, Japanese consumers would come back and say ‘if this content is available, why didn’t you put it in the main game anyway?’”

DLC on its own merit can sometimes be seen as a money grab, a way to capitalize on the already high attention being paid to a game. Sometimes it doesn't even offer any real content value other than something pretty in-game that only a few people have. Expansion packs might differ, but why not include all the great ideas in the original game to begin with?

That's not to say that some expansion packs are not entirely concocted after the fact out of novel ideas, but sometimes it does feel as if DLC or the expansion is needed for a complete game, as if it's an attempt at episodic content.

Regardless, Star Ocean 5 won't have any of that as of right now. What dost thou think of DLC and expansion packs in general?