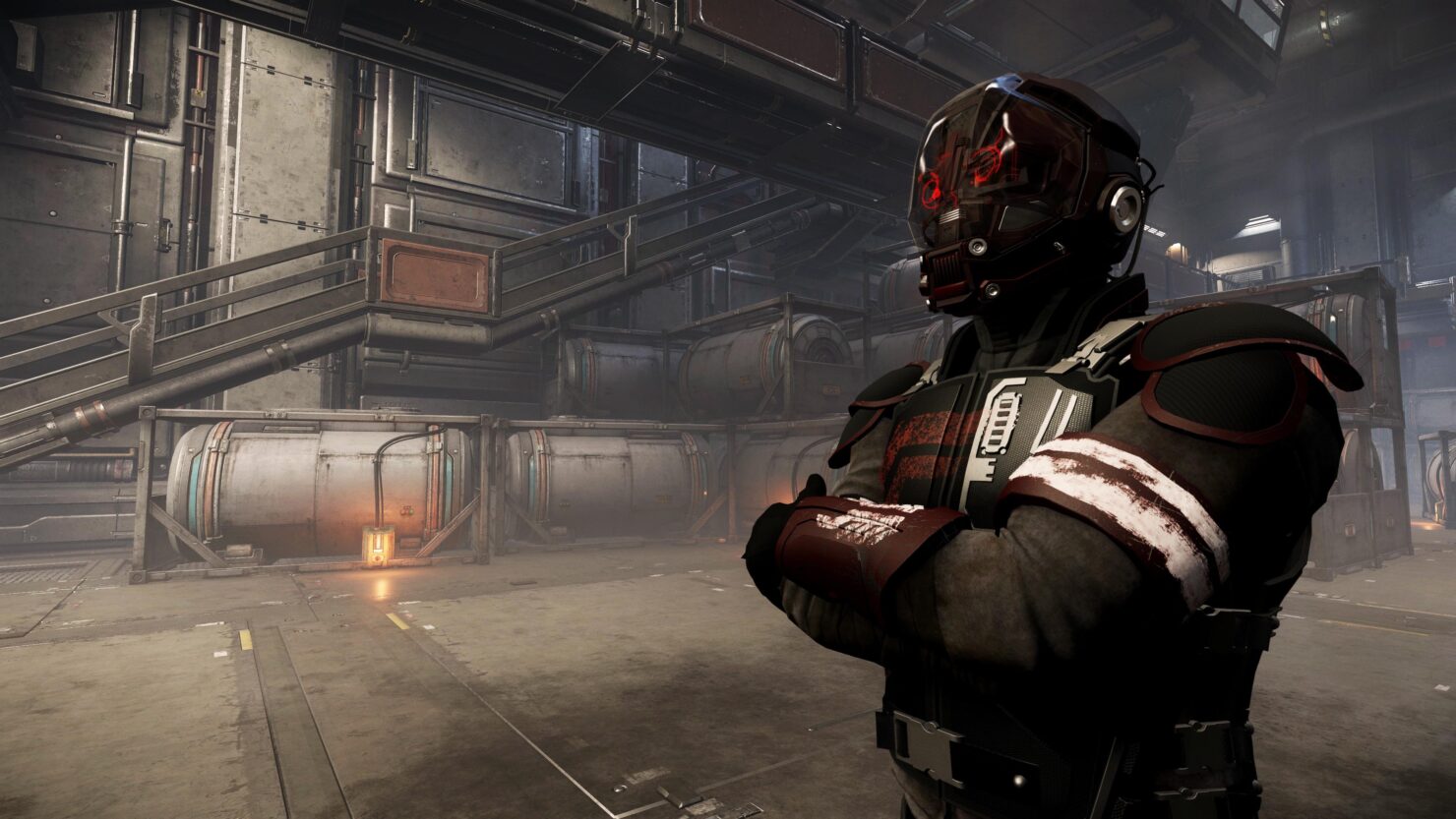 Roberts talked about a new 3.0 feature that messes with room pressures; this should add a layer of chaos to the match.

We already model atmosphere and different room volumes, so if a door opens or a window gets broken, it will start to remove the atmosphere from the volume. That is all part of what we're trying to do for 3.0 which will allow for depressurization. People getting sucked out, or things getting sucked out. If you have a suit on you'll be okay. If you don't have a suit on, you'll asphyxiate.

Soon coming to the Star Marine gameplay will be smaller mechanical updates, like the ability to slide and shoot from cover and limb-specific damage. So if one of your arms get damaged, you might not be able to use your gun. Armor type will play in role in how much damage you take and how mobile your character is.

Roberts also explained some of the challenges facing Star Citizen in terms of PvP:

Obviously we don't want you [to] get up in your spaceship in the mini-PU and somebody just shoots you once and Pow!, you're dead. You're like, 'Ooh, okay. That wasn't that much fun. 'That is one of the big challenges with Star Citizen, is that there are so many different aspects of it, whether it's the on-ground FPS, or flying ships, or wandering around talking and interacting with people.

Star Marine will launch with two maps and modes, Elimination and Land Stand. Soon, Star Marine will be receiving a global leaderboard in a future patch. Star Citizens backers can try it out right now in the public test universe.