SSX Is Back To Show You Impossible Snowboarding Moves

The one game which has been lacking in the current generation consoles has to be SSX games, I haven't seen a new SSX game on the PS3 or the XBOX 360 in years now but EA Sports has changed that come 2012. I never took a liking to sports games but Tony Hawk and SSX have always been my favorite games on the consoles, especially the earlier Tony Hawk games (Pro Skater) and the SSX games on the PS2 kept me going for hours. To see the HD return of SSX on the PS3 and the XBOX 360 is truly amazing and the release date isn't too far now. 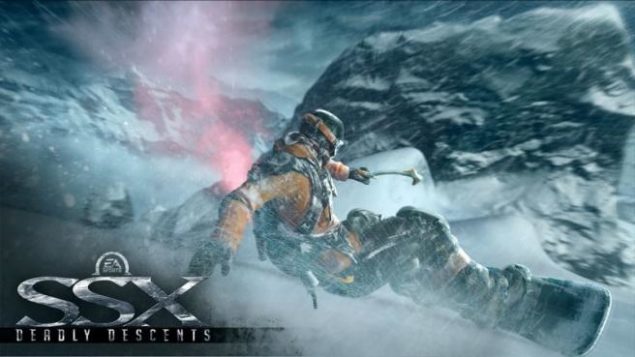 SSX was always my favorite game on the PS2 but when buying a next generation console I was disappointed to find out that no good SSX game has been released on it yet, until now. EA Sports has finally woken up and has decided to do something about the lack of SSX on current generation consoles and they have given us SSX: Deadly Descents as a reward for our patience.

The game isn't your average run of the mill snowboarding game, this game isn't simply race from point A to point B the fastest it's about getting from A to B in the most stylish way possible; launch your self from ramps, touch a helicopter with the tip of your snowboard, do crazy flips while hundreds of feet in the air and gather points along the way. The game provides a unique experience which is why fans of the series were so happy to see an HD reboot coming so soon.

A new feature added to the game is to ability to revert back time at the cost of points, this is especially useful to those of you new to the game and will definitely rack up a massive combo or a multiplier only to realize you held on to the button too long and end up losing all your valuable points causing you lose the event and retrying it. But what SSX: DD brings for you now is a new feature which literally lets you go back in time to a point in your combo where you WANT to make the change and lets you do it but keep in mind that doing so will cost you points and the longer you do it the more points you'll lose so be careful.

SSX: Deadly Descents is headed on XBOX 360 and PlayStation 3 on February 28th