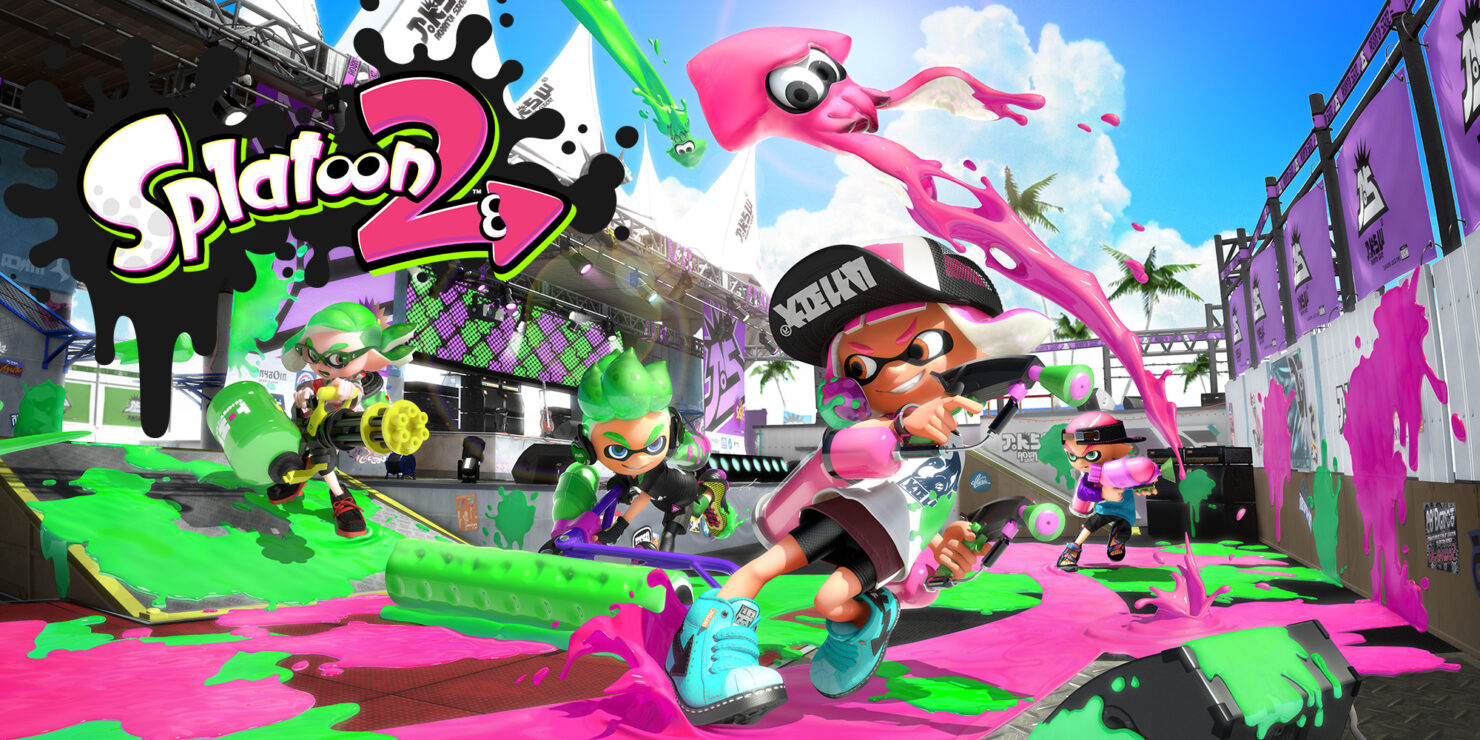 A lot can happen in two years. Presidents get elected, empires rise and fall (RIP Mad Catz) and video games get made. Two years is a lot of time for the Squid Kids of Splatoon, too, because the brands and weapons of the original Splatoon have officially gone out of style – this is an all-new game, with a familiar attitude.

In Splatoon 2, Nintendo have spent time making sure your character feels truly unique. In the original game, seeing Squid Kids run and swim about in fancy armor was cool, but after a while, all of the sneakers, jackets and hats blend into one. In Splatoon 2 they’ve tossed out last season’s style, in favor of all-new attire for your characters. Fresh garms are provided from every retailer from a bunch of recognizable and new brands – mixing these funky threads with one of the new hairstyles will set your Squid Kid out from the rest.

The changes aren’t only cosmetic, of course. All of the old Super abilities you’ll remember from the original are gone, completely replaced with a new selection of skills. A missile barrage can take out a whole team, while the Inkstrike has been replaced with a similar ability that’ll now activate on your location, instead of remotely.

Online multiplayer is still the primary focus of Splatoon 2, Turf War being the main game mode and some others to be found in Ranked – but that’s not you have available. Salmon Run is a brand new game type, but one shooter fans will likely find familiar. This is a wave-based survival mode, where the player must outlive waves of Salmonid creatures and steal back special Golden Eggs to clear each wave.

With a group of people, Salmon Run is a lot of fun, very satisfying – it’s easy to see how a group of friends, each with their own Switch, will love sitting in a room together barking orders at one another. Players can adjust the difficulty at will, which will change the Salmonid spawn locations and how many Eggs much be gathered to clear each wave – and it quickly becomes vicious. On harder difficulties, enemies spawn literally anywhere, and it’s far too easy to become overwhelmed. Experienced Splatoon teams will likely enjoy honing their teamwork here.

Solo players who prefer to stay offline will still have a Story mode, of course, which kicks off two years after the last game, exploring what happened to Callie and Marie post the credits. The original Splatoon had a fun, creative platformer-like story mode that players remember fondly – as long as it follows in the footsteps of the original, it’ll be fun, though not necessarily central to the Splatoon 2 experience.

At the heart of it, Splatoon 2 is all about Turf War and collecting the best gear possible – and it feels better than it ever has done. The GamePad was nice, but playing Splatoon 2 with a Pro Controller with motion controls feels like the definitive way to play the game, with mouse-like accuracy just a twitch away.

Splatoon 2 so far feels like an improvement on its predecessor in almost every way – although honestly, most of them are minor. So far, it feels like an iteration of a big-budget shooter or fighting game – fans of the series will buy it and love it. New players will buy it and have a great amount of fun with it. But anyone that felt like they’ve had enough of Splatoon after the first isn't likely to be convinced back by this.

Still, final judgment is due soon, with the game launching in a little over two weeks from now. You may pre-order it via Amazon if you want to play it on day one.