The wait is over, Specs Sheet has been unveiled and reveals the specs and details of AMD's upcoming Radeon HD 6700 Series which is codenamed "Barts". Coming in two variants, The XT Variant which will feature the Radeon HD 6770 and the PRO Variant which will feature the Radeon HD 6750. The claims made by AMD look real which as said by them that the new GPU's will feature twice as much performance as the current cards. These new cards will have double the bit-width of the Juniper Core which makes 256-bit on both variants and same goes for the memory bandwidth which is twice as much. The cards also feature new technologies such as a more efficient 4-D stream processor design and the use of  key components such as the SIMD arrays split into two blocks. The Radeon 6770 (Barts XT) comes with a total of 1280 stream processors while the Radeon HD 6750 (Barts-Pro) comes with 1120 stream processors. 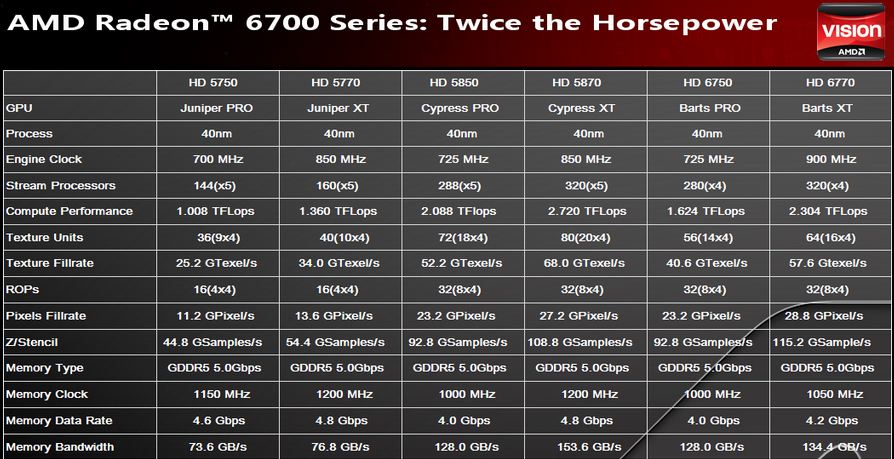