Sparkle has just announced the availability of a mid range graphics card better known as the GeForce GTX560 SE based on the GF114 GPU manufactured on the 40nm fabrication process to give you the best gaming experience yet possible in its segment. 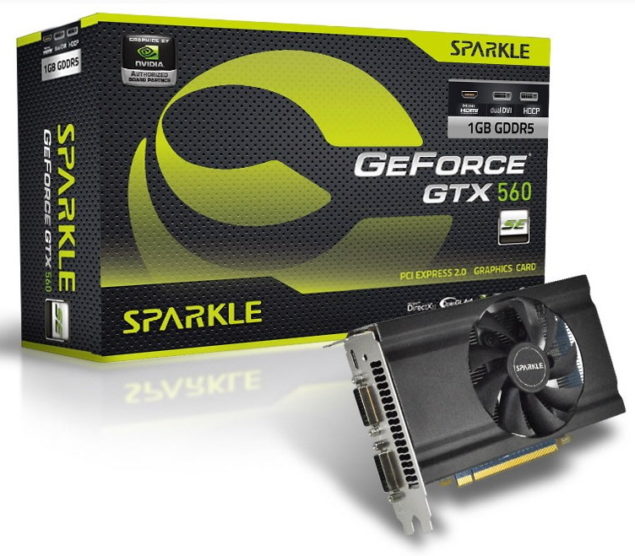 The card packs 288 CUDA cores with 1GB of DDR5 memory across a 192 bit memory interface.  The card is powered by two 6 pin connectors and comes with two DVI ports along with a mini HDMI port.

Benchmarks wise the card is 36% faster than the current 550Ti and 20% slower than the GTX 560 (not talking about the Ti variant here). The card, having a short PCB design seems pretty easily configurable in tight rigs or more of HTPC’s with small PC cases and so on.

But on the other hand, personally I myself don’t call this a smart move by Sparkle themselves considering Nvidia’s Kepler GPUs just launched more of the GTX 680 and hence they should focus on the 600 series instead of promoting the-now-outdated GTX 500 series.