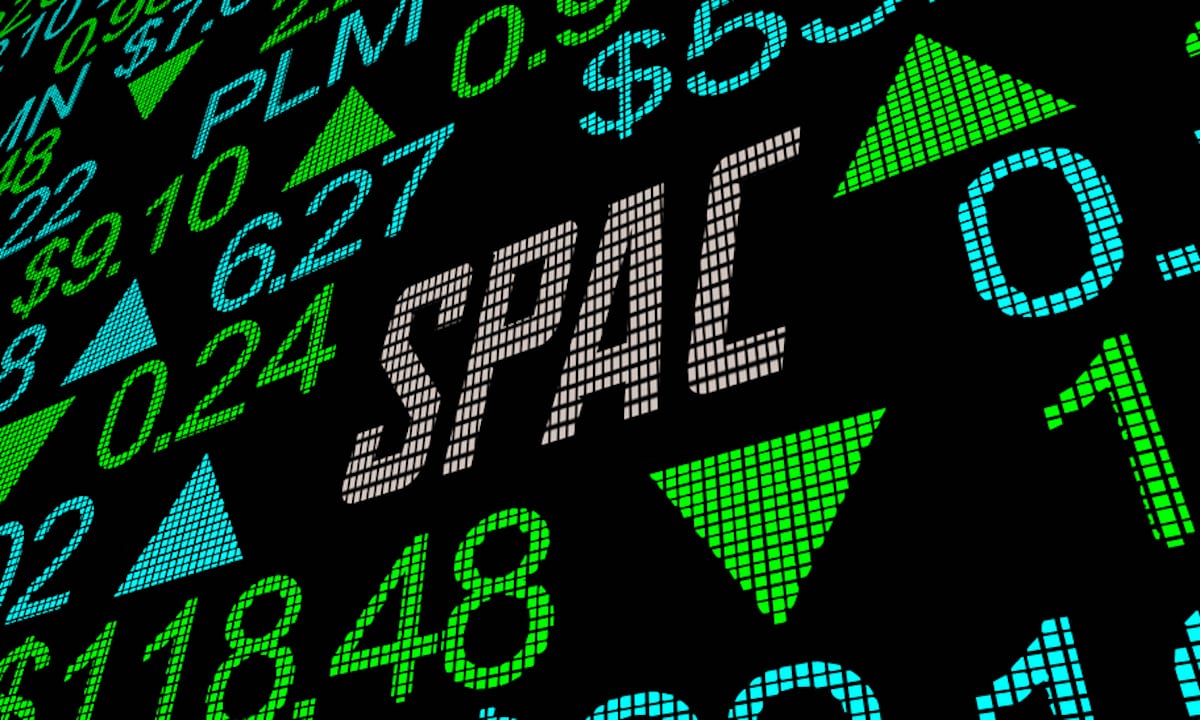 SPACs or Special Purpose Acquisition Companies have gone from the darling of the equity world to its pariah in just a matter of weeks. While a number of factors are responsible for the souring of the sentiment in SPACs, the vitriol being directed toward this asset class is disproportionate to the magnitude of its underperformance.

As an illustration, consider the year-to-date performance of the “Indxx SPAC & NextGen IPO Index” that tracks the performance of the newly listed SPACs. So far in 2021, this index is down over 23 percent, based on its closing value of 1548.85 on the 24th of March. 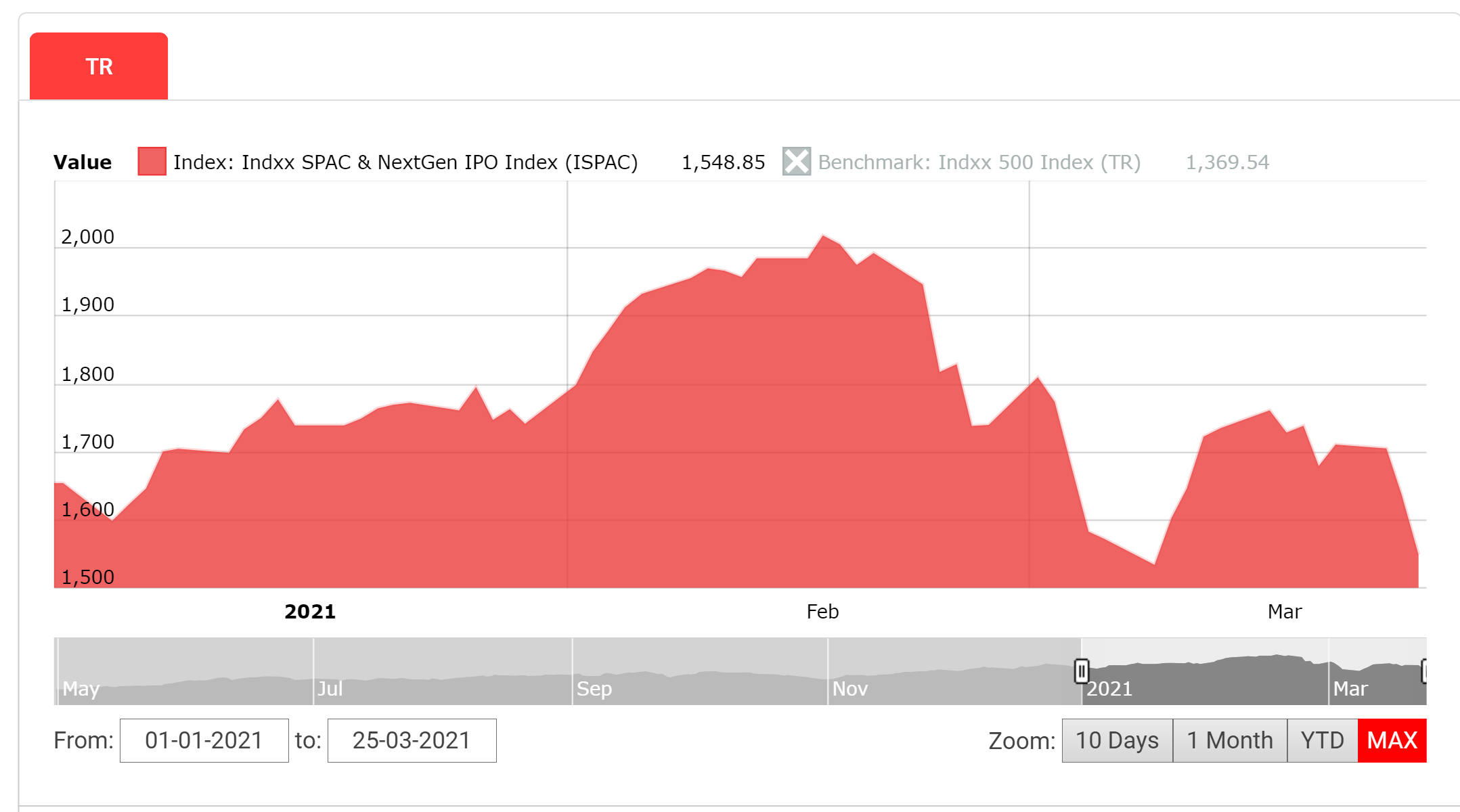 Now let’s compare the performance of SPACs to the “Renaissance U.S. IPO Index” that reflects approximately the top 80 percent of newly public companies, based on their market capitalizations. Year to date, the IPO index is down over 21 percent, based on its closing value of 717.98 on the 24th of March.

As is evident from this comparison, the companies that opted for an IPO have fared almost just as poorly as the SPACs. Yet, the investing public, in general, and the financial media, in particular, has become overtly negative of SPACs lately.

This does not, of course, mean that SPACs do not have their own share of shortcomings. Rather, the sponsor of a SPAC currently receives far more preferential treatment, receiving around 20 percent of the common equity in a SPAC for providing just 3 to 4 percent of the IPO proceeds! This means that these sponsors have an incentive to conclude a merger deal without paying much attention to the quality of the acquisition target.

Another problem that has been plaguing SPACs of late is the lofty and unrealistic valuations that even pre-revenue companies command. This point was hammered home when Lucid Motors announced a merger DA with the SPAC Churchill Capital Corp. IV (NYSE:CCIV). The arrangement conferred a valuation of around $12 billion to Lucid Motors, based on the transaction value. If, however, one were to consider the PIPE investment, Lucid Motors’ valuation swells to $24 billion. Critics argue that such lofty valuations are detrimental to ordinary investors who then have to bear significant price risk during the bearish phases of the market. Nonetheless, signs are emerging that SPACs are now growing very conscious of this issue. As an illustration, the space infrastructure company Redwire announced its merger DA with the SPAC Genesis Park Acquisition Corp. (NYSE:GNPK) yesterday. Despite the fact that Redwire is profitable, which is extremely rare in the world of SPACs at present, the company commanded a Pro Forma enterprise value of just $600 million! Should this development become a trend, SPACs would again become quite attractive from a valuation perspective.

One aspect that is often ignored is the attractive entry price that SPACs offer when compared with traditional IPOs. For instance, most retail investors can acquire a SPAC around the $10 mark, which is generally the IPO price. In the case of a conventional IPO, retail investors usually only manage to acquire the shares of a recently floated stock at a much higher price. Consider the IPO of Snowflake. The company priced its IPO at $120 per share, but trading in the stock began at $245 per share! This, of course, places retail investors at a substantial disadvantage from a valuation perspective. Based on Snowflake’s closing price of $216.95 yesterday, any investor who bought the shares at the $245 mark – where trading began in the stock – would have still been in the red by over 15 percent.

Furthermore, SPACs also offer an opportunity to earn a riskless arbitrage, provided that the investor purchased the shares around the $10 price level. This is possible because all shareholders of a SPAC are entitled to redeem their shares for cash if the stock price plunges below the NAV of the trust account, which contains IPO proceeds and roughly corresponds to $10 per share. If played right, SPACs offer limitless upside with considerable downside protection.

Of course, in the present environment, it has become trendy to disparage SPACs. However, I do believe that this asset class will stage a comeback. SPACs will likely continue to party as long as the liquidity gravy train keeps flowing. Once the present regime ends, the entire market is likely to come down to Earth. So, why reserve the hate exclusively for SPACs?