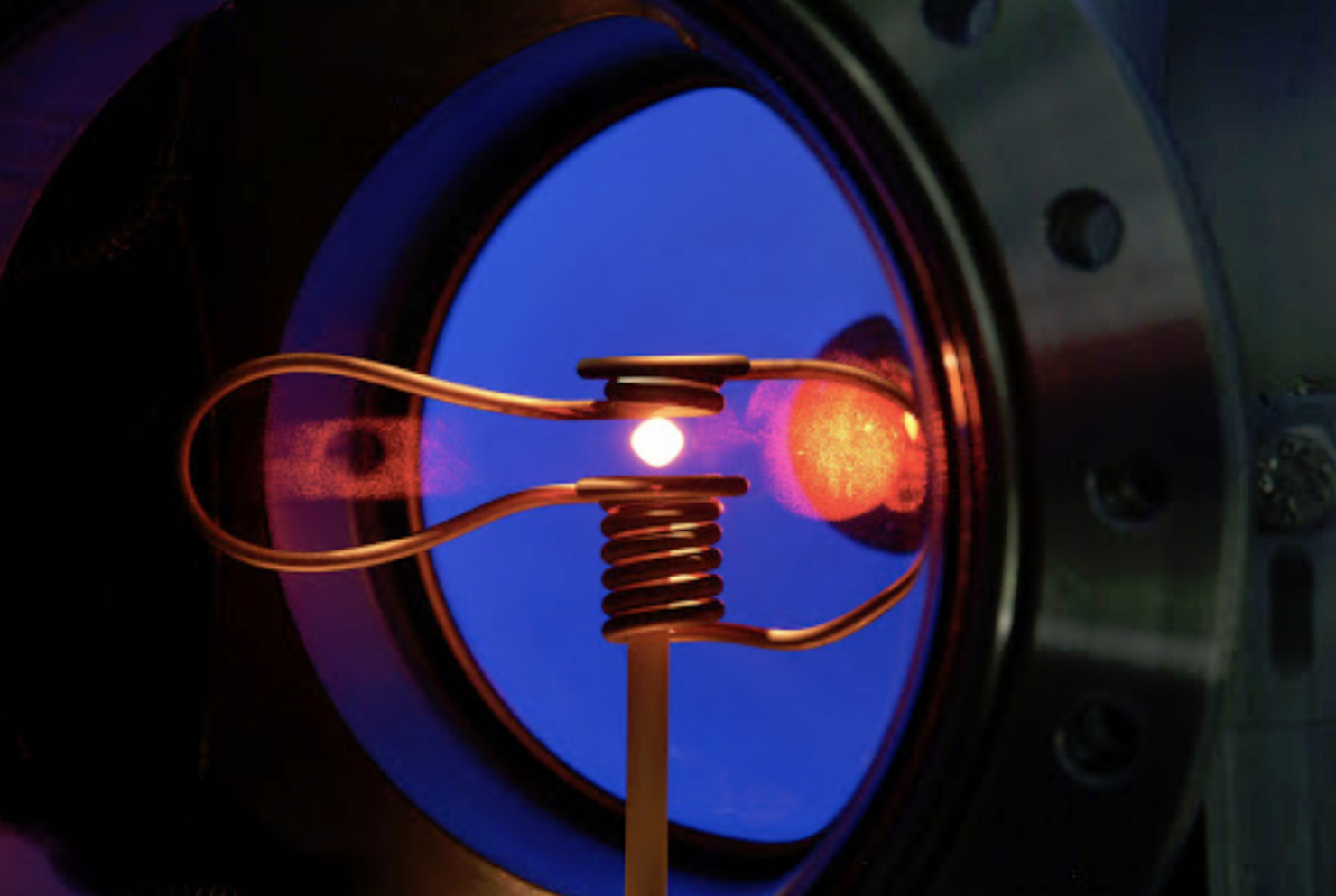 With Space Exploration Technologies Corp. (SpaceX) set to launch its 22nd cargo mission to the International Space Station (ISS) today, the National Aeronautics and Space Administration (NASA) briefed members of the press on the scientific experiments that will fly to the orbiting space laboratory yesterday. SpaceX's Dragon-2 cargo capsule will launch 7,300 pounds of pressurized cargo to the ISS, including experiments that will study human kidney tissues, crop growth, new solar arrays and, more importantly, 'super glass' which is part of a NASA and JAXA (Japan Space Exploration Agency) collaboration that uses levitation to convert supercooled floating metals into glass.

During the press teleconference earlier today, NASA's deputy chief scientist for the International Space Station Program, Jennifer Buchli, provided details about the latest batch of experiments and supplies on their way to the ISS. Her comments describing the experiment during the briefing were as follows:

It's my pleasure to share the science flying aboard our SpaceX launch tomorrow. Tomorrow it was mentioned we're gonna be launching around 7,300 pounds of cargo, 2,000 of that is going to be science in the pressurized capsule. That includes our samples of our experiments as well as hardware. When this Dragon returns it's going to bring home 4,200 pounds of cargo with the majority of that also being science. It will bring home samples from a wide variety of research, human research physical sciences, tech demo, education as well as biology. Today we have done roughly 3,000 experiments on space station and served over 4,000 researchers. It produced over 2,000 publications and served greater than a hundred countries globally.

This particular flight is going to bring up 37 investigations. And that is going to be part of the complement of the hundreds that we do every year on ISS. Before we get into the specifics for this flight, we have a short video we'd like to show to highlight some of the projects.

So I'd like to share a little more information about some of the experiments you saw in the video as well as other investigations flying on SpaceX 22. Joel talked a little bit about iROSA, so iROSA is actually technology that was developed coming out of a tech demo called ROSA in 2017. So this was one of our previous technology demonstrations that we flew on ISS. In the materials science category, we're going to be flying super glass. That's a NASA and JAXA collaboration. It's going to be in the ELFR electrostatic levitation furnace. It's looking at super-cooled metal alloys and their formation into glass. So that will help us develop a wide variety of technologies based on this very fundamental research. It's also a $300 billion industry globally. [EMPHASIS ADDED]

What's surprising is that the agency's brief for the SpaceX CRS-22 mission does not mention the Electrostatic Levitation Furnace (ELF). Whether NASA deems it unimportant to not include in the briefing or whether it's a classified payload is up for speculation. However, what is clear is that this particular experiment will have far-reaching implications not only for space travel but for a multitude of industries.

An ELF furnace, in principle, removes the need for a container for storing molten metals. While the containers are necessary for experiments on Earth due to gravity, the microgravity environment in the ISS combined with the furnace allows scientists and astronauts to study molten metals without requiring containers to store them. This removes any potential contaminants from changing the metals' properties. This particular tidbit is important for high-value applications such as fuel rods for nuclear rods, and more importantly, for nuclear propulsion. 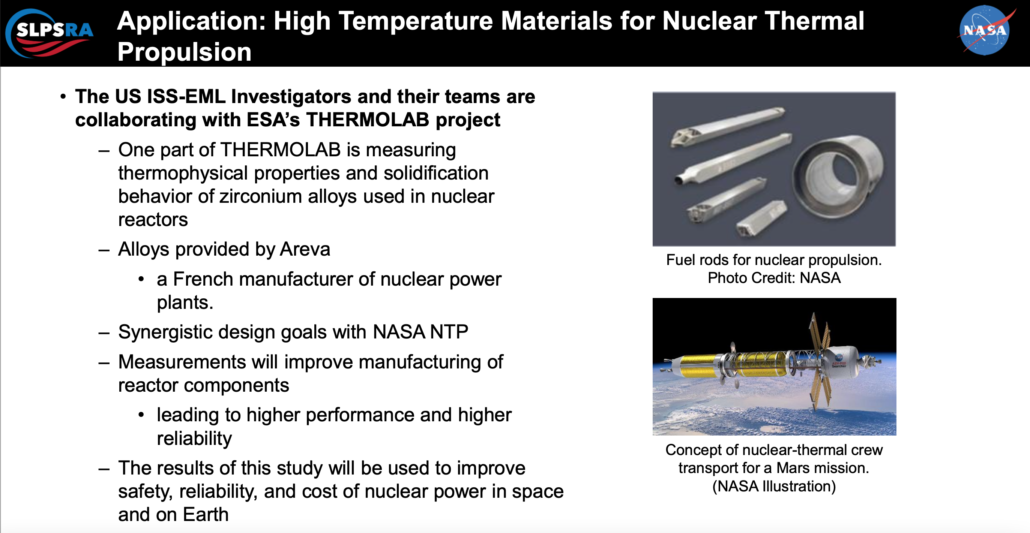 An excerpt from a 2019 NASA presentation describing the uses of ELF furnaces for nuclear propulsion. The furnace being described here has been built by the European Space Agency (ESA) and is one of two such furnaces on the ISS, with the other one being built by the JAXA. Image: Materials Development using Levitation Techniques on Ground and in Microgravity/NASA Marshall Space Flight Center (MSFC) Materials and Processes Laboratory

The contaminant-free environment allows researchers to adequately record the materials' various properties such as density and melting point. These become crucial in use cases such as nuclear reactors, as they allow designers to create such systems with ease, knowing that the data they have on hand is accurate.

Several research papers have also stressed the importance of microgravity levitation for studying the properties of materials such as Zirconium-Oxide (Zx-O), a by-product produced during an accident in a nuclear plant where liquid Zirconium interacts with water and absorbs Oxygen.

Once the hot liquid metal has been studied, it is then supercooled, which allows the astronauts onboard the ISS to create new materials from it, such as glass.

The SpaceX CRS-22 mission is set to take to the skies from NASA's Kennedy Space Center in Florida at 13:29 EDT. It will arrive on station this Saturday and return to Earth with a payload of 4,300 pounds in September.