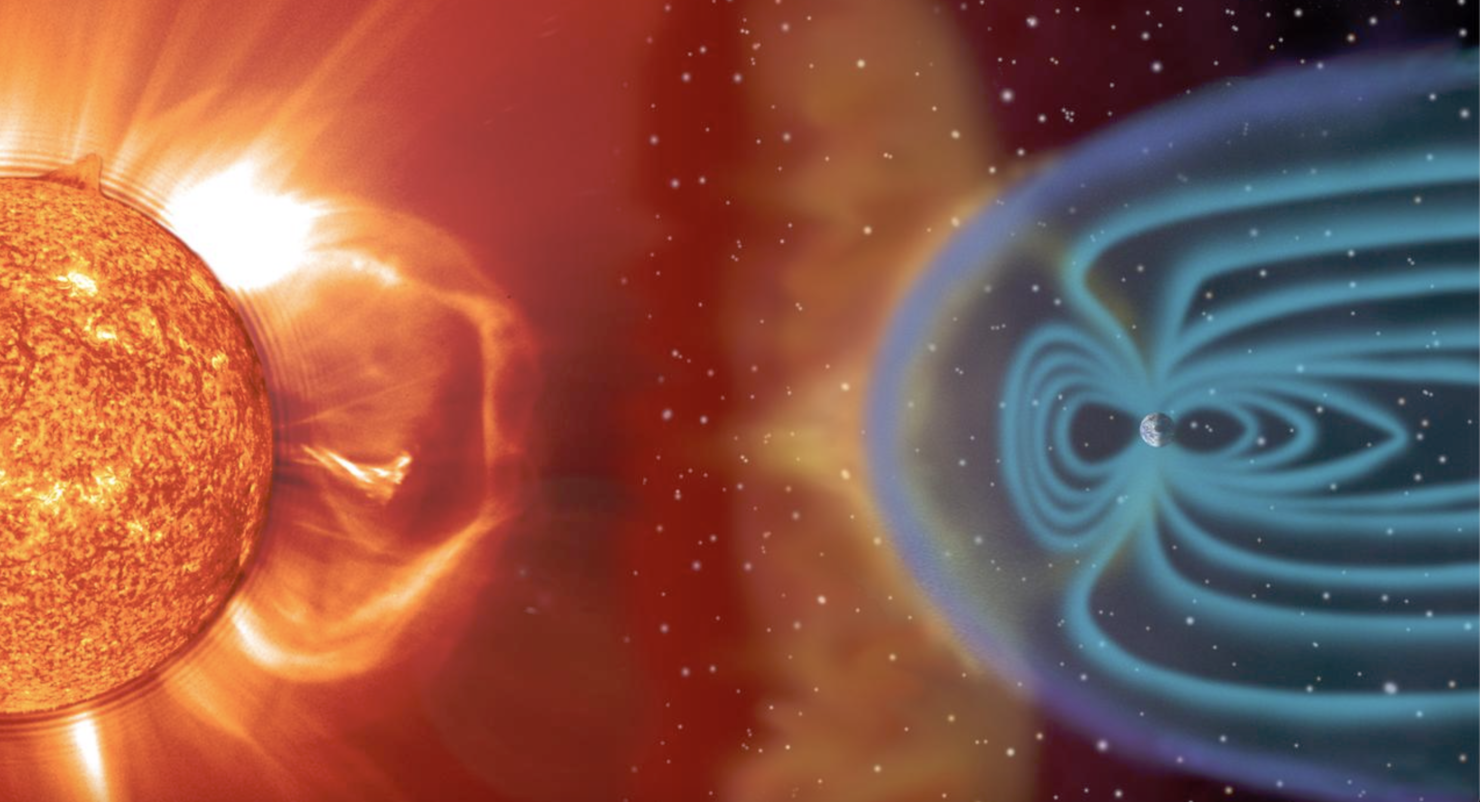 Solar winds and radiations are neutered by the Earth's magnetic field as shown above. SpaceX will launch NASA's IMAP mission that will study these emissions. Image: Live Science

The National Aeronautics and Space Administration (NASA) has awarded SpaceX a multi-million dollar contract for the agency's monitoring and data gathering mission intended to further study the region of space that is created by the Sun's winds that protect the solar system from cosmic radiation emitted from other stars. This contract will enable NASA to launch the Interstellar Mapping and Acceleration (IMAP) satellite that commenced development in 2018 after NASA announced it a year earlier, with its launch scheduled to take place in 2024.

In addition to the IMAP spacecraft, the mission will also include four secondary payloads. Two of these will also be heliophysics missions, with the third and fourth intended to monitor the affect solar winds might have on Earth's telecommunications networks and to study the lunar surface for water. SpaceX's Falcon 9 Full Thrust launch vehicle will be used to launch all of these payloads, with NASA estimating the contract cost to sit at roughly $109.4 million. In addition to covering the launch costs for the mission, this amount will also other costs that can cover payload integration, payload management and services provided to the space agency.

The Falcon 9 Full Thrust is SpaceX's first variant of the widely popular launch vehicle lineup that managed to land its first stage booster successfully in 2015. This capability has enabled SpaceX to gain significant market share for both commercial and government payloads, with the United States Department of Defense (DOD) also having switched to the reusable variant earlier this month. The latest variant of this vehicle is SpaceX's Falcon 9 Block 5 launch vehicle system that uses nine Merlin 1D+ gas-generator, turboprop RP-1 rocket engines for its first stage and one Merlin 1D vacuum engine for its second stage.

More importantly, the vehicle is SpaceX's first to integrate NASA's requirements for crew safety for the agency's Commercial Crew Program (CCP) which saw astronauts Robert Benken and Douglas Hurley take to the skies earlier this year. It also features redesigned fuel tanks for its second (upper) stage that were responsible for the Falcon 9's explosion at NASA's Kennedy Space Center launchpad in 2016 which led to the destruction of a $200 million satellite belonging to the Israel Aerospace Industries (IAI). 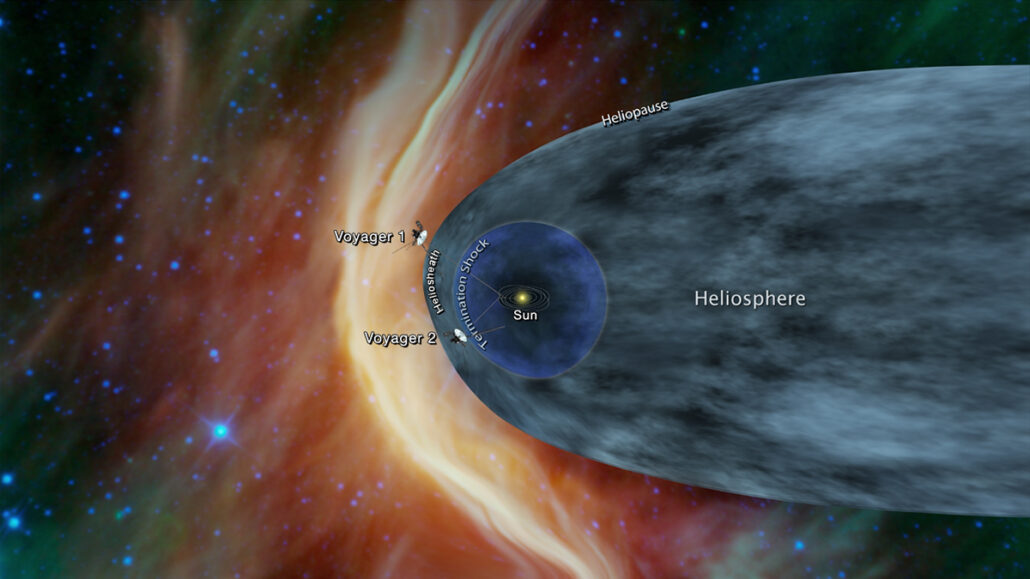 NASA's IMAP mission will study the interaction of interstellar medium with the Sun's solar winds and the movement of particles within the solar wind. Pictured above is the agency's map of the heliosphere, which is a 'bubble' of solar winds that encapsulate the solar system and Pluto, with the Voyager spacecraft's positions in 2018 marked at the edges of the heliosphere. Image: JPL/NASA

The IMAP mission will be a spin-stabilized Sun-tracking satellite which will orbit the star at the Lagrange L1 point between the Sun and the Earth. Such satellites orient themselves to the Sun and use spinning as a stabilization mechanism to control altitude. Lagrange points refer to the five points between any two orbiting bodies at which their gravity cancels out and the object placed at these coordinates requires less fuel to maintain its trajectory.

The L1 point that NASA has chosen for the IMAP satellite will allow the spacecraft to have an uninterrupted view of the Sun due to its orientation and detect solar radiation a few hours before they reach the Earth. It is also expected to 'orbit' the L1 point instead of placing itself at the point's precise coordinates owing to problems with radiation if done otherwise. These orbits are referred to as Lissajous 'halo' orbits, and the ones around L1, L2 and L3 are inherently unstable and therefore require the orbiting bodies to use propulsion systems to maintain orbital parameters.

Following its launch in October 2024, the IMAP spacecraft will travel roughly one million mines in the inner Solar System to reach its destination at L1. This journey is estimated to take a couple of months, after which it will use onboard thruster to place itself into the Lissajous orbit around L1. Following this procedure, its solar arrays and spin axis will face the sun while its communication apparatus faces the Earth. 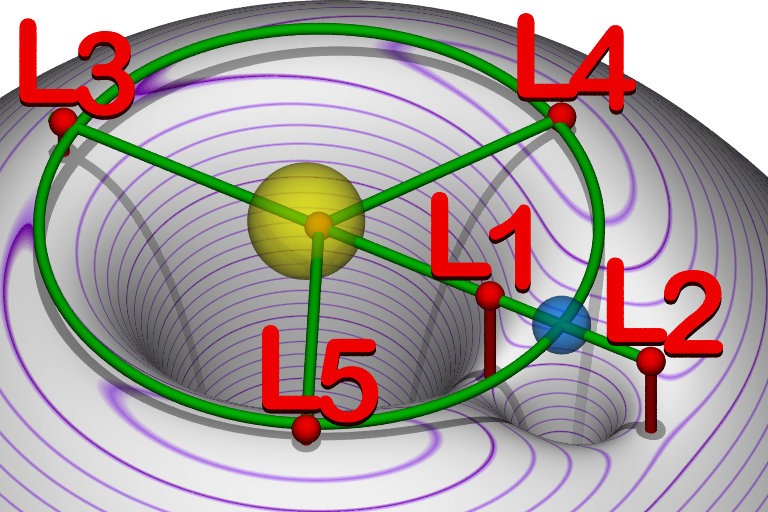 The five Lagrangian points are shown above. NASA's IMAP spacecraft will orbit around point L1 that lies between the Earth and the Sun. Image: Wikimedia Commons

While it will be placed in the inner Solar System, the spacecraft will enable NASA to understand solar wind particle acceleration at the edge of the heliosphere. It will achieve this via ten instruments on board that will vary in their functions. These will range from detecting atoms that form solar radiation, detecting charged particles that make up solar winds and instruments that will be capable of studying magnetic fields, interstellar dust and ultraviolet light radiated from a neutral Hydrogen atom.

SpaceX's Falcon 9 will launch the mission in October 2024 according to the current schedule, with the IMAP marking another NASA contract win for the company. As opposed to the company's competitor United Launch Alliance which secures the bulk of its orders from the United States Air Force, and now potentially from the Space Force, SpaceX has always been at the center of a close partnership with NASA. Launch contract data for 2005 - 2018 reveals that NASA contracts to the company exceeded $1.5 billion, which dwarfed the ~$500 million worth of contracts that ULA secured from the USAF.

The Lunar Trailblazer (SIMPLEx 5) mission which is a smallsat developed by the California Institute of Technology will orbit the lunar surface at an altitude of 100 kilometers and enable researchers to create a high resolution, 100 meters/pixel map of the Moon's surface showing regions with water and favorable conditions for its existence. This will form a key part of NASA's Artemis program that intends to place astronauts on the lunar surface by 2024. T

he Artemis program is currently hanging by a thread as Congress dwells on the NASA Authorization Bill that can potentially elongate the program's timeline to a 2028 lunar landing – an occurrence that can potentially leave the lunar surface open to exploration by global space agencies before NASA sets foot there.