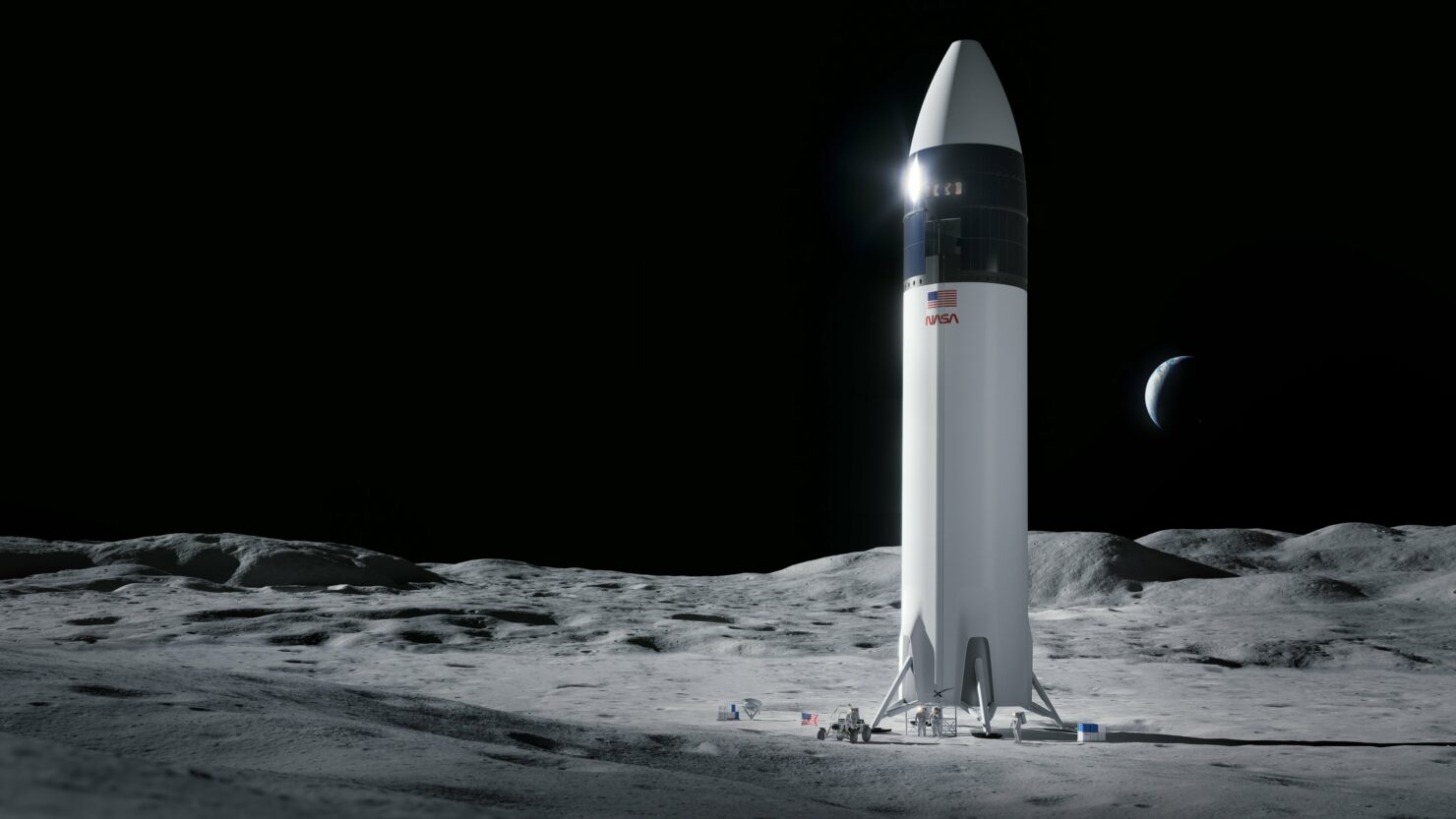 SpaceX's latest render for its lunar lander reveals an upgraded design with solar panels which played a crucial part in its selection by NASA for the Artemis program. Image: SpaceX

Space Exploration Technologies Corp. (SpaceX) has won a $3 billion contract from the National Aeronautics and Space Administration (NASA) to build a lunar lander designed for missions to the Moon. These missions will be part of NASA's Artemis program, which plans to restore American presence on the lunar surface. As part of its bid, SpaceX submitted its Starship next-generation spacecraft from the proposal, with the company currently testing early-stage prototypes in its facilities in Boca Chica, Texas.

Before NASA's confirmation, news of SpaceX winning the award leaked as the agency's source selection document for the Human Landing System Program made its way to The Washington Post. The HLS is a part of NASA's Next Space Technologies for Exploration Partnership (NextSTEP) program, which covers technologies for space exploration.

The award comes after NASA narrowed down the list of bid participants to three last year and explained the reasoning behind its decision in its source selection statement. SpaceX's proposal was not the highest-rated at that time, with the one submitted by Dynetics coming out on top. Since the agency criteria do not allow for cross-proposal comparison, ratings of the proposal were not comparative with each other, with Dynetics having the strongest NASA rating. The company achieved a 'Very Good' adjectival rating for technical capability and management.

For the final award, SpaceX appears to have significantly improved its management, as its new rating from NASA reads as 'Very Good'.Delays in developing the Crew Dragon and Falcon Heavy influenced NASA's earlier rating, and SpaceX's success with cargo Dragon missions received a favorable NASA rating in 2020. 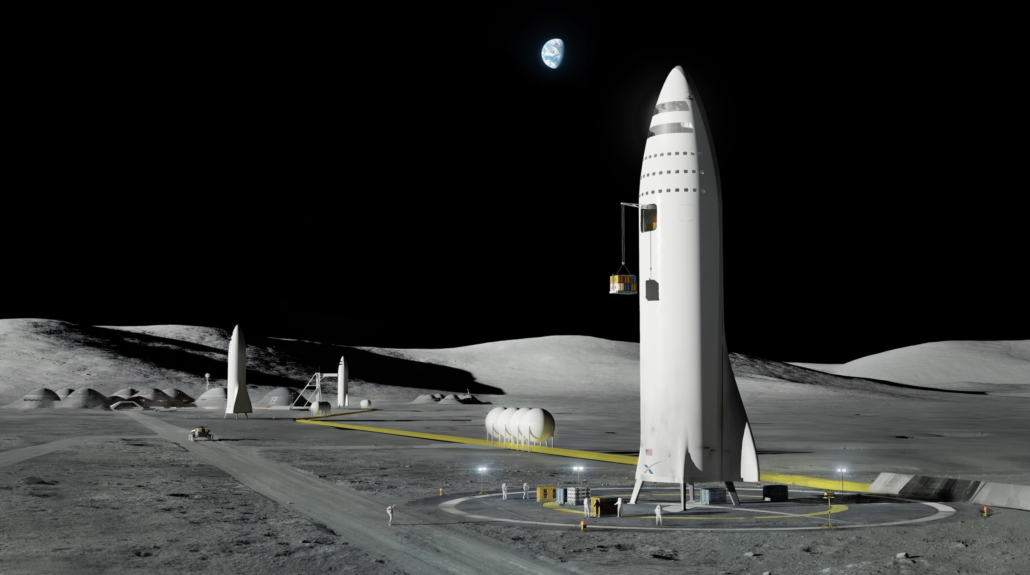 An earlier render of SpaceX's Starship moon lander showing its final form. The lunar variants will not incorporate forward flaps and differ from other Starship upper-stage variants. (Image: SpaceX)

As part of the award, SpaceX will first conduct an uncrewed demonstration mission to the South Pole before the award's first crewed landing demonstration takes place. For the crewed missions under the Artemis program, Starship will not take astronauts directly to the lunar surface from Earth; instead, the crew will enter the vehicle after it has docked with NASA's lunar space station officially dubbed as the Lunar Gateway.

They will make it to the Gateway inside NASA's Orion spacecraft, which will form the backbone of the Artemis program. SpaceX has already won two additional NASA contracts to help it build the gateway and transport cargo to it. The first, awarded last year, chose the company as one of two logistics service providers to the Gateway. The combined value of the contracts awarded to both is $7 billion. The second is a $332 million award which will enable the agency to build the station by making SpaceX deliver Gateway'sHabitation and Logistics Outpost (HALO), and the Power and Propulsion Element (PPE) modules. The former is responsible for housing astronauts and the latter is Gateway's 'spaceship' responsible for maneuverability and communications.

Following NASA's award announcement, SpaceX shared an updated render of the Starship lunar lander. As opposed to an earlier image (pictured above), today's image shows a Starship with a host of solar panels on the vehicle's forward (top from the ground up) section. SpaceX has extensive experience using solar panels with its spacecraft, with its Crew and Cargo Dragon powering themselves with solar energy during their stays at the International Space Station (ISS). SpaceX's upcoming Crew-2 mission will upgrade the solar panels over previous missions to improve durability.

An important factor behind SpaceX's win is Starship's ability for "quiescent" orbital operations according to the new source selection statement for today's final award. This ability will allow the vehicle to remain in the lunar orbit for up to 100 days as it waits for its crew to arrive on the Orion. This is an important criterion as it gives NASA operational leverage to plan its missions, and the solar panels that SpaceX has shown off should play a crucial role here as they will allow Starship to power up its systems and battery during the dormant period.